Private is better ... but only at making money

The Abbott Government is encouraging the states to sell off public assets in the interests of efficiency. This is a huge risk, writes Judy Crozier.

SOME YEARS AGO, a public hospital nurse needed an operation.

Not wanting to be fussed over by her friends at work, she opted for once to go private. Then, she told me, she drove everyone bats by timing how often she was checked by staff because, of course, this was many times less than would have occurred in the public sector.

My father spent a lot of time in various of those small down-the-coast private hospitals, where patients wait in their rows of beds for the doctor to make his/her occasional visits. My father was ageing, prone to episode after episode of pneumonia. He was released from one of these hospitals much too early, was so ill he was nearly comatose as he supposedly ‘recuperated’ at home. An ambulance was called and he eventually recovered with some intensive rescue-work in a public teaching hospital.

It’s an article of faith among many that private is better than public.

It must do, because money works. The profit motive makes you strive for better.

They say this despite the evidence. The mantra remains even after the near-collapse of world finance, of those massive international and very privately-owned institutions who lost the life savings and homes of countless world citizens. Those institutions who themselves sometimes foundered and sank leaving their investors ashen with shock.

The U.S. Senate's Levin–Coburn Report found the Global Financial Crisis arose out of

'... high risk, complex financial products; undisclosed conflicts of interest; the failure of regulators, the credit rating agencies, and the market itself to rein in the excesses of Wall Street.'

And yet the popular cliché remains, as far as I can discern it, that privately-run business or industry must be more effective, more efficient and so on, because the need to make money ensures it.

The GFC was, of course, the latest worldwide failure of private corporates. Locally, we’ve had some spectacular, sometimes deadly examples as well.

Esso’s Victorian Longford gas plant blew up in September 1998, killing two men and creating chaos throughout Victoria for two weeks. Unsurprisingly, Esso tried to blame operators, but the investigating Royal Commission found instead that no-one on site really understood the dangers, and that that training was inadequate.

Further, according to the ANU’s Andrew Hopkins, PhD, who wrote the paper ‘Lessons from Esso’s Gas Plant Explosion at Longford’:

'A major contributing factor was the fact that Esso had not carried out a critical hazard identification process, standard in the industry, know as a HAZOP.'

'... have turned a blind eye to the need for Victorian coal power stations to make adequate provisions to clean up their mines when they are finished.'

In other words, these money-spinners do not regulate themselves. Money doesn’t make them do it — regulation and oversight does.

And one could also ask the question: When the argument is made that private enterprises are more efficient, what exactly are they more efficient at?

Clearly, corners were cut at Hazelwood, where longterm safety was concerned; corners were cut in analyzing the dangers specific to these particular industries. I would hazard a guess that there was a reluctance to spend money that did not go towards immediate profitability.

I would also guess that operations of this size put pressure on governments not to pursue safety issue that they might otherwise have done had these industries remained in public hands. Shame on those governments, it’s true, but it is a fact that big business does have great influence and power, and they use this to evade oversight.

Governments: beware of the loose rein.

And we need not trust the influence of shareholders, either, whose desire for the greatest profit at the least cost is in obvious conflict with the public’s desire for both service and safety.

Australian Water Holdings is another recent example of private business perhaps not being as efficient and effective, or indeed as ethical, as their faithful would lead us to believe.

Public examination of Arthur Sinodinos, until recently Assistant Treasurer in the Federal Coalition Government, has found a corporation apparently very comfortable with its overabundance of overpaid chiefs. One of these was Arthur himself, of course, now famous for being paid $200,000 for somewhere between 25 and 40 hours of work in a year, mostly at meetings. At none of these meetings, we are led to believe, was there ever discussed the $75,000 gifted to the Liberal Party by the company, during the time when Sinodinos was both a director at AWH and the treasurer of the NSW Liberal Party.

It is well to keep in mind that the term ‘good corporate citizen’ implies that there are bad ones.

This article is not going to detail every corporation or business found to be less than pristine. I am sure that readers will have many examples, large and small, that will pop to mind. But it must be mentioned, in this time of a government-led anti-union campaign, via Murdoch mouthpiece or via Commission, that workplace injuries are a very real issue and the basis of Union demands to be allowed to enter worksites and examine conditions.

It is simple — less oversight, more injury. Because the profit motive is a much more immediate one than safety.

At a time when the Right is resurgent, along with its many empty clichés, this conversation is important. The Abbott government crows about cutting regulation, though this is surely where governments come into their own — helping to private entities act in ethical and safe ways. Yet, famously now, one regulation sought to be cut covers the obligation of financial advisors to act in the interests of their own clients.

Could disaster to families, individuals and groups be foretold here?

Yes, surely it can.

We must all remember how poor regulation meant that then-PM John Howard’s brother's company collapsed  with no provision for its workers, until pubic outcry and the unions forced both action and regulation on Howard’s Coalition government.

And, it must be said, transparency is best achieved, surely, through public ownership, where accountability is the name of the game.

Have we benefitted, really, from the privatization of our energy producers?

The profit motive, very evidently, gives no guarantee. ‘Private’ is only better at making money. If this is ‘efficiency’, then it is not enough. 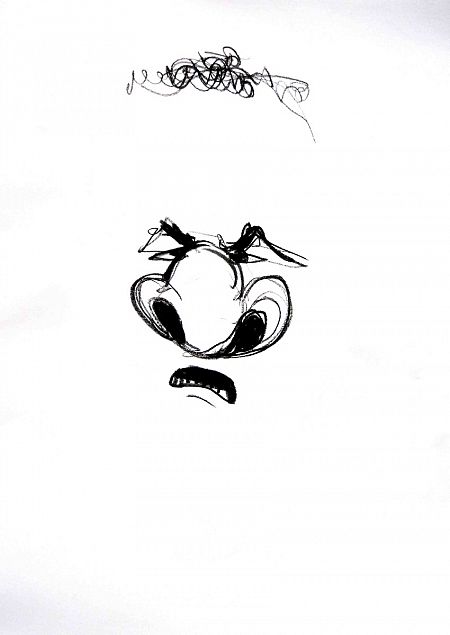 30 September 2014, 12:00pm We now have a new series of legislations limiting freedoms, but very little disc ...
Join the conversation
comments powered by Disqus
Daily news
Get FREE daily updates from IA to your inbox.
Just in
SHOP AT IA