SUBSCRIBE   DONATE LOGIN SHOP
SUBSCRIBE   DONATE
How we prevented a Morrison dictatorship
How Howard screwed the Libs
U.S. site tries to ruin what makes fairy bread great
Bloody Idiot of the Week — Episode 28: Get used to it
Morrison's 'politics of retribution'
International 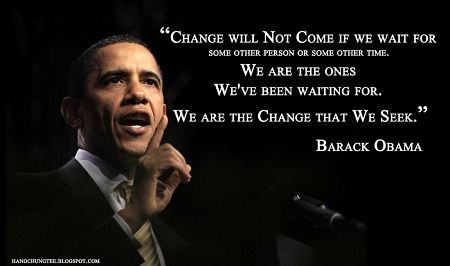 A NIGHT BEFORE the State of the Union Address Joe Biden revealed that Obama had offered Biden’s dead son Beau upkeep for his deathbed and for his family after his death and passing.

This exchange revealed the obvious — that Obama had open hands and personal goodwill, and he didn't mind if this was occasionally known.

It showed as well his occasional goodwill, a quality he occasionally made known; it was amiable, it was genial, it was "incidental" and it reflected some part of the man himself.

It it hard in this context to regard what he is in as as a moral contest for the presidency. He plays his wistfulness, his self-mocking, his good-humour, his adolescent levity unlike another candidate for that office. He engages us in his quest. He speaks for us. He is one of us.

This quality he has is no more, perhaps, than what many a Protestant parson has impersonated in America down the years. He suffers our suffering. He defines our suffering with his own. He speaks for us in some measure as Reagan did, FDR; Teddy Roosevelt; Abe in his "dirty smoking room mode", in jokes against himself and against his audience.

It is this quality that makes him still, and more so every week, the "female candidate". No candidate will be better believed on women’s issues, but on these matters he will be more believed, and he will win in any fair election in which women vote. He is one of them.

It’s a great, quiet shift in presidential politics. It would not have occurred had Hillary’s initial opponent – or one of them – been a woman. He had to negate that difference, and transcend race and gender simultaneously.

"It diminishes us in the eyes of the world. And it betrays who we are as a country" https://t.co/nLhKraDm3l #SOTU pic.twitter.com/9ePfNDU9fS

He could not have achieved it had not Palin been an idiot.

But she was — and now it is fashionable that gays should marry; young people should not be let come with hand guns into kindergarterns; politicians should not curse Muslims, nor deride foreigners; the word "alien" should not be commonly used to describle a coloured leader; it seems wrong to deride, in public, a woman’s bodily functions and so on. This is not because of Hillary, it is because of Obama and his first candidacy. And so it goes.

It was a near fought thing, a near run thing, but now (I believe) it’s won.