NSW foster parents are living on a prayer

The NSW Government has slashed foster parents' allowances from $16,000 per annum to just $1,500. What does this mean for the children? Peter Wicks comments.

We’ve all seen them, noses in the air, looking down on us mere mortals. 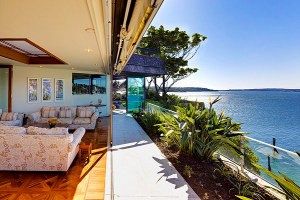 They spend their lives living in their harbour side mansions, on their yachts or cruise boats, flying to France for the weekend in their private jet, or being chauffeured around town. When we see them, we don’t know whether to hate them or envy them, so we end up doing a little of both.

Some call them “fat cats”, some snobs, but we all know what they really are: Foster Parents who adopt needy children.

Luckily, we now have a Liberal Government in NSW, and an expert like Pru Goward in the minister’s chair, so finally we will see an end to these parasites bleeding the government and taxpayer dry.

Those greedy individuals with the blackest of hearts, think that adopting a child that has often been sexually, physically or emotionally abused means they can live like absolute royalty on around $16,000 a year. What a lark! 16 Grand, just for taking on one of the hardest jobs imaginable, 24hrs a day. 16 Grand, just for saving the taxpayer around double that figure by relieving the Dept Of Community Services. 16 Grand, how greedy are they, and what type of mugs do they take us for?

Thank god, Barry O’Farrell and Pru Goward have wised up, and are now going to pay them a far more realistic figure to adopt and take responsibility for a troubled child.

Anyone who can’t raise a troubled child for $4.11 a day is a fool, is what Pru and Barry seem to be telling us.

$4.11, they think, is more than enough for three meals a day, clothing, educational needs, medicinal needs, in fact, all a growing child needs. That will get them a tin of baked beans, or some pot noodles, that can be easily stretched into 3 meals, with change left over. What more could they want?

I am hoping that Pru and Barry were taking some strong hallucinogenic drugs when this decision was made, and will soon come back to reality, the only other option is unthinkable.


I can’t say I’m surprised though really. After Pru’s chat on the ABC’s 7 30 where she tried to explain that DOCS seeing more needy children under the previous Labor Government, for less cost to the taxpayer, was somehow a bad thing; I guess logic isn’t Pru’s strong point.

These absolute saints (and I don’t use that term lightly) who look after troubled children need all our, and our Government’s, support. None of them do it for the money, as the $16,000 they were getting under the Keneally government – the one with a conscience – hardly covered the cost of raising a child, and certainly doesn’t compensate for the heartache that often comes with the role.

But these people don’t do it for the money, they do it because they have a heart of gold.

This Liberal Government we have in NSW has so far shown itself to be the worst government in Australia’s history — with the possible exception of the current Baillieu Liberal government in Victoria.

I guess that’s why, a few weeks ago, Sydney saw the largest political protest in this country since the last century — and more than six times the size of the Canberra anti-science rallies.

Barry O’Farrell has shown himself to be happy to attack the most vulnerable, and to lie openly about Federal issues which are above his pay grade — such as pricing carbon.

Now with this latest slap in the face of decency, devised by Pru Goward, they have shown that they will find the most kind-hearted and charitable amongst us, then use them, before kicking them in the teeth.

If any of you reading this are Foster Carers, please take note, as it’s the only reason I can sleep at night: I know I didn’t vote for these mongrels...