A recent Victorian Government report on the gig economy reveals a sector governed by laws that act against workers' interests, writes Sam Brennan.

THE GIG ECONOMY exploded onto the scene after traditional and secure work plummeted around the world after the Global Financial Crisis. The sector is dominated by tech giants who make their profits by connecting workers with customers, like Uber, Menulog, Airtasker and more.

The Victorian Government recently published a landmark report by an inquiry into the on-demand workforce (the gig economy), which explores the complex laws surrounding the issue and damning lack of worker security.

You're not an employee

If you are a driver for Uber, if Uber decides your pay, if you get your wage from Uber and if you can be fired by Uber, are you an employee of Uber?

The answer is no, you are not an employee at all.

Instead, you are – in the flowery language of corporate jargon – an “entrepreneur”, “partner”, “tasker” or “freelancer”. If you look closely, you will find a slate of less flattering, more legal jargon describing you as a “non-employee”, “independent contractor” or even a “small business owner”. These terms all emerge from a gap in current labour law.

Australia’s labour law stems from the “wage-work bargain”, in which an employee will get paid for a willingness to work for a set period of time even if there is no work to be done. The theory came from master-servant relationships of the 18th Century, where the servant would mull around waiting on their master until they were needed.

Gig economy companies argue that this wage-work bargain is not applicable to them, because their “partners” get to decide their own times and wages are based on a single task, not hours spent ready to do tasks.

This highly theoretical legal distinction has very real material impacts. As an employee, you are guaranteed a minimum wage, the right to collective action, superannuation and more. But a non-employee (a gig economy worker) gets none of this.

For example, a 2018 survey found that the average driver for Uber earns $16 an hour despite the national minimum wage being $19.84.

Furthermore, in 2018 when an Uber driver filed an unfair dismissal application to the Fair Work Commission, his case failed because he was found not to be an employee and therefore could not be unfairly dismissed.

This legal loophole means Uber only has a handful of employees in comparison to their 60,000 “rideshare driver-partners”, the latter of whom are paid by half a dozen subsidiary companies that allow Uber to pay only $5 million in taxes from its revenue of $474 million, or one per cent.

The argument that traditional workers get paid by the hour, while independent non-employee gig workers get paid by the task is also a false binary, as there are labour laws that cover employees who work to a task. One example is piece rates in agriculture, where the worker is paid based on how much they harvest. Importantly, piece rates guarantee minimum wage and superannuation.

Uber claims that their drivers like the current deal because it provides them with the flexibility to choose the times they work. This is not entirely true, as Uber will change prices to push drivers to work certain times. The term “flexibility” becomes even more disingenuous when it's placed in opposition to security. 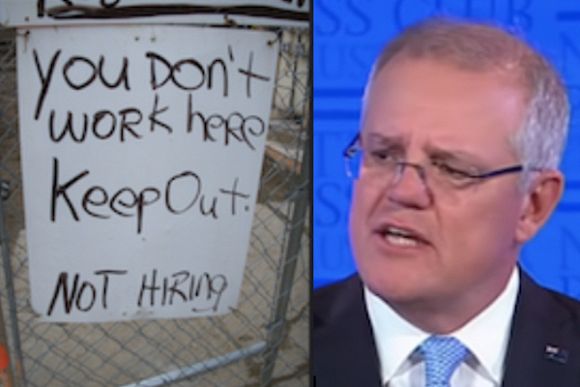 The Morrison Government’s focus on "skills" deflects attention from the real job market problems and shifts the blame to those looking for work.

Uber, in its submission to the inquiry, said flexibility was the most important aspect for their drivers and that introducing worker protections would threaten this.

‘...existing employment law means platforms like Uber are constrained in providing additional support to those who use the app to find work. This is because offering benefits and training to our partners could compromise the self-employed status of the individual.’

This is known as “reclassification risk”, where businesses are unwilling to provide benefits and security to their workers because it might reclassify them as an employee, risking their much-loved flexibility.

However, during the COVID-19 pandemic, we have seen millions of employees working from home at times that suit them, yet still keeping basic protections and benefits, indicating this trade-off is not innate.

Furthermore, it leads to companies like Uber making the bizarre argument that they can’t provide benefits to their workers, because in doing so they would be tacitly acknowledging them as employees and therefore mandated to provide benefits.

People take what they can get

Industry groups say we shouldn’t really care about all this because it is such a small part of the workforce. The Australian Chamber of Commerce and Industry said the gig economy is ‘non-statistically significant’ and advises against ‘unwarranted, misplaced or premature’ regulation.

The gig economy is hard to pin down, operating across various professions. However, a survey conducted by the inquiry found that around 14 per cent of the population had engaged in the gig economy at some point, a not-insignificant amount.

Looking into why people work in the gig economy only further reveals the importance of good pay and security. 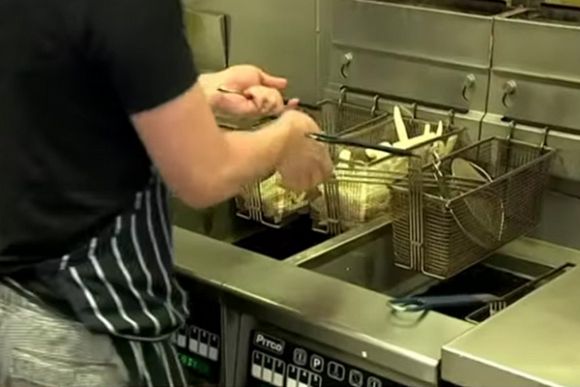 Praise and regret for the casual worker

With the changing face of our economy during the COVID-19 pandemic comes a new respect for the casual workforce.

Despite Uber claiming flexibility was the reason drivers used the app, the survey found that the main reason people engaged with the gig economy was to earn extra money.

‘This is consistent with a range of data that indicates platform [gig economy] income offers secondary rather than primary income for the majority of platform workers.’

This should not be surprising as wages stagnate and people struggle to find stable work with a constant rise in underemployment exacerbated by COVID-19.

Workers need more money because they are not getting paid enough or working enough hours. As opposed to employers raising wages or the Government furthering stimuli, the gig economy paves over the failures of the economic system by compounding them, offering even lower-paid jobs to cover the shortfall in low-paying jobs.

‘...the flexibility Uber offers is proving an attractive option for many... entrepreneurs. ...partners tell us they value the freedom of being their own boss and choosing if, when and where they drive or deliver.’

Traditionally, a boss has control over the object that employees use to produce goods and then takes a cut of the earnings. The boss owns the sewing machine at a textile factory, the coffee machine at a cafe and the software that connects drivers and passengers.

However, in a strictly legal sense, Uber is correct — our current system does not include gig economy workers as employees. This has allowed gig economy companies to push all their workers into a legal grey area where they don’t have to provide basic worker protections.

Gig economy workers still engage in this exploitative relationship because the poor economic circumstances leave them little choice. It is not a coincidence that many gig economy workers come from vulnerable socioeconomic groups, particularly migrants and young people.

The report made some important recommendations to correct this situation, including new labour laws. However, with the Government preaching the benefits of flexibility and people desperately looking for whatever job they can find, action needs to be taken sooner rather than later.