Capturing the essence of Tony Abbott brilliantly, Denise Allen says he reminds her of a Disney cartoon that showed two very different sides of Goofy.

“There is only one thing in this world, and that is to keep acquiring money and more money, power and more power. All the rest is meaningless.”
~  Tony Abbott Napoleon Bonaparte.

TO LOOK AT Tony Abbott these days, you wouldn’t think butter would melt in his mouth.

He is a quietly spoken, baby kissing man for all seasons.

The angry, feral, dummy spitting mania is gone to be dramatically and bizarrely replaced by “Mr Nice Guy”.

Abbott has had many metamorphoses over the past three years –from truck driver, to fireman, to athlete, to snake oil salesman and many more – all the while frothing at the mouth and hysterically trying to bring the minority Government.

But this transformation into “Nice Tony” is his most dramatic of all.

This is a man whose natural tendency is to punch a wall rather than accept the status quo. A man who will never accept being beaten at anything by anyone — especially not by a woman.

As a little girl I loved watching The Magical World of Disney. 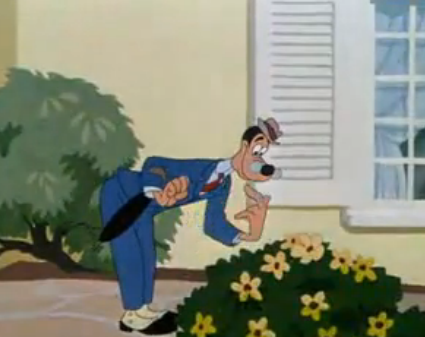 One of the cartoons I remember well is the one of Goofy aka Mr Walker. There he was, dressed in his 1950’s suit, bow tie, hat & walking stick over his arm, exiting his ordinary, everyday, neat and tidy suburban house on beautiful sunny day, little birds chirping, smelling flowers along the way — even picking one and popping into his lapel.

Until he got into his car that is; into the driver’s seat, behind the wheel.

Suddenly, “nice” Mr. Walker turned into “angry” Mr. Wheeler — a power hungry monster. Someone who thought he owned the road, who abused all and sundry along the way, throwing his power hungry road rage around, screaming at fellow drivers, smashing his way through the traffic, ignoring all the road laws, refusing to beaten, always wanting to be first. 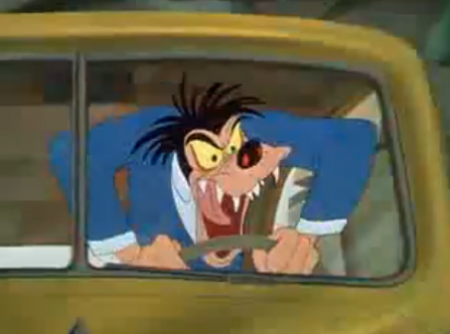 Mr Wheeler so much reminds me of Tony Abbott.

For the past three years, we have only seen Mr Wheeler.

A power hungry monster who would do anything to get behind the wheels of power. In his raging feral mania, he has screamed and abused the Prime Minister, tried to smash his way through the democratic process — desperate to snatch the Prime Ministerial car park away from a female driver who was clever enough to get that elusive “parking spot”.

Now, suddenly he has transformed into Nice Mr Walker. Butter wouldn’t melt in his mouth. He wouldn’t hurt a fly.

We still occasionally see glimpses of Mr Wheeler, contained though they may be. Abbott has to walk away from the hard questions. He’s been told to. It’s the only way he can control Mr Wheeler.


So don’t be fooled.

Abbott, aka Mr Walker (for now), will undoubtedly revert back into the road raging monster Mr Wheeler once he gets behind the wheels of power.

This time, Abbott will smash his way through the democratic process, cutting and privatising services, sacking thousands of people, never caring who he runs over as he maniacally crashes his way through the traffic with extreme right wing legislation.

We must set up the roadblocks. We have to take this dangerous driver off the road before he does any more damage.

Before he runs over everything that is just, socially decent and environmentally correct. Because if he’s allowed to continue, there’ll be a hit and run — the innocent and the vulnerable in our society; the disadvantaged; the families and the workers.

It’s up to the Australian people to take this power hungry, road raging monster’s license to drive all the way to the Lodge away from him.

Before it’s too late.

By the way, in the cartoon, it was Mr Wheeler who ended up getting towed away in his broken down car. Let’s make sure the same thing happens with Mr Abbott.

The perils of being an older intern in a modern world

27 February 2021, 3:30pm Internships might seem appealing to younger people entering the workforce, but to ...