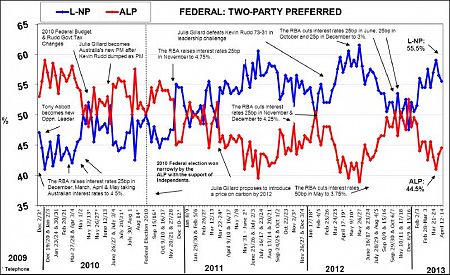 The multi-mode poll* was held from April 11-14 with an Australia-wide cross-section of 3,835 Australian electors aged 18+.

“Gillard’s announcement of the trade deal with China came as the Opposition launched its answer to the Government’s National Broadband Network (NBN)," he said. 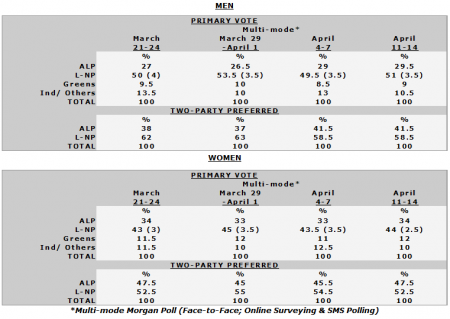 
“If an election for the House of Representatives were held today — which party would receive your first preference?”

For the full findings from this poll, please click here.