Australian racetracks are brutal and dangerous for dogs and animal abuse within the sport is rife, yet state governments still proclaim their support for the greyhound racing industry, writes Jeroen van Kernebeek.

A large gathering of greyhound welfare advocates staged a demonstration before the event, condemning the racing industry for its unsafe racetracks, greyhound rehoming crisis and live baiting and drug allegations.

Held at Sydney’s Wentworth Park racetrack on 24 September, the MDC is billed as the world’s richest greyhound race.

However, a spate of greyhound racing deaths marred the build-up to the event — four greyhounds died on NSW tracks in the week before the MDC, three on the day that the head of Greyhound Racing NSW described dog racing as a "wholesome sport".

Another greyhound was killed on a NSW track the day following the MDC.

The Million Dollar Chase represents everything that is wrong with greyhound racing today. Money is being diverted away from animal welfare, tracks are unsafe and killing dogs, and the NSW Government is gifting a dog-killing industry with taxpayer dollars.

Monitoring of publicly-available stewards’ reports shows that 41 greyhounds have died racing on NSW racetracks in 2022, with 121 killed nationwide. More than 7,400 dogs have been injured on Australian tracks. On average, three greyhounds die racing every week, with 27 injured every day.

In a press release hyping up the big chase, NSW Minister for Hospitality and Racing Kevin Anderson said:

'... this important event puts the industry on a world stage.'

Anderson lists 18 NSW racetracks that shared qualifying races for the MDC. He doesn’t mention that these tracks have already seen 37 dog deaths in 2022 and a total of 124 deaths within the last three years, with 7,300 greyhounds injured.

The greyhound racing industry can give away a million-dollar prize and offer another million dollars to a lucky punter on the night, but can’t save the life of a dog with a broken leg.

Ninety-two greyhounds have been euthanased with leg injuries on Australian racetracks this year. A million dollars would have paid for their treatment. The racing industry’s priorities are all wrong. Prizes and profits are prioritised over animal welfare.

A million dollars would go some way to addressing the current greyhound rehoming crisis, where the industry breeds six times as many dogs as can be rehomed. Private and community greyhound rehomers are starved of funds yet carry the burden of rehoming most greyhounds.

Ongoing animal cruelty continues. Greyhound racing was rocked by allegations of live baiting and using prohibited substances while qualifying heats were being held for the MDC. The racing industry will deny live baiting still happens, but this year a NSW trainer received a lifetime disqualification. Rural properties are hard to monitor as regards this illegal practice.

Another form of suffering inflicted on greyhounds is the breeding procedure known as surgical artificial insemination. Banned overseas because it is the mutilation of the female dog, this year NSW Minister for Agriculture Dugald Saunders overturned a proposed ban on the practice.

Analysis of stewards’ reports reveals the hard lives of racing greyhounds. The Coalition for the Protection of Greyhounds (CPG) has been tracking the racing frequency of dogs in Victoria, where stewards regularly show concern for how many times dogs are raced — yet no action is ever taken. 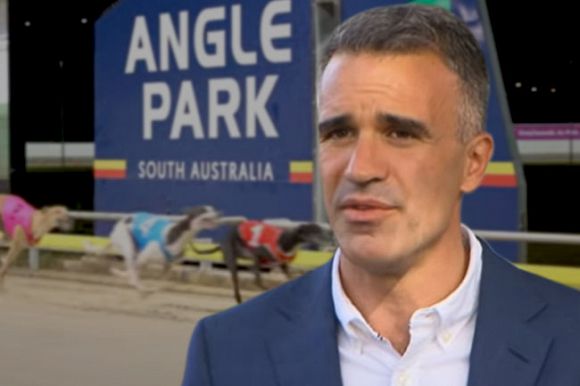 The SA State Government has the opportunity to pass legislation demanding transparency within the state's greyhound racing industry.

This year CPG has recorded nine greyhounds as collapsing and dying after their races; many of these had a heavy racing schedule.

Australian racetracks are brutal and dangerous for dogs. Greyhounds race at up to 70 kilometres per hour and any fall or stumble can lead to broken legs, which often means euthanasia as earning capacity ends. The deadliness of Australian racetracks is revealed in the 'Lethal Tracks' reports published by CPG — this data hasn’t been disputed by the racing industry.

Curved tracks are the deadliest, as the dogs bunch together on the turns and collide. This year, 71 per cent of fatal incidents nationwide occurred at track turns. Straight tracks kill fewer dogs, but they still kill.

While the promotional marketing video for the MDC showed greyhounds in beautiful slow motion, a collation of race videos at Wentworth Park showed a disturbing number of incidents, mostly at the first turn.

We’re lucky to see those images. Greyhound industry bodies now regularly censor race videos that show dogs being hurt on tracks. They also refuse to say which dogs die at which tracks, or which injured dogs are euthanased away from the racetracks. Autopsy reports are kept secret.

Despite all the evidence of ongoing dog abuse, all this pain and all this lack of transparency, state governments still proclaim their support for the greyhound racing industry. Only the ACT has banned dog racing in Australia.

Millions of taxpayer dollars are poured into the greyhound racing industry every year. CPG tries to monitor public funding but details are often opaque and complex. In an exchange during Question Time in the Australian Parliament, Anderson wouldn’t disclose how much money he gave to dog racing in the last financial year.

In early 2017, the NSW Government pledged $30 million as part of a five-year program to bring racing tracks up to minimum welfare standards. Only $11 million has been spent and the racing minister won’t reveal which tracks do not meet these minimum standards. 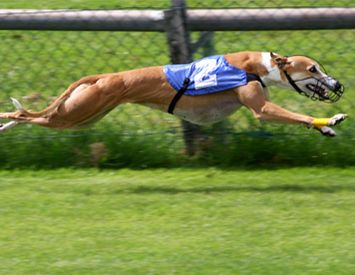 State governments and the racing industry have used track upgrades as a PR exercise to promote messages about improving animal welfare while they secure the future of the business.

This new generation of “safe” racetracks is influenced by engineers from the University of Technology Sydney and supposedly employs the latest "design innovations".

In practice, however, dogs keep dying. Three new flagship tracks (Angle Park SA, Grafton NSW and Traralgon VIC) have cost a total of $13.6 million – most of it public funds – and have killed at least 17 dogs that we know of.

The racing industry and its government allies do their best to gloss over the cruelties of dog racing and present a positive image of animal exploitation. Public relations is now a key weapon, and “animal welfare” – a non-existent phrase a few years ago – is the main mantra uttered by those with a stake in dog racing.

Greyhound NSW has used a campaign of paid articles to spread the "good word". Other state and national conservative media show their support with happy articles and racing results.

Racing participants themselves repeat certain phrases designed to reassure the public, such as “we love our dogs” or “greyhounds love to race”.

On a more personal basis, they also write comments such as this one, sent to CPG after the Million Dollar Chase protest:

'You need to all get fucking life no idea what you are talking about greyhounds are looked after better than people bred to run lucky i wasnt there saturday night would have been fun to run into you lowlife maggots [sic].'

This style of language is actually quite common among leaders in the greyhound racing industry.

As scrutiny on the industry increases and community feeling against dog racing grows, we can expect more of this type of communication — along with the death threats.

Jeroen van Kernebeek was the first international director of GREY2K USA Worldwide. He is currently the strategy and campaigns director of the Coalition for the Protection of Greyhounds (CPG).

2 October 2022, 12:00pm Australian racetracks are brutal and dangerous for dogs and animal abuse within ...
Join the conversation
comments powered by Disqus
News updates