Just when you thought the Indonesian crisis couldn't get much worse for Tony Abbott and the Liberals, their chief pollster and strategist has let rip with a racist tweet. Matthew N. Donovan reports.

Not satisfied with his spray, he decided to retweet:

I more than understand politics is stressful and social media at times, heightens tensions and leads to foolish and ill-informed tweets. However, further examinations of his Twitter feed shows that, not only does he not regret the repugnant comment, but he goes into further details as he rebukes opponents.

Incredibly, Textor has denied that he was referring to the Indonesian minister.

From Jonathan Swan's article in the Sydney Morning Herald:

Mr Textor said nobody in the Abbott government had mentioned the offensive tweet nor had anyone told him to delete it.

Textor is well known for his robust tweets. Here are some other tasteful comments about Indonesia:

@markatextor: "Last time I looked no Indonesians were ever bombed in Australia."

@markatextor: "What sort of head of state communicates with a head of a neighbouring government by twitter FFS? SBY."

@markatextor: "@mumbletwits @cathywilcox1 @jonathanvswan If that what gives you a hard-on Benty. Also save the earlier and later tweets while you are at it."

There were plenty more examples, but I think you get the point.

How much is this man, co-founder of CrosbyTextor, paid by the Liberal Party? And more importantly, why? 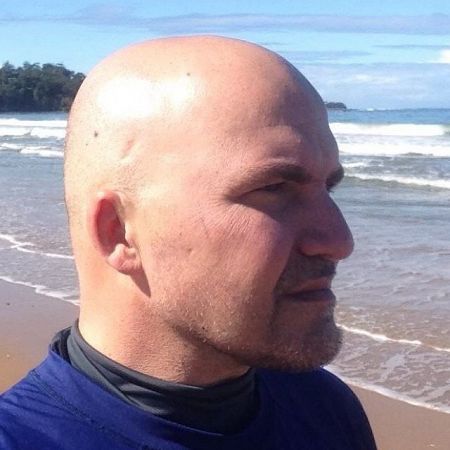 He seems incensed that the ABC and The Guardian Australia are "left wing". Seemingly upset they haven't been absorbed by News Corp Australia? I mean Rupert Murdoch only has 70 per cent of the media singing from his song sheet at present.

News Corp Australia is not so much a news service as a tool with which the American citizen Murdoch wields his influence. There is no clearer example of this than The Australian.

Every single person I know who has worked with Murdoch assures me my assessment of him is true. But will you get this from the likes of Mr Textor? Nope.

The last three years have led to some of the most vitriolic news coverage we have ever seen. Not a peep from Tories. Not a whimper.

In fact, I vaguely recall the News Corp Australia press going appoplectic when media reforms designed to hold them to account were floated. I'm sure Mark and fellow Institute of Public Affairs (IPA) lovers were among them.

All of a sudden freedom of the press is a travesty?

Tony Abbott has clearly bungled this Indonesian situation. Australians are embarrassed. It is a tough issue but his diplomatic abilities are as horrific as expected. He has no tact and no ability to show genuine contrition, understanding or remorse.

His efforts to appear as such are painfully forced and makes Indonesia – as it makes me – feel like they are being lectured by the "adults".

The Indonesian Government has withstood Abbott's shameless "grandstanding" for years as he sought to draw them into his political quest for power. I think they have been more than patient with him.

Mr Textor's offence at SBY using Twitter to express regret about the intelligence leaks makes no sense given Tony Abbott has not seen fit to pay the Indonesia Government the respect of a phonecall, instead preferring to defiantly lecture them via the Australian Parliament.

I find it humourous Textor is deemed to be the 'most astute judge of public sentiment in Australia today' on his firm CrosbyTextor's website. Self appointed as well one assumes?

Based on his infantile online behaviour, I would suggest he perhaps undertakes a professional image makeover and social media strategy session. The very advice I assume he gives others?

Mark is convinced nobody in Australia gives a "rats arse" about Abbott's inability to handle the relationship between us and our "closest friend". Wishful thinking, I would suggest.

This is not a light matter. The weakening of this key relationship will linger for an extended period of time and is highly regrettable, not to mention highly aviodable.

After witnessing, and cringing through, Tony Abbott's Asian Sorry Tour early in the piece, I suggest he scratch up on his diplomacy skills before ever leaving our shores again.

In the meantime, I can see no reason why the advice of Mr Textor would be of any value to government already under seige and desperately trying to change the subject.

I highly endorse the numerous calls for Mark Textor to resign, or at least go on a holiday. Tony Abbott is a bad enough strategist without any further assistance.

Bill Shorten is spot on. The Abbott Government must immediately review all contracts it has with CrosbyTextor.

UPDATE: Mark Textor has now made Time.com, as the scandal grows:
Features #1