The Western Australian Government needs to adapt its pandemic plan based on its successful response to the COVID-19 crisis, write Susannah Nichols and Dr Dean Aszkielowicz.

WESTERN AUSTRALIANS are emerging from an uncertain period, as recent COVID-19 cases threatened to place parts of the state in an extended lockdown. Throughout the pandemic, Premier Mark McGowan has deployed strict measures to head off the potential spread of the virus in the community which have included varying degrees of border control and lockdowns.

In WA, the pandemic is often treated by both politicians and the public as an episodic crisis, rather than a long-term, complex, public health challenge. This has contributed to some areas of the pandemic public health policy response being overlooked.

After a tumultuous early period with the virus, the state has spent most of the past 12 months in relative calm. Premier McGowan – already popular at the beginning of the pandemic – rose to hero status when he closed the state’s border. To those outside WA, it might be hard to grasp how popular the Premier is. He is seen by many as a different kind of political leader, who is prepared to stand up for the people and protect them at all costs.

Western Australians watched parts of the world descend into a deadly struggle against the virus, while life in WA was safe and, soon enough, normal. The peoples’ appreciation and adoration for the Premier and his handling of the pandemic was reflected in the recent election outcome, which saw the Government returned to office emphatically. 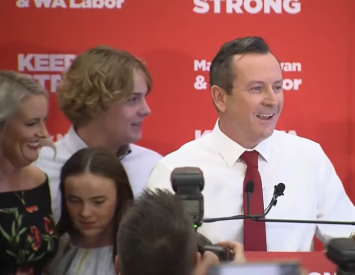 McGowan’s hard line in the early months of the pandemic played an important role in preventing the virus from taking hold in the community — an achievement that the Government can be proud of. In the calmer months behind the state’s border shield, the Government’s public health policy response to the pandemic failed to evolve and it is fair to ask how much more prepared the state is for a major outbreak of the virus now than it was 12 months ago.

During episodes of a potential outbreak, the Government makes a virtue of “following the health advice”, but there is very little discussion of what that health advice could tell us about the pandemic as a broader issue in the community or how we could prepare for future outbreaks.

In the initial stages of the pandemic, the Government’s response to the pandemic was shaped by the 2014 iteration of the state’s Pandemic Plan, expert health advice and considerable unease and uncertainty as COVID-19 crippled health systems across Europe. This response included a suite of “unprecedented” measures to swiftly secure the health of the community with an eventual planned transition out of restrictions. Understandably, this was to a large extent “policymaking on the run”.

During the outbreaks that occurred over recent months, the Government appeared to still be making policy on an ad hoc and inconsistent basis, despite months of a virus-free community. Measures to combat the pandemic remained harsh and appeared suddenly with little warning. While the public remains supportive of the measures overall, frustrations have begun to appear, particularly in the business sector. There are also signs that from a public health point of view, harsh measures are not, on their own, a long-term solution. The Government is now entering a more difficult policymaking environment.

McGowan’s response needs to evolve and the good situation the state is in means that it can. The Government has the time to innovate and draw on the vast expertise of the public sector to develop a considered and transparent policy response for future outbreaks. The WA Government also has the resource sector that ought to remain a strong driver of the state’s wealth — virus or not. 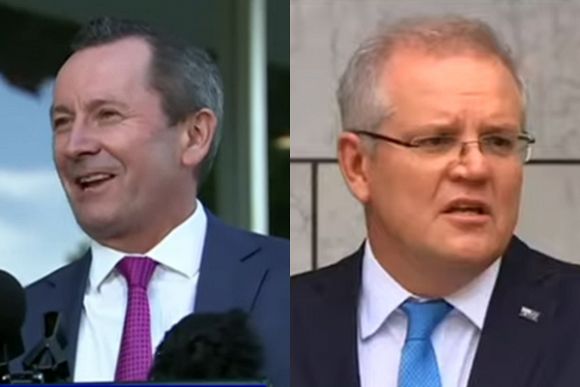 The huge expanse of WA is also an advantage. Even for a person living in the metropolitan area, an outbreak of the virus could be over 50 kilometres away. There is certainly scope, then, to develop a more forward-thinking, considered policy and to clearly communicate it to the community. WA can learn from other jurisdictions that have had similar exposure and have implemented a range of policies in response — New Zealand and Taiwan provide good examples of forward-thinking policy plans. For example, an alert system that allows businesses to plan around what will be implemented under certain conditions would be useful here. Measures such as these would provide a level of certainty, during what will remain uncertain times.

There are compelling public health reasons for why the pandemic response should evolve. Whilst critical response health advice is important to responsible decision-making, it must be taken with consideration to other factors to form a policy approach over the longer term. Policy must balance short-term measures with mitigating the long-term consequences of decisions made. If a policy is going to have negative consequences to parts of the community, there must be other measures in place to mitigate or minimise the harm caused. As one example, incidents of family violence have increased steadily since the outbreak of the virus. The Government’s pandemic response needs to include a plan to address this.

It is also important to acknowledge that public health policy can never become too focused on one issue — even if it is a pandemic. During the Election, the Government maintained its commitment to implementing the recommendations from the 2019 Sustainable Health Review. Many of these recommendations are preventative in nature and community-based in areas that include obesity, alcohol and other drugs, mental health, gambling and “at-risk” groups within the community. Ensuring the continuation of a robust public health policy platform will ensure the state is equipped to handle existing public health concerns and any potential threat the pandemic may bring. 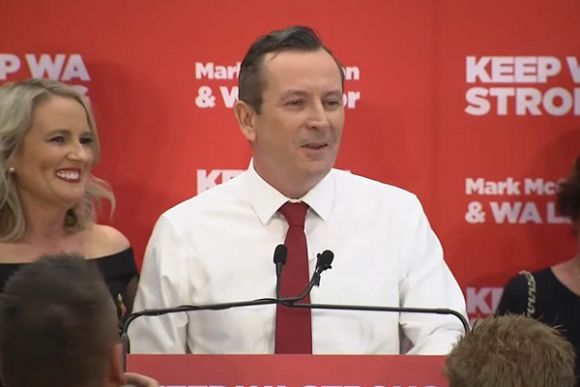 Labor's landslide victory in the WA Election could mean a greener future for the state and hopefully inspire the Federal Government to do better.

These more nuanced arguments around public health can be difficult to communicate to the electorate and in this regard, McGowan is a victim of his own success. His popularity was built on his harsh measures, but this has led to an expectation that a strong pandemic response means zero cases and that there are no alternatives to hard measures. The fact McGowan has effectively sidelined the Opposition has also – perhaps counterintuitively – made it harder for his approach to evolve.

The Opposition has struggled to offer any alternative policies, which has only strengthened the view that there are no other pathways available to the Government. Traditionally, parliamentary committees have been locations for bipartisan discussion of industry advice and public submissions — including in the public health arena. It remains to be seen what such a tiny Opposition presence can contribute to these in the new Parliament.

The press is in a difficult position, too. There are some local media figures who take a critical approach to the pandemic response, but this coverage is overwhelmed by the large section of the press who act as McGowan’s cheer squad. During WA’s most recent lockdown, a local reporter from a popular Seven West media outlet, wrote a piece that described the public outpouring of affection for the Premier, referring to him as ‘our “State Daddy”’.

WA’s paternal affection for McGowan means he needs to continue to meet these high expectations and meanwhile guide the Government to come up with the answers to some very complicated questions.

Susannah Nichols is a PhD candidate and tutor at Murdoch University.

11 June 2021, 4:30pm The Western Australian Government needs to adapt its pandemic plan based on its ...
Join the conversation
comments powered by Disqus
News updates