Lest we forget the KP120

The Australian Government is commemorating our fallen soldiers on ANZAC Day while turning its back on those seeking asylum from war, writes Tom Tanuki.

ANZAC DAY has been the subject of division over its purpose since it was first held in 1916. Its great potential is as a day of mourning — a call to remember the horrors of war and conduct ourselves with greater humanity so that we may never repeat them.

But we have been coaxed into trading 25 April’s sombre remembrance for a breathless nationalism that seems tactical, as though it benefits nobody but our government. We should avoid the tasteless “celebrations” that successive Australian governments have foisted upon us and opt for a genuine anti-war, anti-nationalist remembrance of our own.

This year I choose to remember something many of us forget: the KP120.

The KP120 refers to 120 people who fled situations of war and unrest to seek asylum in Australia. That is their legal and human right. We imprisoned them for many years in offshore internment camps built on Nauru and Manus Island. Last year, the KP120 were shuttled into hotel detention in Kangaroo Point, Brisbane. In hotel confinement, their conditions remained cruel, inhumane and punitive. Theirs is only the latest chapter in Australia’s punishment of people for seeking asylum from war. To remember this arrogance and brutality, this year I say, lest we forget the KP120.

I know that unsanctioned use of the term “lest we forget” constitutes an act of high treason, but I don’t intend this as bait. It feels like bait because no freedom of expression is permitted around the nationalist rendition of ANZAC Day. The response to any attitude that isn’t absolute reverence of war is that it all belittles the sacrifices of Australians’ ancestors. Gallipoli veterans aren’t here to argue or agree, so in their stead, their ever-proliferating great-grandchildren storm the shores of Facebook to express the general idea that traitors should be punished for mocking their grandpa’s legacy.

Yassmin Abdel-Magied discovered that grandpa’s legacy is apparently very easy to mock.  But I don’t intend to do that. (I am a White bloke, not a Muslim woman, so in any event, my words won’t lead to much outrage even if I wanted them to. Which I don’t.) Of course, you should attend dawn services and commemorate the record or legacy of your forebears. Mocking anyone’s service record, or belittling any individual military sacrifice, isn’t my aim.

I only mean what I say: don’t forget. Strange that it feels controversial to say so. ANZAC Day was once a day on which people could press for remembrance, peace and anti-war sentiment.

It’s as though there are two ANZAC Days. Since 1916, a stark divide existed between many people marking the occasion and the authorities attempting to mould a nationalist tradition. Official war historians and lobby groups like the RSL championed a breathless day of patriotism and militarism in the 1920s-1930s, even as activists – alongside veterans – tried to guard the intent of a sombre day of mourning. Gallipoli veterans protested against the construction of the Shrine of Remembrance, saying that it glorified war.

As our government prepared to contribute soldiers to America’s imperialist Vietnam War, ordinary Australians used the day to hold peace rallies. One rally in Adelaide, 1968 saw placards saying ‘Lest we forget the Vietnamese’. It was once considered appropriate to hold peace marches on ANZAC Day. 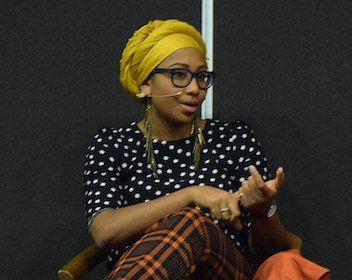 Anzac Day and Abdel-Magied: The point for migrants and people of colour

By vilifying Abdel-Magied, conservative white Australia was making a point for the benefit of migrants and people of colour.

Sentimentality about the “honour” of war was a pre-World War 1 privilege. It died with the gruesome reality of that conflict. The state of warfare and its human cost had changed drastically and returning veterans bore scars of war like the world hadn’t seen. No nation who had participated in that bloodbath talked about honour in battle anymore.

But alongside that sombre attitude, the other ANZAC Day, with its parallel nationalist tradition, posited that soldiers who died in Gallipoli were Christ-like figures. They created a founding national legacy for Australia by shedding their blood on the shores of Anzac Cove. Their blood helped us blossom into a full-fledged nation. So goes the myth.

The consensus among many Australians after WW1 was that Australia’s contribution of troops, borne of a desire to contribute to the “mother country”, was a grave, needless mistake. The new ANZAC nation-making myth didn’t sit well with many, including returned ANZACs themselves, in the decades following WW1. Later, the tradition clashed with the anti-war movement of the 1960s and 1970s. ANZAC Day has been partial to cultural conflict for generations.

Who does the nationalist rendition of ANZAC Day benefit? It doesn’t help bring the nation together in remembrance, as we have seen in the continued refusal to incorporate the only wars that ever took place on this continent into official ANZAC Day commemoration. But it has helped us agree to go to war again. Former Prime Minister John Howard oversaw the revitalisation of the “ANZAC legend”, funding bulked-up school education programs and “celebrations” via the expanded DVA.

By the time 11 September 2001 had passed, he had primed us to send troops to Iraq and later Afghanistan. History tells us these were wars that shouldn’t have been waged, that we should not have attended. (100,000 people rallied in Melbourne CBD in February 2003 to protest this unnecessary war, myself included; really, we all knew at the time.) But still, we sent troops to assist an imperialist parent power we were eager to please. Again. The nationalist sentiment of ANZAC Day was therefore useful to Howard’s government in enabling him to send more Australians off to unnecessary wars. 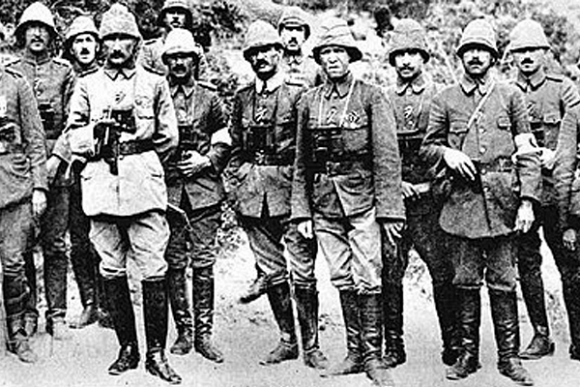 ANZAC and the Muslims of the Empire

Despite feelings of resentment present towards Muslims in the world today, many stood shoulder-to-shoulder with our troops.

Howard also opened offshore dumping grounds for refugees. Anti-migrant sentiment cultivated in the Howard era was eventually adopted by the Australia Labor Party and so his program became bipartisan. Among the KP120 are people who suffered in illegal detention for over eight years. By now, we’ve been imprisoning asylum seekers offshore for over 20 years. That’s longer than the life of every child born in Australia.

If you have voted in the past two decades, then thanks to preferential voting and the bipartisan nature of the internment camps, you have voted for this. I mean only to say that we are all participants in this national shame.

On the one year anniversary of protests against hotel detention led by Brisbane’s Refugee Solidarity Meanjin (RSM), the Government made a snap decision to move the political prisoners to Melbourne. The tireless activists of RSM protesting their detention encountered violence all year from police and private security firm Serco; now Melbourne activists will fight and inherit the brutal state response that comes with demanding the liberation of asylum seekers. Protestors face endless malignment and violence from police, the government and the media. They are heroes for staring that down.

The KP120 are only one group of people seeking asylum. Many of them fled situations of conflict. A nation that commits to remember the horror of war should consider its responsibility as a place of safe harbour for people fleeing conflict. A nation that imprisons people seeking asylum indefinitely doesn’t have the right to use an occasion of solemn remembrance to stoke nationalist sentiment for political gain. War is something to be deplored for all time. The KP120 know that better than many in power here. Lest we forget.

This weekend I will donate to the SUPPORT FOR THE KP120 fundraiser — please consider doing the same.