Regular readers of my articles will know that I am passionate about Labor Party reform, as well as seeing the influences of the old McDonald (not the Ol’ McDonald with a farm), Tripodi and Obeid factions cut out of it like the cancer they are.

Another aspect that see’s my blood start to boil is the stacking of branches to drag someone over the pre-selection line that is incapable of doing it on their own merits.

There is a pre-selection battle about to be waged in the safe Labor seat of Wollongong between an up and coming Labor candidate Paul Scully and the woman who has been connected to almost every scandal that has befallen the NSW Labor Party, sitting member Noreen Hay.

Noreen is seen by many as the last of the Eddie Obeid and Joe Tripodi camp to still hold a seat and many still scratch their heads as to why she is still there.

With so many Liberal Party members not contesting the NSW election, thanks to ICAC revelations, one would think that NSW Labor would be running a country mile from corruption connections and controversy. However, those who would have thought that clearly haven’t looked at the work of Jamie Clements since he became the NSW Labor general secretary.

In the pre-selection process for the March 2014 election candidates, we have seen branch stacking running rampant while Sussex St turns an intentional blind eye, the pre-selection of domestic violence apologists and decisions by the Candidate Review Committee that would make anyone wonder what someone would have to do to be knocked back for endorsement.

Yet, with what Jamie Clements calls "leadership", the ALP have a better chance of winning the FIFA World Cup than winning the March State Election.

There have been allegations of Sussex St interference in the Wollongong pre-selection in a bid to protect Noreen Hay — something that has bewildered many. In fact, a large number of members I have spoken with have wondered aloud exactly what Noreen's connection with the NSW Labor Secretary is, for him to continue backing her.

As the battle for the pre-selection heats up, it has been alleged that there may be as many as 42 new members suddenly in the Kiera branch — almost all supporters of Noreen. Recently, Fairfax investigated these claims and actually went knocking on doors. They found supporters of Hay still living in places from which they claimed to have moved.

I wonder how these members will be dealt with under the watch of Jamie Clements. I would expel them myself, but we will see what happens…

There are also allegations of approximately eight prior Labor members who have not been members for a couple of years now being granted continuity of their membership for re-joining, and this continuity allows them to vote for Noreen in a pre-selection.

It would seem Sussex St is pulling all sorts of strings for Noreen.

We have controversial pre-selections coming up in Auburn as well as Wollongong and both appear to involve political favours and branch stacking.

However, it will take more than controversy to finally rid the Labor Party of a stain like Noreen Hay. It takes an Administration Committee where the committee members from the Right are willing to do what is right for the Party rather than tow the factional line. It will take a Candidate Review Committee that takes their job seriously and doesn’t bow to outside pressure. However, it will also take a state secretary that has a bit of courage and one that makes a decision that they will not allow the tail to wag the dog. Alas, these are all things NSW Labor lacks currently, I fear.

Noreen Hay is no stranger to controversy. In fact, it is reasonable to suggest that controversy has courted Noreen her entire political career.

Before defecting to Labor’s Right faction, where she did the bidding of Obeid and Tripodi she was sure to publicly back Ian Macdonald in as a Minister. Now of course Macdonald and Obeid are facing criminal charges.

Noreen was elected as the boss of the Right Faction or Centre Unity after Nathan Rees as Premier got rid of Obeid, Tripodi and Macdonald and eventually dumped Noreen as a Parliamentary Secretary. If she succeeds in remaining in Parliament for another term she will be the last MP still standing that backed the dumping of Nathan Rees as leader after he declared war on all of the MP’s who later destroyed the Party’s reputation via ICAC.

One of the biggest scandals to ever hit the NSW Labor Party was the corruption scandal that engulfed Wollongong Council — on such a grand scale, ICAC recommended 139 criminal charges after their two-year investigation.

There in the centre of it all was Noreen Hay.

The scandal revolved around bribery and sex for development approvals. By the end it all, the scandal had claimed the scalps of several from senior management of Wollongong Council, four Labor Councillors and several developers.

At the time of the ICAC hearings, until Premier Morris Iemma was forced to stand her down, Noreen was parliamentary secretary for health.

Iemma stood Hay down after she admitted before ICAC to lobbying Labor councillors on behalf of Frank Vellar — one of the developer scalps the scandal claimed. Vellar was particularly close Noreen, as close as a $20,000 donation to her campaign gets you at any rate. Just to show her how much he appreciated her friendship Vellar also supplied Hay a campaign office totally rent-free for her 2007 campaign.

However, once ICAC somehow came to the decision Hay was not a person of interest, Iemma was quick to back down to his factional masters and reinstate Noreen as parliamentary secretary — a position she held until Nathan Rees crashed Centre Unity’s Party, something for which he would eventually pay a heavy price.

In 2008, when ABC Four Corners investigated the Wollongong scandal, Sarah Ferguson accurately described the system of corruption as something that had

“... poisoned the Party from its head to its grassroots."

When asked whether she was part of this system, Noreen Hay arrogantly replied:

“I work within the system that exists.” 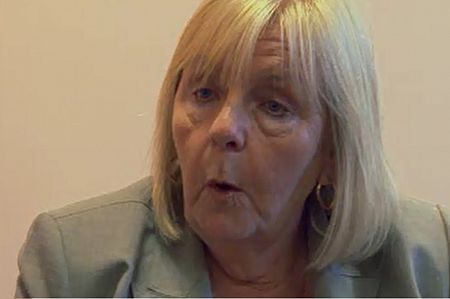 It has been alleged the system Hay used involved the regular delivery of cash in paper bags to Sussex Street, although nobody will go on record to verify that claim.

There has never been a better time for NSW Labor to turn a new page, however under the current management we seem incapable.

For the NSW Opposition Leader, John Robertson, it must be a source of constant frustration. However, if the Party cannot win an election with ten Liberal members forced out for corruption concerns he shouldn't take it personally — the problem is with Party headquarters, not the front line.

Some have even suggested that this election is being deliberately tossed to make way for the future leader of the NSW Labor Party to be able to make a move midway through next term.

The real joke is, the person of whom I speak hasn’t even been elected yet.

Peter Wicks is an ALP member and former ALP candidate for Hawkesbury. You can follow him on Twitter @madwixxy.

Who would have thought it possible? "ALP accused of dirty tricks to protect Wollongong MP Noreen Hay" http://t.co/2rs42rCP5h