Popular Canberra author and former Director of an ACT Business of the Year, Troy Simpson, has announced he will stand as an Independent for the seat of Fraser at the next Federal election. 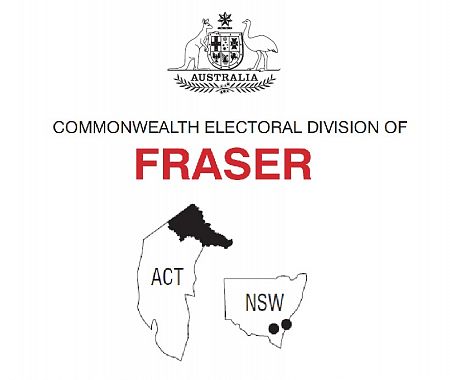 In an IA exclusive, Mr Simpson, the author of the popular book Funny English Errors and Insights, said he offered a credible non-partisan alternative.

“For Labor voters, I offer ‘small-l liberal’, progressive social policies and a chance to tell Labor to stop taking their votes for granted," said Mr Simpson.

“For Liberal voters, I put myself forward as a credible alternative to Labor....[with] a decade of experience running a successful small business, a law background, academic credentials, and a career as a published author."

“More fundamentally than all this, for all voters, I offer fact-based, common-sense solutions free of dogma, factions, and machine politics.”

Mr Simpson says he has begun his campaign deliberately early to build momentum against the popular Labor incumbent, Andrew Leigh—a person he regards as a friend.

“My campaign — our campaign — starts now, so that we can build support for the hard task ahead”, said Mr Simpson.

“I know and I like Andrew...[but] as a member of an organised political party, Andrew is inevitably subservient to the Party machine."

"By contrast, as an Independent, I can say what I believe—and believe what I say.... independence of mind is good for governance and good for the people of Fraser.”

Many of the new Independent candidate's policy positions have been published on his website http://www.troy-simpson.com. He asks voters to look beyond the major parties.

"People will know precisely how I will vote on the important issues that come before Parliament," he said.

"As well as clarity of policy, I have other strengths and resources to bring to the contest — I have time. I have ideas. And I have some formidable personalities who are backing me all the way.”

“I ask the voters in Fraser to vote for your values. Don’t sign away your vote to the parties’ factions and spin doctors."