Barnaby Joyce woke up Australian Deputy Prime Minister, but by day's end he was just another lonely sheep lover. Contributing editor-at-large Tess Lawrence reports on a remarkable day for the nation.

Farmer hero Barnaby Joyce awoke today a political rooster, but this arvo the High Court unequivocally reduced him to a mere feather duster.

The now ex-17th Deputy Prime Minister of Australia and Minister for Agriculture with a worrying, often red, sweaty visage and far away gaze in Parliament that GQ magazine's Angus Fontaine beautifully captured as 'the thousand-yard stare of a farmer in the city'.

I can't help but think of Ethel Turner's Seven Little Australians... and then there were two!

Outside of the House, Joyce is a popular and gregarious man of the people, who is rarely lost for words, and who visibly marinates under the limelight and occasional slimelight of the media and combatative politics.

Whilst publicly, through the dual citizenship fracas, he put on a brave face, he has already conceded he is not “totally surprised” at the decision that evicts him from the Lower House.

The 67-page High Court judgement absolved only two of the seven politicians whose dual citizenship ambiguity was argued before the court.

Joyce's Deputy, Fiona Nash, was declared a Pom by the Court and thus has been politically excommunicated. She had a full backpack of portfolios and the loss of Joyce and Nash would have been catastrophic if Senator Matt Canavan had not broken through the political hymen and inched his way to be a contender.

Spared the political gallows, ironically, was Joyce's stablemate, Nationals Senator Matt Canavan and here's the upshot so far: Joyce aside, the other six were all senators.

Here's the full list of the once Magnificent Seven: 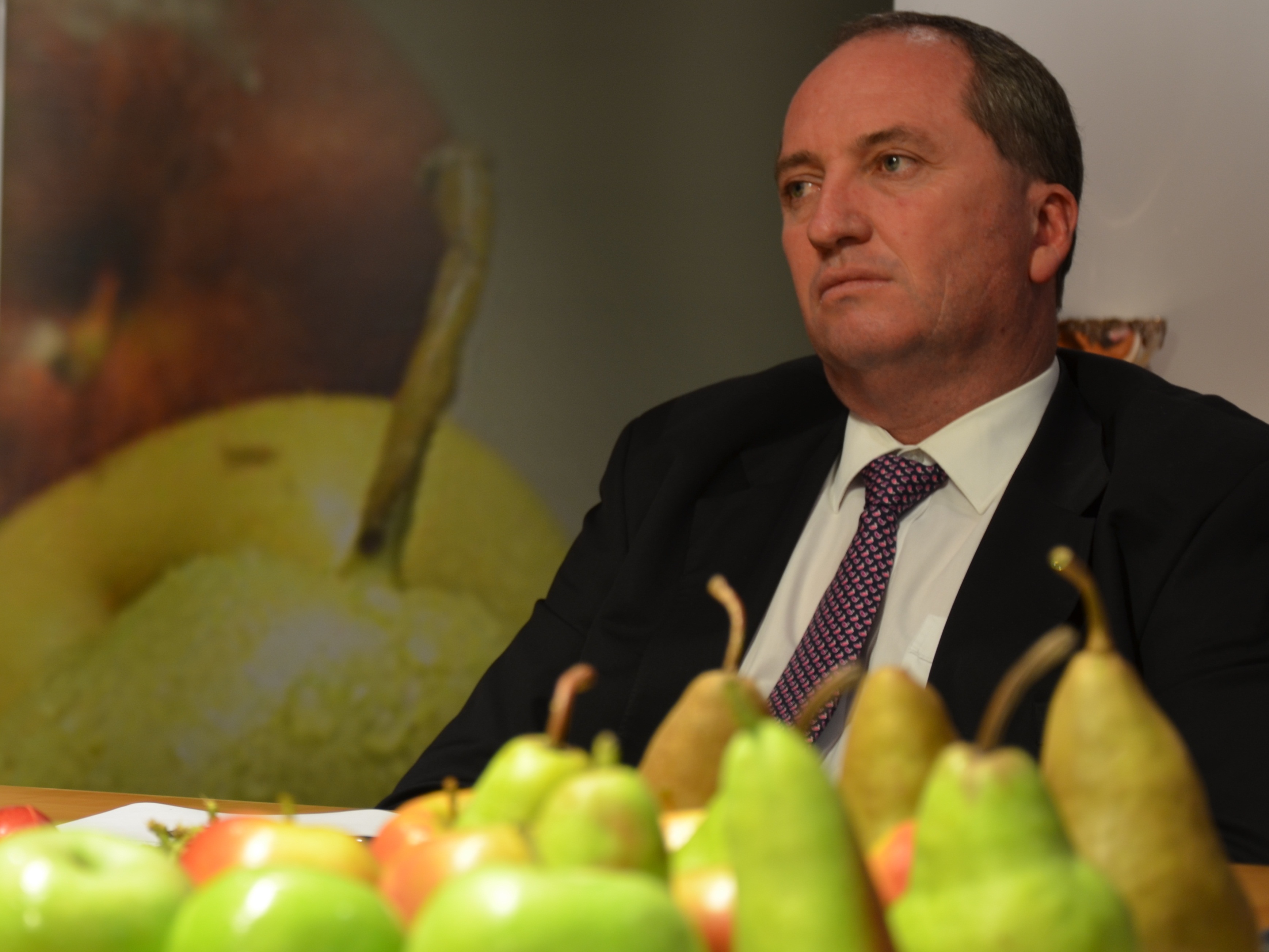 Much to the lament of the Labor Opposition and even some within the Coalition, the PM recently left Joyce in charge of the PM's joystick when he went abroad to attend the 48th Pacific Islands Forum — even if, like a mild case of Asian Flu, it was only for 48 hours.

Of course, it wasn't the first time that BJ has been in charge — but then again, in April last year, when Prime Minister Malcolm Turnbull went to China, Joyce's citizenship status was not in dispute.

Despite Turnbull's mantra that the High Court would rule in Joyce's favour, the opposite happened and his National Party sidekick was forced to relinquish his political commission.

"I'm very confident, consistent with the Solicitor-General's advice, that Barnaby Joyce will be found not to be disqualified from sitting in the House of Representatives."

"The Deputy Prime Minister is eligible to sit in this house..." pic.twitter.com/oVzfZoqC7p

As it was, shadow attorney-general Mark Dreyfus rightly criticised Mr Turnbull for saying Mr Joyce was

"... qualified to sit in the house and the High Court will so hold.”

The High Court's decision in relation to Joyce in particular, was also a thumbs down and come-uppance for the incumbent solicitor-general Stephen Donaghue, who replaced former Solicitor-General Justin Gleeson SC, who had been mired in a lurid and unseemly controversy with Attorney-General George Brandis.

Faced with an untenable situation, Gleeson had no choice but to stand down.

JUSTIN GLEESON GOT AN OFFER TOO GOOD TO RECUSE

But then he recently got an offer too good to recuse.

Gleeson represented Joyce's nemesis and electoral rival, Tony Windsor, before the High Court; sweet justice, then, to see Donaghue's legal ward, Joyce, evicted from the House. And this ain't even Bachelorette.

Joyce, the expert whipcracker and wisecracker alike, is the very embodiment of a country lad who doesn't bung on side, even when, as now, the law – and the paw – is not on his side.

He also held the Agriculture portfolio and gleefully wallowed in the international headlines that subjected him to seering caricature, both at home and abroad, a couple of years ago, when he took on film star celebrities Johnny Depp and his wife Amber Heard because of the illegal smuggling into Australia of their pet Yorkshire terriers, Pistol and Boo, on their private jet.

“It’s time that Pistol and Boo buggered off back to the United States... If he doesn’t take Boo and Pistol back, we do have to euthanize them.”

Depp and Heard had taken up temporary residence on the Gold Coast whilst Depp was filming another film in the Pirates of the Carribean series and the pooches were despatched to have what I call a grease and oil change – a shampoo and clip – and no doubt a piddle or two and a doo-doo or two-two.

Now, the High Court has told Joyce he has to bugger off.

But make no mistake, under Joyce's Akubra is a shrewd political head. He's down but he's not out for the count.

As one would expect from a former bouncer, Joyce took the decision on the chin, but announced he would remount his Brumby and again put himself forward as a candidate in the by-election in the Northern New South Wales electorate of New England caused by his disqualification.

ONCE WE WERE SERVANTS TO POLITICIANS — NOW WE'RE THEIR SLAVES

Presumably, he has now sorted out whether he's a Kiwi "bru" or "bro".

No doubt, to Joyce's relief, Tony Windsor is not going to contest the seat.

The "Is he/she an Aussie, is he, Lizzie" debate has occupied accumulative tens of thousands of hours and cost as much in dollars — maybe more.

We the people are becoming used to the squandering of our monies and parliamentary hours wasted in the pursuit of bald-faced party politics and, in this instance, gross political incompetence.

Once we were mere servants to our politicians. Now we are their slaves.

Johnny Depp hears about Barnaby Joyce getting kicked out of Parliament... pic.twitter.com/wMIua9sLdA