Jacksonville 61: A licence to print money

TUESDAY, 15 October 2013 was a significant day in the history of the Health Services Union.

It was the day Michael Williamson finally pleaded guilty to over 50 charges relating to fraud and the destruction of evidence. The amount of money he defrauded from the union came to close to $1 Million, that’s a lot of member contributions.

Williamson now faces a hefty gaol sentence, where he will have plenty of time to sit back and ponder how he took the funds of some of the nation's lowest paid workers to live the high life.

Even Kathy Jackson came out of hiding to have her say, being hailed as a hero from the right wing press and telling reporters there should be an inquiry into the HSU.

Kathy, I could not agree more.

We could start with your fiancé and his involvement. When there was an independent inquiry into the Fair Work Australia Investigation, an organisation at which your fiancé Michael Lawler was vice president, he was the only one who refused to co-operate with KPMG in the enquiry.

The only one. Why is that?

No need for an inquiry into Williamson, he is facing it in court as we speak.

No need for one into Thomson either, he is still in and out of court and Fair Work seem to be looking to bow out quietly in the civil matters by going into mediation.

So, I guess that leaves an inquiry into your spending on ski holidays, child care, booze etc and the cash payments and cash cheques, and companies that you owned such as Neranto #10. I could go on, but I won’t, the police have it all, and much of it is up on my Jacksonville resource page.

I think it is a fair question as to why you would think Craig Thomson spending $15 on an in-house movie while he was away from home on business is a horrendous rort of union members funds that should be punished, but your spending over $20,000 on a ski holiday on a union credit card is fine.

As I suggested in a previous post, the Williamson case is being used as a trigger to mount a Royal Commission or Judicial Inquiry into union corruption. Kathy Jackson is being used as the Coalition puppet that pulls the trigger.

So what's in this for Jackson?

I would presume that she is trying to seek immunity from prosecution from the mountains of allegations against her and immunity for Michael Lawler for his alleged involvement.

This cannot be allowed to happen at any cost and, if it does, it will be a sure sign that the corruption goes all the way to the top of the Liberal Party, given Lawler was appointed by Tony Abbott himself, and George Brandis and Eric Abetz have been involved throughout the ordeal.

As a bonus, she gets to drag her arch-enemy Bill Shorten into the thick of the debate, as is now happening.

If Kathy Jackson is given immunity, then she will leave others to take the fall for her — such as her fellow HSU BCOM members – who must be concerned about where they sit in all of this – as well as also Marco Bolano.

What he didn’t tell listeners is that the bullying was actually a Federal Court Order to place the union into administration and stand down all officials, and then there was an election where he was voted out by the HSU members. Since when has losing an election been referred to as being "bullied out"?

When most people lose a job that comes with a car, a computer and a phone, they tend to lose those things with it.

Marco Bolano also neglected to mention that he is still claiming workers compensation from the Union at his pay rate of $230,000 per annum through his allegations of bullying; this is being for paid by the taxpayer through Workcover. This, surely, should be stopped immediately.

There are, however, other players in the saga in NSW.

Two of these players are Richard Hew and Alf Dowling, both suppliers of printing services. Interestingly, Richard Hew has so far hardly rated a mention in this saga at all.

Much of the focus of the police investigation and media speculation has been the involvement of printing companies, of which the three primary players are Communigraphix, ER Printers and Access Focus. However, although these companies provided printing services to the HSU, they each provide a variety of other services also.

Much of the media focus has been on Communigraphix, as the owners – the Gillelands – had their home raided back at the start of the investigation, after a falling out with Kathy Jackson led to the finger being pointed their way.

Much speculation has been promoted in the press about the Gillelands providing secret commissions, however evidence of invoices emerged that prove otherwise. After Williamson's guilty plea, it has also been shown in the police statement of facts that, whilst they were approached to destroy evidence, they didn’t and, in fact, handed it over to authorities.

When Michael Williamson was elected in 1995, he dumped Communigraphix as the printer of the union magazine without explanation before, after a tender process, giving it to a company called Macquarie Business Systems. After failing to produce the magazine adequately – producing only three editions – instead of the 12 produced by Comminigraphix, the Union was forced to dump Macquarie Business Systems and approach Communigraphix again.

Communigraphix then started to again produce the magazine at the end of 1996.

In her 15 October article, Walkley Award winner Kate McClymont, refers to the printing of the union magazine like this:

'Communigraphix, was receiving $680,000 a year to produce 10 issues of the union newsletter. The same service is currently being provided for just over $100,000.'

As followers of the Jacksonville saga will not be surprised to learn, this is both incorrect and misleading.

According to the Temby report, $680,000 is the total charges for 12 months from Communigraphix. This include 11 (not 10) issues of the union magazine – which is most certainly not newsletter – and other printing services, including a contract to write an entire history of the HSU and work involving conferences and conventions. (The Temby report can be found on my resource page.)

McClymont's reporting of this is like saying that Coles made $1.3 billion profit selling baked beans, when of course they made $1.3 billion profit and one of the products sold for profit was baked beans. Communigraphix invoiced $680K in total, part of which was the printing and mailing of the approximately  48 page glossy magazine McClymont erroneously refers to as a newsletter. In fact, referring to the union magazine as a newsletter is not unlike referring to her Sydney Morning Herald as a pamphlet.

The current magazine being printed is a far more slender version than the former magazine and is direct mailed to only approximately half of the former mailing list, leading to significantly decreased printing costs. In addition, the current magazine appears to be bimonthly rather than monthly and is being done in-house, so wages and other costs of business – like tax, power and rent – are not being taken into account.

In addition, Communigraphix were approached in 1997 to provide credit card services for the NSW branch of the HSU and did so, apparently reluctantly, as a service for a client in a bid to keep the printing business and only after seeking advice from a solicitor. They produced tax invoices and reported the activity through the ATO, so there was nothing secret about it from their end, nor was it in the form of a commission.

The approach to provide credit cards came from Cheryl McMillan, who was the unions procurement manager and Michael Williamson's lover, and who was also the account holder for the notorious American Express black card which Williamson used. Williamson had held a second card attached to MacMillan's account from around 1999. 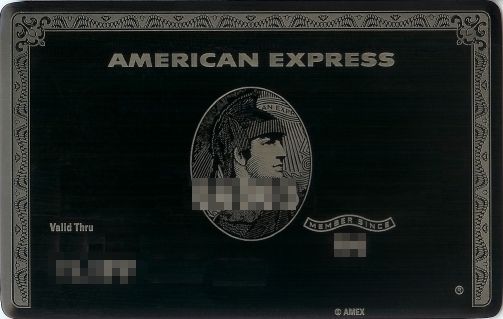 However, after the Gillelands sought advice from Kathy and Jeff Jackson on how to get out of the credit card service, as invoices were not being paid, they lost the bulk of their business again.

This time, it went to a company called ER Printers.

Kathy Jackson held a national role within the HSU – she was Secretary of HSU Number 3 Branch and also National Secretary – but there was one thing she didn’t have — a key to the NSW office.

However, many sources have claimed that Richard Hew, owner of ER Printers did.

Why would a printing subcontractor have a key to the unions office when even the National Secretary doesn’t?

Before starting ER Printers, Richard Hew worked for another supplier that did some work for the HSU. Richard was allegedly approached to start his own company so that he could take the HSU business away from his employer.

Richard Hew had pre-dated Communigraphix as a supplier to the HSU, however he was now handed the bulk of their business. Was this where some of the secret commissions we hear so much about were actually coming from? He was certainly well known for giving large cash presents each Christmas, sources claim.

As suggested here back in January this year, it would seem the secret commissions came from another supplier called Access Focus — a company which until now had been widely ignored by the press, with the exception of some investigating by Ean Higgins of The Australian, which ended up at a dead-end for him.

However, when Kate McClymont briefly looked at Access Focus owner Alf Dowling, he told her:

''I don't give backhanders because I don't make enough money.”

Over a million a year is not enough money?

Then again, this is a guy who owns the Viwa Island Resort in Fiji, so maybe a cool million doesn’t register with him.

According to the police statement of facts, Alf Dowling paid Michael Williamson over $600,000 in cash after inflating his prices.

The cash payments were organised by and made to Cheryl McMillan who also received vast sums of money for the trouble.

One would hope that the police will be laying charges on Mr Dowling soon and begin investigating Richard Hew.

Both Access Focus and ER Printers were approached to become suppliers by Cheryl McMillan, and Richard Hew is also alleged to have had a credit card attached to Cheryl McMillan's personal American Express account.

And when Ian Temby was preparing his report, Richard Hew refused to co-operate.

Craig Thomson also confirmed that he was asked questions regarding Richard Hew and ER Printers by police investigating the HSU, yet the press have not picked up on this.

Last week, I approached Richard Hew by phone and asked him if he wanted to put his side of the story forward. Mr Hew would not answer questions and said he just wanted to stay out of the whole ordeal.

Somehow, I don’t think the Fraud Squad are going to allow that to happen.

Call it a hunch.

Peter Wicks is an ALP member and former NSW State Labor candidate. You can follow Peter on Twitter @madwixxy. You can catch up on IA's full Jacksonville investigation here.