WITH ALL THE HOLLERING and scolding of Russian barbarity in Ukraine and Chinese viciousness against the Uighur populace, one could be forgiven for thinking that Australia’s politicians were presiding from the summit of human rights superiority.

The vote to remove Russia from the Human Rights Council was also greeted in Canberra with hooting sounds of approval. The savages were being banished from such bodies that have had, over the years, the membership of such joyful paragons of human rights as Saudi Arabia.

This smugness did not convince the international standards body on human rights, which has found that the Australian Human Rights Commission (AHRC) should be downgraded in its standing. The reason: seemingly political appointments, without a rigorous selection process, of Ben Gauntlett to the position of Disability Discrimination Commissioner in 2019 and Lorraine Finlay to the position of Human Rights Commissioner last year.

The Global Alliance of National Human Rights Institutions (GANHRI), which conducts the review every five years, considers whether the body in question meets the UN Principles on National Institutions which considers institutional independence for the purpose of ensuring the effective promotion and protection of human rights. 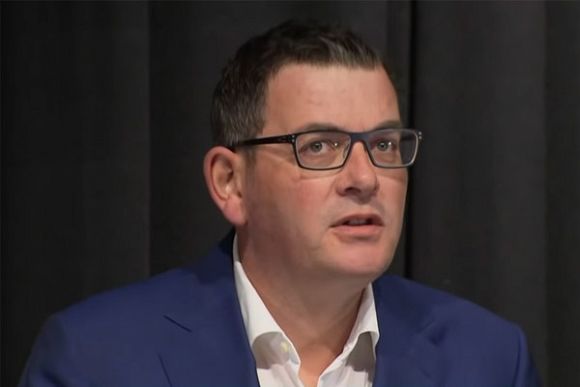 Branch stacking has been a problem across all political parties. Peter Wicks looks at ways to remedy Victorian Labor's current problems.

In a statement, the AHRC noted three possible fates: reaccreditation at the A-level; a ‘downgrade to a B-status institution’ or a deferral of the process to permit ‘serious matters of compliance to be addressed’. In some ways, the Commission has been given the worst of all worlds; being neither the most appalling, nor the best in terms of practice, it has to languish in the purgatory of deferral, with the Australian Government having a period of 15 months to address the problems.

The GANHRI statement had all the flavour of a committee chastisement. It acknowledged the efforts of the AHRC to address old problems but not enough had been done to heed ‘previous recommendations’. It took issue with a selection process where the Attorney-General ‘may consider that a full selection process is not required’ or where the ‘availability of an eminent person’ would make conducting a selection process fairly meaningless (as was the case of Finlay’s appointment in 2021).

Reiterating the same concerns expressed in 2016, the body stressed that ‘such appointments have the potential to bring into question the legitimacy of the appointees and the independence of the NHRI’.

While human rights standards are always a hard thing to measure, being often hostage to political fortune and self-interest, this was a notable threat. It means that Australia will be given, quite rightly, mere observer status, its voice and relevance in the field reduced.

This latest glaring spotlight on Canberra’s human rights resume continues a legacy of much contradiction. The country was very encouraging of the 1948 Universal Declaration of Human Rights, being one of several nations tasked with drafting it. Attorney-General Herbert V Evatt, who led the Australian team, saw the document as very much in keeping with the spirit of the “fair go”. 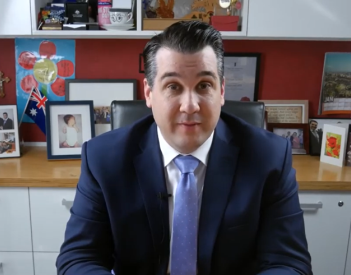 As he promoted that view, Evatt also gave a cast-iron guarantee that the White Australia Policy, in place since 1901 as a barrier against the hordes of Asia, would remain unthreatened. A fair go was very dependent on who had won, to adapt that expression of Cecil Rhodes, that most ruthless of British Empire builders, first prize in the lottery of life. (For Rhodes, it was the Englishman.)

“There is no relationship between the Declaration of Human Rights... and the exercise by a country of its national right... to determine the composition of its own people.”

In 2018, Australia was elected to sit on the UN Human Rights Council for a three-year term on the crest of two arguments: that it would be the first Pacific state to sit on the body; and because of the country’s commitments to civil and political rights. Its tenure did not prove particularly impressive, marked by a tendency to conduct “constructive bilateral dialogues” and meek positions.

Elaine Person, Australia director at Human Rights Watch, noted that Canberra had a preference for “making generic statements of concern in Geneva”.

Those generic statements about certain countries and their human rights records have suddenly disappeared — at least regarding those selected autocratic states Prime Minister Scott Morrison is so keen to condemn. Forceful remarks can be found about Hong Kong, the Uighur populace and Ukraine. Officials in Canberra can take some comfort that Australia’s sadistic refugee program and its inglorious record on Indigenous protection can be momentarily eclipsed.

The behaviour surrounding the AHRC is all part of a conscious bankrupting of integrity in a range of public institutions. This month has been particularly frenetic on that score, with the Administrative Appeals Tribunal (AAT) proving a favourite forum. A body responsible for scrutinising decisions made by government ministers and departments is now stacked with Liberal Party loyalists. These include former West Australian Liberal state politician, Michael Mischin, who is assuming the role of deputy president, former NSW Liberal Minister, Pru Goward, and Morrison’s former chief of staff, Ann Duffield.

Call it the pestilence of the friendship-made complex: You pick the girls and chaps of your stripe, avoid a rigorous selection process and eschew advertising vacancies. Discretion will be based on loyalty; criticism of the Government will be minimised. It ensures a lack of independent thinking does much to destroy the basis of a public service above scorn and dispute.

Those days, if indeed they ever existed, are gone.

Appointing "eminent mates" could downgrade the Australian Human Rights Commission’s accreditation as an A-status institution. The Morrison Govt do not care about human rights. We need to kick the Libs out, let's change this nation.
👉🏾 https://t.co/ONqRuy3SHJ pic.twitter.com/sZIA8ryuCe