How will Tony cope in gaol?

The intriguing aspect to the Ettridge versus Abbott case heard in the Brisbane Supreme Court yesterday, says Alan Austin, is that Ettridge has a case but the media aren't interested.

THERE ARE two intriguing aspects to the matter of David Ettridge versus Tony Abbott. Both were accentuated yesterday.

Significantly, it appears Ettridge does indeed have a case to bring against the federal Opposition leader. But first, some background.

Entrepreneur David Ettridge has taken action in the Queensland Supreme Court against Tony Abbott and others. If the case succeeds it may end the political career of the Liberal leader who most pundits predict will romp into the Lodge at the September election.

As first reported in Independent Australia in March, this saga began with the One Nation political party launched in 1997 by Pauline Hanson, David Ettridge and David Oldfield. The right wing splinter group was perceived to be stealing votes from the Liberal Party, which Pauline Hanson had left following speeches regarded as racist.

In response to this threat from the fledgling party, Tony Abbott formed a slush fund in 1998 to bankroll litigation against One Nation. The fund was called “Australians for Honest Politics Trust”.

The campaign against One Nation was well-patronised and successful. According to journalist Margo Kingston, Abbott’s fund raised $100,000 from donors, including Liberal Party and corporate heavyweights Peter Coleman and Trevor Kennedy.

Court action Abbott’s fund paid for got One Nation deregistered. It also saw Pauline Hanson and David Ettridge convicted of electoral fraud in 2003 and jailed for 11 weeks. The convictions were later quashed on appeal.

David Ettridge is now suing Abbott for an apology and more than $1.5 million in damages, alleging his campaign was unlawful. 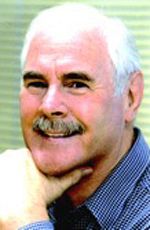 In yesterday’s Queensland Supreme Court hearing, Justice Peter Applegarth advised Ettridge that his documents had been filed in the wrong format. Significantly, he did not say that the case was non-existent or even weak, as judges are keen to do with vexatious litigants.

In fact, Applegarth explicitly declined to reflect on the strength of the allegations either way. "I'm not encouraging you to think you've got a case," the judge reportedly said. "Quite frankly you're not at first base yet in complying with the civil procedure."

The judge castigated Ashby for his “abuse of the process of the Court” which was advanced “by Mr Ashby for the predominant purpose of causing significant public, reputation and political damage to Mr Slipper.”

So judges seem quick to spot and to quash abuses of process for political ends.

Had Justice Applegarth done the same, Ettridge would have been free to appeal, as Ashby is now doing in the Slipper matter. But Ettridge does not have to appeal. He has the green light to proceed, as soon as technicalities are attended to.

Ettridge has agreed to consult a lawyer, fix the paperwork and file again by June 6.

Is Mr Abbott worried? If he wasn’t before yesterday, he will be now. He was represented in court by prominent silk Robert Bain QC, who it now appears may have some actual silking to do.

But there is one aspect of all this where Abbott can relax. The invisibility cloak the mainstream media has thrown over the matter is truly impressive.

Where are the in-depth historical perspectives, probing questions, the earnest sermons and breathless predictions? What did Abbott actually do in 1998? What were his nefarious motives? With whom was he in league? Where did the money come from? Who will lead the party now Abbott is distracted by court action? Why hasn’t he stood aside pending the outcome — as he urged the Prime Minister to do in far less threatening circumstances? And, of vital interest to tabloid readers, how will Abbott cope in prison?

Contrast this with the extraordinary coverage over several years now of the empty allegations relating to Julia Gillard and an ex-boyfriend back in the early 1990s, long before she was even in Parliament. Just count the articles raking over old relationships, speculating about possible jail time, and generally trashing the PM's character. Yet with not one single item of plausible evidence, let alone a judge’s decision on a further court appearance.

The Sydney Morning Herald yesterday reported the judge’s decision to adjourn the matter pending Ettridge’s homework in a bare 215 words attributed to AAP. Instead of leading with the obvious news element that matter is set to proceed, it headed its report 'One Nation co-founder's lawsuit stalls'. The story focussed on Ettridge’s problems, which it seems legal advice can rectify, rather than Abbott’s, which now seem somewhat more substantial.

The ABC ran the same brief AAP story on its website but nothing on PM. The Australian ran a similar story to The SMH. Headline was 'Get legal advice, judge tells David Ettridge' with the content focussing on Ettridge’s failures so far.

No newspaper or other mainstream outlet has attempted anything but the most superficial coverage of the bare news elements. Just bizarre.

So we wait until 6 June. Or, as now seems likely, a negotiated settlement beforehand.