The assumption animals don’t think, feel or remember is wrong; in fact, that description might often be better applied to humans. Dr Patrick Haid comments. 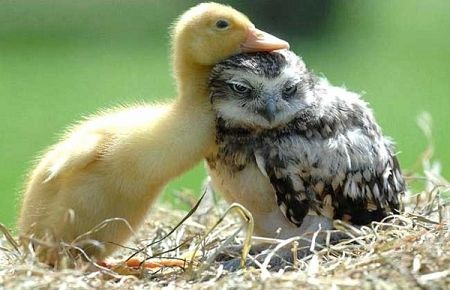 Nietzsche wrote that ‘animals live unhistorically’, neither aware of ‘yesterday or today’. He saw animals’ existence in contrast to the life that humans live, constrained, as he saw it, by morality and thoughts past.

But, like many assumptions that humans have made about animals, this one is too neat, and leads to falsehoods on both sides of its divide: some animals remember, and a lot of humans choose to forget. ‘Choosing to forget’ is creating a history that we will look back on with shame.

Our understanding of animal intelligence, suffering and emotion have become more complex alongside developments in scientific knowledge. The 2012 Cambridge Declaration on Consciousness in Non-Human Animals found that


‘[n]on-human animals, including all mammals and birds, and many other creatures, including octopuses, also possess these neurological substrates.’

In other words, animals are conscious and complex beings.

But what about animal memory?

Examples (beyond elephants and salmon) abound. We know that scrub jays make decisions about the storing of food on the basis of past events; and exceptional animals ‒ like Alex the parrot (who told his research partner that he loved her on the night before he died) and Koko the gorilla (who can understand about 2,000 words of English, and sign about 1,000) ‒ deal or dealt in complex concepts that require more than an ahistorical existence.

On the other hand, as humans, we often allow ourselves to ‘forget’ about the way we live and the impact we have on non-human animals. It is easy to do this when those others are far away or hidden from our view — for example in the live export industry. Every now and then we get a glimpse of what this business entails, and it makes us uncomfortable. But those unwilling to change the way they do business have been quick to tell us about the welfare oversight in place, as well as our track record in the area.

The facts of the recent past, however, suggest that live export is an industry that is innately cruel.

Australia commenced its live animal trade with Indonesia in 1993 and, according to Cameron Hall, CEO of Livecorp, began ‘initial programs around improving animal welfare shortly thereafter’.

In 2000, Meat and Livestock Australia noted that inhumane slaughter conditions persisted and, in 2005, were concerned enough to consider planning a PR response


‘…in the event of an overseas or Australian media report on slaughter practices in Indonesia.’

In May 2011, a Four Corners report on the conditions in Indonesian abattoirs provided a watershed moment. It showed Australian cattle falling, breaking bones, being kicked, hit, eye-gouged, nose-gouged, and tied up in lines to watch, trembling, as their herdmates were butchered in front of them. Meat industry consultant Temple Grandin said that it


“is clearly absolutely not acceptable for a developed country to be sending those cattle in there.”

Australians were told that the horrific images that they saw were ‘isolated incidents’. They were not.

A recent Canberra Times article examined Australian government quarantine records, and found 42 cases of consignments of export animals with unacceptable death rates for the six years to October 2011, and many others on the Australian Maritime Safety Authority’s website from the period before this. The RSPCA has catalogued dozens of such incidents, involving hundreds of thousands of animals.

Following the outcry in 2011, government reforms were put in place with the aim of improving the process, and ensuring better welfare provisions were in place. Within months, dozens more breaches were recorded in Indonesian abattoirs and, more recently, images of the torturing of cattle in Israel and the brutal killing of 20,000 sheep in Pakistan caused public reactions.

Last week, there have been more reports that Australia continues to send sheep overseas to brutal deaths in Kuwaiti markets in contravention of Australian export regulations. In August 2012, the Department of Agriculture was provided with evidence that animals at these markets were bound, stuffed into car boots, and killed in piles while fully conscious.

These are not isolated incidents, but a steady stream of unacceptable outcomes resulting from a cruel industry that we cannot control. Being shocked by each one of the regular reports of cruelty in the live export trade without demanding change is an insufficient response. There is broad public support for reform and a series of studies have indicated that abolishing live exports could be a financial boon for the meat industry.

It is time for change.

2 October 2013, 8:43am Industrial innovations, such as the lab grown burger, have the potential to drive ...