Yes, the ABC reports facts fearlessly, deploying reason and logic, is free of vested political interests and has our best interests at heart. So, clearly, as these are counter to Murdoch's values, it is biased to the Right. Duade Borg writes that we'll just have to accept it.

THE ABBOTT/MURDOCH Coalition has made a huge mess of the past few weeks. Since Zaky Mallah’s appearance on Q&A they have relentlessly pursued the line of bias by the ABC. Subsequently the ABC has launched a review into the program and all media outlets have devoted countless column space to the subject.

The ABC has long been in the firing lines of the conservatard commentariat. The stagnant views of the religious right and near limitless extent of bogan sentiment have the loudest voices and most of the print and television space. Perhaps the media’s coverage in general is a reflection of the true Australian society; if that’s the case we should all be terrified or ashamed.

Let’s ignore for a moment that the ABC has repeatedly been cleared of bias because this is obviously a conclusion that is biased against the right. I’ll expand on that shortly.

Veteran journalist, Ray Martin, has been attacked by the Coalition for his comments following his commission to lead the latest review.

On breakfast television this week Mr Martin said what most of us were thinking — a seemingly self-evident statement:

“It’s clearly a political issue at the moment in terms of terror.”

Of course, he was pilloried by the ABC haters within the Coalition and there were suggestions he should stand down, once again citing bias.

The astute observer has probably noticed something of a trend going on here.

It might reek of Abbott’s favourite tactic of “Hey, look over there!”, but with a serious, critical examination of the ABC, an honest and intelligent person can only come to the conclusion that the ABC is biased. 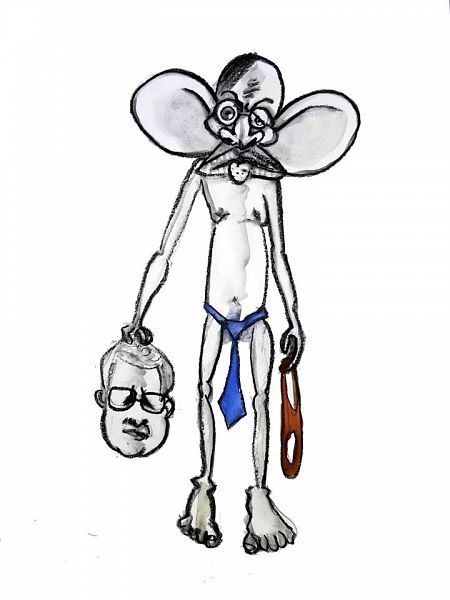 The ABC deploys reason and logic.

The ABC is rooted in reality, free from the grip of sceptics and vested interest.

The ABC has Australia’s best interests at heart.

These are all values that are counter to the Abbott’s intention of creating a divided country full of fear and suspicion, such that the population becomes completely reactionary and follow blindly for the purpose of getting “protection”.

These are all values that are counter to Murdoch’s desire to be the only source of information available to everyone, such that every opinion will be a reflection of his.

Yeah, it's time the ABC showed level headed decision making and non-bias - Like the REST OF THE MEDIA. #qanda pic.twitter.com/P3wngQR8B1

Fearlessly reporting facts while deploying reason and logic, at the same time standing strong in the face of vested interests for the good of the country.

So yep … it’s actually true. The ABC is biased against the Right.

I think it’s time we just accept it.

You can follow Duade Borg on Twitter @diabzAU. The original John Graham artwork featured in this piece may be purchased from the IA store here.

"This is unwarranted interference in the ABC": senior ABC source. "Our message is basically, 'get f-cked' http://t.co/YHcEw4dViK #qanda

Join the lefty lynch mob! Subscribe to IA for just $5.