Frydenberg vs Staindl: Being bankrupted for asking local MP questions

Michael Staindl gives his side of the story on his decision to question whether Josh Frydenberg had dual citizenship.

AUSTRALIA IN EFFECT has two legal systems: one for the ordinary citizen, and one for the powerful.

I found this out by asking a question of Treasurer Josh Frydenberg in court and I am now looking at losing my family home. Frydenberg – my local member – has refused to discuss the situation with me. Nor has any representative from the Labor Party.

The Prime Minister seems to see the situation as something of which to be proud, claiming:

"The rule of law has been applied with those orders, then people should expect them to be followed through and complied with, that's the fair way in Australia."

If that is the case, then the "fair way" in Australia means no questions, no scrutiny and few limits for our political leadership. My story will be interpreted by many as a cautionary tale. But I hope that, instead, it is one that reaffirms that our democracy is in serious trouble and we must take action to preserve it. 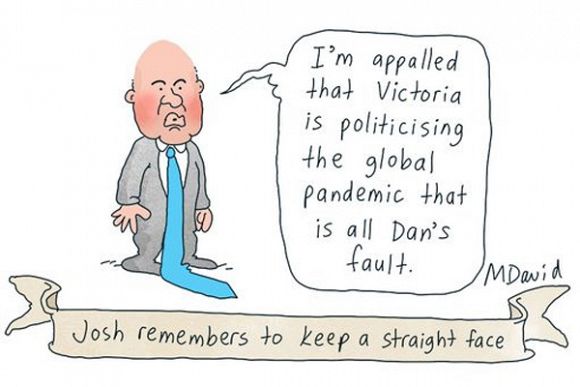 Many Kooyong voters saw Josh Frydenberg as a “nice guy” prior to his attacks on the Victorian Government and demands to open up against health advice.

In 2017, 15 Federal Parliamentarians were found to be in breach of section 44 of the Constitution, which bars dual citizens from being MPs. Though he was not one of the 15, Josh Frydenberg’s name was raised as being entitled to Hungarian citizenship on the basis his mother was found by Australian Immigration to be Hungarian, upon her arrival in 1950.

Frydenberg denied that he was eligible for Hungarian citizenship, but unlike other parliamentary members who faced scrutiny – many of whom were forced out, including very senior figures such as Barnaby Joyce – he refused to clarify his situation by either referral to the High Court or by renouncing his citizenship to the Hungarian Embassy.

I took this to indicate that he was either uncertain of his own position, or he felt he was above the law. As his constituent, I challenged his right to sit as the Kooyong representative. This intervention ended up with me incurring severe financial and reputational damage.

My question for the Court was solely to determine if Frydenberg is eligible to be a Hungarian citizen. That the High Court and Federal Court heard my case shows that there was a legitimate question about Frydenberg’s eligibility to sit in Parliament that deserved to be answered.

I was attacked by political figures in the Federal parliament – Andrew Bragg and Michael Sukkar – and by Tim Smith in the Victorian Parliament. They pushed the line that my claims were spurious, that I was anti-Semitic, and that my action was an abomination because I was using the Holocaust for political purposes — an accusation for which they produced no evidence and which I categorically deny. 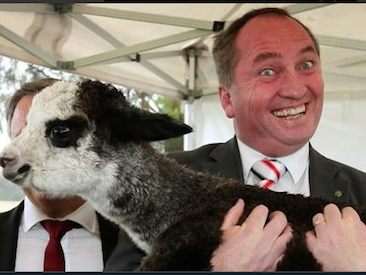 Barnaby Joyce and dual citizenship: 'It's the vibe'

The Constitution of Australia does not allow our Federal politicians to have divided citizenship loyalties and yet our head of state can.

Those who made claims outside of parliamentary privilege answered for them in court, where they lost and I was found to not be anti-Semitic. One case was resolved with a $10,000 donation in my name to the Holocaust Museum and I received a public apology (the other terms are confidential).

The News Corp media empire played a role, too, forming an alliance with the Government's position. I was pilloried in their papers and on TV. Again, my action was to question the eligibility of a senior Government figure – a serious question that ought to be asked – and if any party to the matter were making the issue about the Holocaust, it was those in defence of Frydenberg.

My case against Frydenberg was worthy of the Court’s time and the Court held that there was a legitimate legal question to be heard. However, two factors worked against my team. Unlike in other similar cases where the MPs had to prove they didn’t have dual citizenship rights, the Court in this case said that the burden of proof was on me and that I had to prove Frydenberg was a Hungarian citizen.

The team had an expert report, by a Hungarian constitutional law attorney, Professor Peter Lang, that Frydenberg ‘became a Hungarian citizen with his birth on 17 July 1971’. Frydenberg was represented by one of the most prestigious law firms in the country: Arnold Bloch Leibler.

His team hired two experts who argued that our case rested on the written law of the time, but in fact that there was an unwritten law in operation that meant that Frydenberg’s family would have lost their citizenship upon leaving Hungary. This conflict meant the experts needed to argue it out in the Federal Court.

However, two weeks before the case our expert disappeared and never got on the plane to Australia. 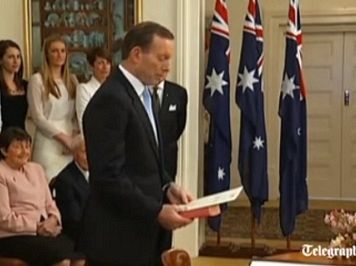 Dual citizenship swear words: Oaths of allegiance out of touch

Between now and Christmas there will be a lot of swearing heard from politicians around Australia, writes Dr Glenn Davies.

Without our expert witness, the Court found I had not managed to prove Frydenberg was a Hungarian citizen and hence dismissed my case. I had lost a case that I had suffered many personal attacks for bringing before the Court. In other cases of this kind, the Court accepted that it was a matter of public interest and the Commonwealth covered the Court costs. In this case, the Court ruled that there was no public interest and allocated Frydenberg’s full costs against me.

Frydenberg claimed costs that amounted to over $850,000. The Court cut this down to $410,000. I tried for over a year to negotiate with Mr Frydenberg, offering to find up to $50,000, but he would not communicate with me at all. I sent three pleading letters, my lawyers wrote multiple times, and a leading mediation barrister, who volunteered his services pro bono, was also firmly rebuffed.

In a similar "David and Goliath" battle in the popular Australian film The Castle, a regular citizen takes on a powerful corporation that is seeking to remove him from his family home. It is a comedy but also a feel-good story. It may as well be a fantasy: the world of the film bears no resemblance to the political and legal situation in this country today.

Governments appear to be above scrutiny, news outlets effectively function as a protection racket for political figures aligned to their interests (through either laziness or corruption), and the powerful have almost unlimited access to a legal system that can crush the lives of ordinary citizens.

NOTE: Independent Australia makes no imputation whatsoever that Treasurer Josh Frydenberg or his lawyers have in any way acted unethically or improperly.

Michael Staindl is a Kooyong resident.

Frydenberg vs Staindl: Being bankrupted for asking local MP questions

21 February 2022, 4:00pm Michael Staindl gives his side of the story on his decision to question whether ...
Join the conversation
comments powered by Disqus
News updates