Freedom of speech is not the freedom to oppress

By Bob Ellis | 14 March 2013, 10:30am | comments |
Bob Ellis writes an open letter to Independent MPs Rob Oakeshott and Tony Windsor, imploring them not to side with Murdoch’s shady propagandists. 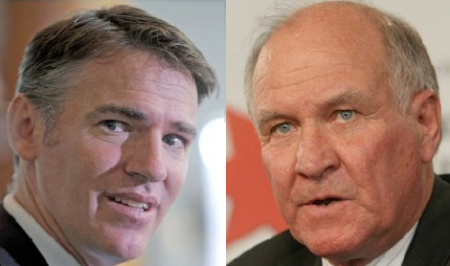 It is wrong that you should side with Murdoch ‒ whom the Mother of Parliaments the House of Commons, called ‘unfit to run a major international company’‒ against anybody, or to imagine he somehow stands for freedom of speech.

Nobody under him has freedom of speech.

They must say what he says, in the tone of Bill O’Reilly, to keep their jobs.

They must sound like Palin, Rove, Bolt, Akerman, to stay in work.

They must support the Iraq War, and Sarah Palin, and Glenn Beck, and John Howard, and his right ‒ that is, Murdoch’s right ‒ to sell tobacco to the Third World.

They must agree that Fox News is ‘fair and balanced’ and Rebecca Brooks guiltless of any wrongdoing — like bugging the anguished relatives of the dead. 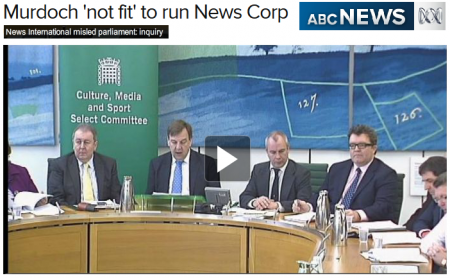 “Freedom does not, and should not, include the freedom to oppress.”

I suggest you move an amendment saying no mogul who controls fewer than three newspapers is subject to these rules.

Please vote for freedom of speech, not its enemy.

(Click here to sign the petition asking the Australian Press Council to prosecute the Daily Telegraph over its depiction of Stephen Conroy as Joseph Stalin.)