In April's Senate Estimates hearings, the Federal Government was quizzed over its grant of $18 million to the Australian Future Leaders Foundation, a charity that appears to have no staff, office or website.

It was revealed in the Federal Government's Budget Paper No. 2 that Prime Minister and Cabinet (PM&C) is allocating $18 million over five years and $4 million per year to establish and operationalise the Australian Future Leaders Program.

According to the Government:

'The program will develop mid-career leaders and create an alumni network for future leaders in government, business, education institutions and non-profits across Australia.'

In response to Labor Senator Tim Ayres' questions, a First Assistant Secretary in PM&C Department, John Reid, stated that he believed the Australian Future Leaders Foundation – the body in charge of running the program – did not yet have a physical office, phone number, website, nor had it employed any staff.

Mr Reid appeared to confirm that the $18 million program was not subject to a competitive tender process, saying that PM&C were "currently negotiating an agreement with [the Australian Future Leaders Foundation Ltd] to deliver the program".

"I understand we will undertake a closed, non-competitive selection process."

PM&C confirmed that it had conducted "due diligence" regarding the Australian Future Leaders Foundation Limited and its executive officer and director, Chris Hartley. However, it did not provide any detail on this process.

This is the problem, isn't it, Mr Reid? They don't do anything else; they don't exist. And yet here they are, about to be the recipients of $18 million worth of grant funding — and it's a bit rich calling it a grant because it's not a competitive grants process.

Here they are, running a program that, notwithstanding what you said today, is still very unclear to me precisely what it's going to achieve.

“The PM’s Department is giving $18 million of public money without tender to a charity with no staff, no website and no office... But the Government has form on this kind of reckless spending." 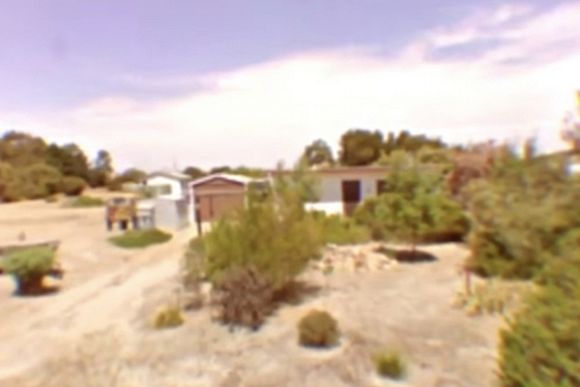 The Paladin Group is a small company with a shack on Kangaroo Island – until last week – as its head office.

A work 'in progress': The Australian Future Leaders Program

While the program has not yet commenced, PM&C envisions that "it will bring together regularly groups of mid-career leaders and engage them with mentors from across sectors".

In particular, the program would involve participants from the public and private sectors to assist with their professional development.

Mr Reid said that the program would:

"... address topics of national importance, informed by contemporary policy matters. It will offer both online and face-to-face learning events and study tours, mentoring and coaching, as well as ... alumni networking opportunities."

It was put forward that this program was modelled on programs run in Commonwealth countries such as India and Canada, and Finance Minister Simon Birmingham asserted that it would serve a similar function to South Australia's Governor Leadership Foundation Program.

These kinds of initiatives were said to have been brought to the attention of the Government by the Office of the Official Secretary of the Governor-General.

Mr Reid confirmed in Senate Estimates that Mr Hartley had proposed the Australian Future Leaders Program to Governor-General David Hurley's Office, which has since been working on the program's design with PM&C.

It is said that the Governor-General and his Office have consulted public and private sector partners to design and develop the program.

Senator Birmingham conceded that the involvement of the Governor-General in such proposals was "unusual".

Mr Hartley and Governor-General Hurley first met in 2019 at the King's Cup at Henley Royal Regatta in the United Kingdom, though Paul Singer, the Official Secretary to the Governor-General, described their relationship as "tangential [and] peripheral".

It has been reported that Mr Hartley and Governor-General Hurley have since met to discuss the Australian Future Leaders Program, and in May 2021, the launch event for the program was held at Admiralty House, the Sydney residence of the Governor-General.

Mr Singer also noted that Mr Hartley has experience with such programs as the Commonwealth Study Conference, and leadership programs in Malaysia and Australia. Another charity with which Mr Hartley is involved – the Gurkha Welfare Fund Australia Limited – was stripped of its DGR status after failing to lodge reports to the Australian Charities and Not-for-Profits Commission (ACNC).

PM&C confirmed that it was aware of this.

It is understood that Prime Minister Scott Morrison and Opposition Leader Anthony Albanese have been made aware of the program in meetings with the Governor-General's office.

Further, the ABC reported that Mr Hartley had declared in an email that the Prime Minister supported the program prior to the Foundation's registration.

Foundation given charity status based on 'exceptional circumstances'

The specific listing process is open to organisations that do not fall under the general DGR listing categories administered by the Australian Tax Office (ATO). These categories include purposes such as funding public hospitals, protecting and preserving the environment and establishing state-based Scout branches.

The Treasury website states that DGR status under the specific listing process is only granted in 'exceptional circumstances' and that it usually takes two years for a listing to occur.

Senator Birmingham and the Department of the Treasury did not deliver a detailed response to Senator Chisholm's question.

"In terms of the case law merits, we can take on notice any particular information about the circumstances at the time around the listing of that foundation."

The Treasury also took on notice questions about whether the Foundation furnished an annual report – an expectation that parties should adhere to when applying for DGR status – and whether other organisations had received DGR status without first providing an annual report.

Senator Chisholm expressed the view that:

Of the 28,000 entities with DGR status, only 200 or so attained this through the specific listing process, which has been described as 'political, opaque and in most cases, success depends on having the right connections and requires persistent lobbying' by Swinburne University fellow Krystian Seibert.

The Government's record on grants

The allocation of tens of millions to the Australian Future Leaders Program is not the first grant made by the Coalition Government that has attracted the media and public's attention.

In 2018, the Turnbull Government handed over $443 million to the Great Barrier Reef Foundation, a then-small and obscure organisation, without entering into a competitive tender process.

"Malcolm Turnbull ignored transparency rules and gifted $443 million to the Great Barrier Reef Foundation, entrusting the protection of one of Australia’s most precious assets to a fledgling organisation with only a handful of staff."

Senator Waters believes that the Government's grant to Paladin was flawed:

“When Peter Dutton needed someone to run his inhumane refugee prisons, he awarded $423 million without tender to the Paladin Group, an inexperienced firm with almost no money and a head office at a beach shack on Kangaroo Island."

More recently, the Federal Government drew the ire of Liberal, National, Labor and Greens politicians, members of affected communities and the media when it decided to provide additional flood relief payments to communities in a National Party electorate – and not to those in the neighbouring Labor Party electorate – in Northern New South Wales (NSW).

In the wake of the backlash – including the resignation of NSW Liberal MP Catherine Cusack – the Government backflipped and provided the payments to flood-affected areas such as Ballina and Tweed Heads that fall within Labor MP Justine Elliot's Richmond electorate.

Senator Waters is of the view that:

“Scott Morrison has presided over more rorting than any Prime Minister before him. He has shown a complete disregard for transparency, due process and good investment of public funds. This is a government more interested in supporting its mates and buying elections, than in investing in a better future."