A federally funded job guarantee would be a major step towards reducing inequality and closing our educational divide, writes David Joy.

A RECENT report from the Centre for International Research on Education Systems (CIRES) at Victoria University paints a depressing picture of educational inequality across Australia.

The statistics in the report all point in broadly the same direction. For example, 86.2 per cent of 15-year olds from the highest socioeconomic status (SES) decile are at or above the minimum international standard in maths, science and reading — but this falls to just 48.6 per cent in the lowest SES decile.

This kind of disadvantage is clear across children and young adults of all ages. It is not only students from lower SES backgrounds who suffer but also Indigenous students and those from remote areas. 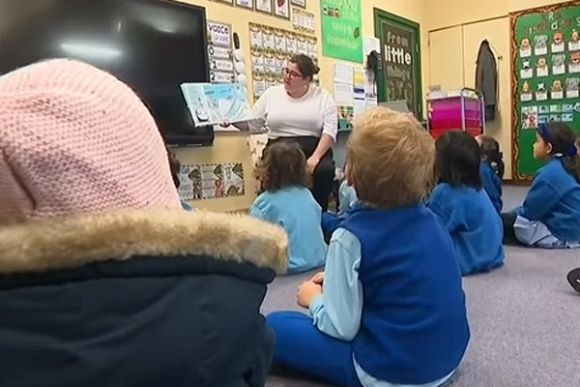 The future of the education system post-COVID-19

There could be great benefits to a more interactive approach to education, particularly for Indigenous communities.

This report is yet more evidence that we live in an increasingly divided society. The gap between the haves and the have-nots is widening at an alarming rate. The impact of coronavirus only seems to have exacerbated the divide.

The CIRES report critiques progress on last December's Alice Springs Education Council meeting where education ministers pledged to deliver a system that produced excellence and equity. The report correctly suggests that in order to tackle inequality in education we need to target resources at the schools in the most disadvantaged areas.

Undoubtedly, part of the answer lies in redirecting resources (not to mention removing or reducing tax advantages, but not because government needs the revenue) and government funding from private schools.

The Commonwealth Government may point to providing more public funding to public schools rather than private schools, but after taking into account parental contributions, it is clear which schools are better funded — and the discrepancy is eye-watering. The level of public resources funnelled into private schools is nothing short of a scandal.

Yet, there is an even bigger problem. It is not just about the education “system”. It is about the kind of society within which the education system is embedded. We live in a society in which inequality through meritocracy is championed. In his recent book The Tyranny of Merit: What's Become of the Common Good? philosopher Michael Sandel identifies two major issues. The first of these is inequality of opportunity, which is clearly in short supply in modern Australia.

Sandel’s second more important point is the intense focus on merit itself — is it only those who society deems “of merit” who should be able to prosper? The other side of the coin is those who do not “make it” — should they be considered “losers” who either survive on low paid gig economy work or are paid a miserly unemployment benefit, or potentially an inadequate universal basic income (UBI) to barely subsist?

If I do well in life, if I can afford to send my children to a good school and if I have saved enough for my retirement then perhaps it is simply because I ‘’deserve’’ it. My hard work has paid off. Meanwhile, those who struggle haven’t worked hard enough. Simple right?

Wrong. Sure hard work is necessary to "make it" but rarely sufficient. In addition, perhaps I was born into the right socioeconomic class or with some specific talent or have just struck it lucky. As inequality increases and social mobility lessens, it is in the interests of the elite to create the mirage of equality of opportunity — whether to assuage guilty consciences or simply for political reasons.

Scholarships to high performing (mostly private) schools are one way to achieve this illusion, feeding into the narrative that talent and hard work are rewarded. They create the impression that the ticket to a high-quality education is intelligence plus a good dollop of elbow grease.

Of course, in reality, the majority of students get their privileged education courtesy of their parent’s socioeconomic status. If you don’t have the intelligence as decreed by a particular test, or – much more often – parental wealth, then take your chances in an under-funded public system.

Writing many decades ago, the great economist Joseph Schumpeter believed capitalism to be 'not like roulette, it is more like poker', meaning it has a significant element of chance but rewards skill and effort too. I would suggest over recent decades in Australia that the element of roulette has risen, as income equality (which is generally negatively associated with social mobility) has grown.

What developed countries like Australia need for improved societal outcomes is increased equality rather than increased national income. This logic also applies to education specifically. Finland, long lauded as an educational superpower, did not deliberately target excellence in education but rather, equity — pursuing the goal of equity delivered excellence.

In a previous Independent Australia article, Dr Steven Hail argues that in the context of superannuation, framing is crucial for most people’s perception of whether advantageous inequality is to be welcomed or shunned. The institutions and policies we put in place are vital for this framing and are self-reinforcing.

If we have a system of provisioning for retirees that depends on superannuation contributions, then we encourage people to look down on struggling pensioners as undeserving. If we have an education system which rewards those lucky enough to obtain a scholarship to a private school, then we encourage people to view poorer students in public schools as the cause of their own misfortune. 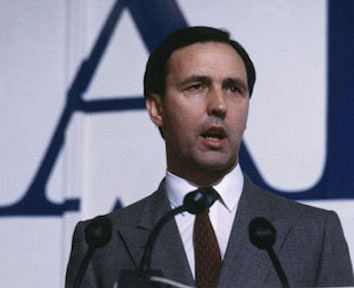 The problem with providing for an ageing population is not the money, it is the real goods and services.

A federally funded job guarantee would not only be a major step forward in reducing inequality and indirectly reducing the educational divide, but it would also change the narrative from one where politicians demonise the unemployed and create false distinctions between “lifters and leaners” to one where compassion, community and the common good are the focus.

Of course, capitalism creates differences in earnings power and wealth. But the extremes should be tempered (equality of outcomes) and more mobility between classes achieved (equality of opportunity). The stigmatising of some groups and the idolising of the uber-rich must stop.

David Joy is an adjunct lecturer at the University of Adelaide and academic head at Kaplan Business School. You can follow David on Twitter @DavidjoyAd1.

7 December 2020, 3:30pm Tensions have resulted in trade restrictions with China, but there may be a silver ...

15 November 2020, 12:00pm A federally funded job guarantee would be a major step towards reducing inequality ...