Margaret Thatcher is dead, but we should not mourn her, but rather the world she cost us, says Bob Ellis. 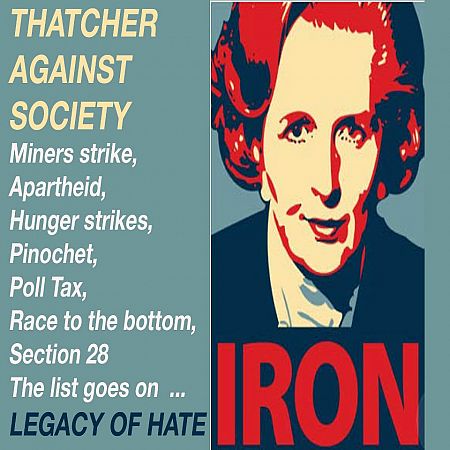 IT MAY BE the Ignoble Experiment is over.

Margaret Thatcher is dead, and the millions of British her drunk thought bubbles destroyed remember the misery she caused and a door is closed and we can maybe get back to being human again.

In Australia, this is happening. Money for the disabled is being found, and for public schools and the Arts and the first big government enterprise – the NBN – and another – the very fast train – is being mooted. Government is no longer called Big Government and it’s doing things.

Thatcher’s bizarre idea, that rich boys ran things better than public servants, caused train crashes, plane crashes, fifteen per cent unemployment and, in 2008, a meltdown of everything. Her idea that no new public housing need be built inflated the price of a home in Kent from ten thousand pounds to a million, exiling natives from their home towns. Her idea that coal mines should all be closed meant China buys coal now from us, and half a million strong young men unwillingly left their home towns and slept, sometimes, in cardboard cartons with their dogs on the Strand. It meant machines replaced men in the mines elsewhere, and Gina Rinehart earned two million dollars an hour and Larry Knight died at Beaconsfield and twenty-nine like him in the Pike River mine in New Zealand.

Thatcher is dead and we may now look back on what she wrought, and why. She mostly wanted a fight, and a midnight whisky to stiffen her for it. She pulled her navy out of the Falklands, tempting the Argies, then came back in a needless war to kill more young men like those in the unions she so despised and those she let die in the Maze because they wanted to wear their uniforms, and this would never do.

Those that still hail Thatcher speak of her gender and not her deeds. Gallantry forbids them to mention the billions of lives her system – and it would have had no existence without her example – distorted, shrivelled, immolated and ended. They do not speak of the tens of thousands of suicides and the hundreds of thousands of divorces her system caused. They will gather tomorrow and speak of her gender. It’s like speaking of Hitler the vegetarian only and ignoring the damage he did.

We would have a safe Qantas without Thatcher. We would have a Commonwealth Bank, and houses in Coogee would cost us two hundred thousand dollars. We would have a renationalised Holden, and a million more jobs in manufacturing. We would have small farms, selling milk to corner stores. Some say she was not the cause and the Harvard Business School or the Chicago School of Economics was — but she was the trigger, she was permission, she was the starting shot, and the Gordon Gekkos went for it.

We should not mourn Thatcher today, but the good world she cost us.

And curse the day that she was born.