The time is upon us to consider economic degrowth and stop exploiting our planet's finite resources for personal gain, writes Erin Remblance.

FOR ALL THE TALK of renewable energy, electric vehicles and plant-based diets, there’s a gaping hole in the way we’re trying to solve accelerating climate change. We will not stay below 2°C of warming while pursuing economic growth — yet barely anyone talks about it.

Since the end of World War II, Gross Domestic Product (GDP) growth has been the metric of human prosperity in Western nations, the idea being that if the productivity of the economy increases so will the wellbeing of the people within that economy. And for a while, that was the case. But since the 1970s, increases in GDP have, on average, failed to translate into increases in wellbeing and happiness.

It is not surprising. Research has shown that once a certain GDP threshold, or level of wellbeing, has been met people gain little from consuming more “stuff” — a necessary requirement for continuous GDP growth.

Robert F Kennedy eloquently summed up the inadequacy of GDP as a metric of wellbeing at a speech he gave in 1968:

...the gross national product does not allow for the health of our children, the quality of their education or the joy of their play. It does not include the beauty of our poetry or the strength of our marriages, the intelligence of our public debate or the integrity of our public officials. It measures neither our wit nor our courage, neither our wisdom nor our learning, neither our compassion nor our devotion to our country, it measures everything in short, except that which makes life worthwhile. 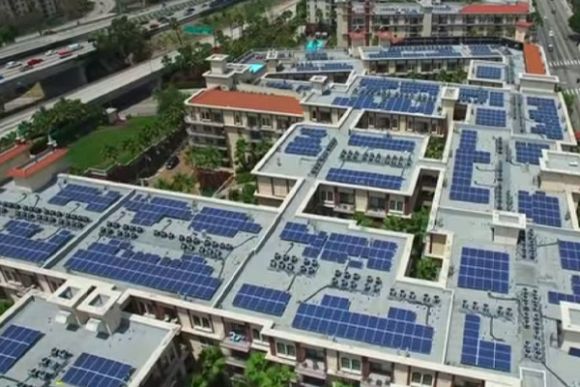 Microgrid power for a greener future

A debate has been sparked about the capacity of centralised power grids to deal with the exigencies of climate change.

What’s more, GDP has never been and can’t be decoupled from material footprint, including energy. This means we cannot roll out renewable energy fast enough to meet the objectives of the Paris Agreement – to keep warming below 2°C – if we continue growing our economy. Three percent growth every year for the rest of this decade is 30% growth by 2030.

Achieving a 75% reduction on 2005 greenhouse gas (GHG) emissions by 2030 is a Herculean effort already, let alone if the economy is 30% bigger by that time. And surely, given the urgency with which we must decarbonise, reducing energy demand must be a part of the mix, even if it means reducing GDP.

We are already breaching four of the nine planetary boundaries, including biodiversity and climate change. In the last week, on 29 July, we have reached Earth Overshoot Day, which means that globally we have already consumed all of the ecological resources and services that can be regenerated in a year — for the remainder of the year, we will be taking from future generations. If the whole world lived like Australians and North Americans, we would need four planet Earths. This is not sustainable.

But the real heart-starter is the power of exponential growth and how quickly it can consume resources. Three per cent growth each year means a doubling every 23 years. An economy that doubles 64 times – taking 1,472 years – will be 9,223,372,036,854,780,000 times larger than its original size. To help understand the magnitude of this number, consider that this is more than the estimated number of grains of sand on the planet. We will, at some point, accept that growth cannot go on forever. The sooner we do so, the less damage we will cause.

Furthermore, exponential growth can really creep up on you. When we are utilising half of Earth’s capacity, we are only one doubling away from being at full capacity. If we are already breaching planetary boundaries, how can we handle another doubling and possibly another doubling after that? Either we implement planned degrowth – actively reducing the size of the economy in developed nations – or we risk collapse.

Degrowing our economy to fit back within the planetary boundaries will also allow people living below satisfactory standards of human wellbeing to improve their living conditions. Data from 2016 showed that 940 million people still didn’t have access to electricity and 3 billion people didn’t have access to clean fuels for cooking. These people don’t even own a washing machine, let alone a car and they certainly aren’t flying anywhere. Degrowth is not only necessary to solve the climate crisis, it’s the only way to address widening inequality across the globe.

What could life in a degrowth economy look like? It would involve shorter working weeks and less commuting, giving us more time to do things we enjoy. Less individual ownership and more sharing. Less debt and more services provided by the Government. A focus on community and connection rather than individualism and perpetually trying to find happiness through our next purchase, holiday or experience.

In a degrowth economy, environmentally destructive and resource-intensive industries would be scaled back and more people would be working in jobs that benefited one another and the planet, putting more meaning and purpose into our lives. We would value different things in a degrowth economy and define success differently. A degrowth economy does not need to mean a degrowth lifestyle, indeed we could be richer for it. 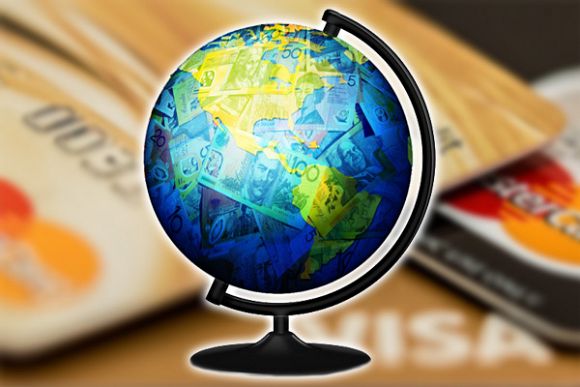 Many of us right now are gaining a better understanding of the economy and how destructive it can be.

It’s probably tempting to define a degrowth economy as socialism, but it’s a false binary that an economic system is either capitalist or socialist. All economies are a mix of both, often with other bits of “isms” thrown in for good measure. Let’s use our imaginations and contemplate what life could look like if we focused on the things that really matter and not simply the amount of growth in our economy.

The reasoning for degrowth is sound and the need to implement it urgent. But how do we get from this harmful system that is based on evermore resource extraction to this beautiful place where we will be living in harmony with nature and not against it? Where the wellbeing of people and planet is front and centre of decision making?

This is where we come in. We need to shift the Overton window of politically safe topics to campaign on and ensure our representatives know that we want to have a habitable planet for our children. They need to know we cannot achieve that while blindly pursuing economic growth. It is us, the voters, who determine what our elected officials focus on. Each of us can write to our MPs and tell them that we want to actively degrow our economy to fit back within planetary boundaries by reducing sectors of the economy that add little to planetary and societal wellbeing, but significantly to climate change. If we are serious about tackling climate change, degrowth must be on the agenda.

In the end, the economy is a man-made construct. It can be changed. The laws of nature, however, cannot. It would be tragic to look back and think we gave it all up because we weren’t brave enough to challenge the insane notion of endless growth on a finite planet with the urgency it deserves.

Erin Remblance is a Sydney-based Mum-of-three who works in carbon reduction, is a climate activist and is studying wellbeing economies. You can follow Erin on Twitter @remblance_erin.

26 September 2021, 1:00pm Decades of economic expansion have come at the expense of developing nations and a ...

3 August 2021, 12:00pm The time is upon us to consider economic degrowth and stop exploiting our planet's ...
Join the conversation
comments powered by Disqus
News updates