In the lead-up to the Queensland Election, there has been no shortage of events for the media to keep up with, writes Dr Binoy Kampmark.

QUEENSLAND POLITICS may not seem cerebral but nor does much of Australian politics. What makes the state different from others is a wonderful, red in tooth and claw combativeness. Opponents aim low and below the belt and often past the statistics.

This is a state any federal party vying for government has to win. The demographic tantalises. It also baffles. Prime Minister Scott Morrison might well have looked daggy and foolish in drumming up support on his Queensland road bus trip, even with the political remains of his predecessor Malcolm Turnbull still warm, but he was on to something. The Labor Party, led by Bill Shorten, scoffed and mocked.

The 2020 Queensland Election is causing beads of sweat to gather on the brows of pundits keen to see a clear majority. The incumbent Labor Party has 48 of the 93 seats in Parliament; the Liberal National Party (LNP) challengers require nine seats.

Labor Premier Annastacia Palaszczuk is fortunate for having a policy already donning garments and kitted out. It came in the form of a virus. Pandemic opportunities of this sort tend to only turn up once in a century and the Labor Government has made full use of it, distracting from such scandals as those which led to the resignation of former Deputy Premier and Treasurer Jackie Trad in May. 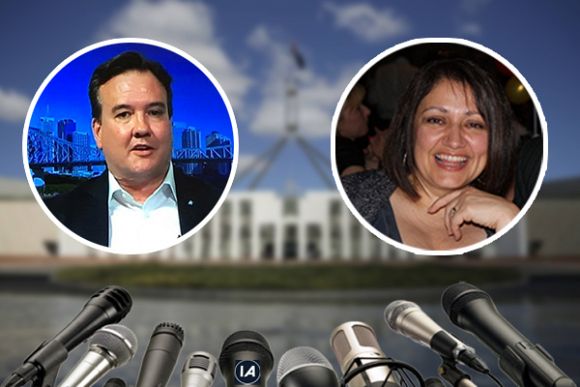 A new podcast series about news and the world of politics, featuring special guests getting brutally honest about everything.

Queensland boasts an enviable record in dealing with COVID-19, though its competence in this regard is arguably a mixed point. We certainly won’t know before 31 October what the Queensland Premier would have done to the equivalent of a Melbourne second wave, nor is she being asked about it. What the handling of the novel coronavirus essentially did for Palaszczuk was dramatically increase her personal popularity. Where she risks losing votes is in tourism and hospitality, given her insistence on hard border closures.

One favourite has made a reappearance in the political campaign of Labor’s opponents, notably the claim that it intends to bring back death taxes. What stands out in this particular canard is its barely rejigged form used by the Morrison Government in the last Federal Election. The promise of death taxes was as popular as a dinner date with Typhoid Mary and it won the conservatives dividends. Those with cash and assets were sufficiently terrified and kept the conservatives in office.

The party most keen to push it in the Queensland elections is Clive Palmer’s Palmer United Party. While polling poorly, P.U.P. may well prove disruptive. Labor’s Kate Jones has dismissed the suggestion as “bullshit”, though Palmer is keen to make it stick and impress with the smell.

During a press conference held in the Moreton Bay region on 27 October, Palmer gave scant evidence that Queensland Labor had re-embraced the idea of death taxes:

“I was called by a public servant from Treasury indicating he was looking at that as an option in reducing the debt after the Election.”

That particular public servant was supposedly “astounded by it and thought someone should know about it”.

When the ideas cabinet is starved and empty, Queensland politics returns to the usual resupply chain of law and order. Such an area of policy is often a line of failed promises and expectations, one that repels genuine solutions in favour of jumpy rhetoric and temporary satisfaction. Lock ’em up is so much easier than far-sighted investment, education and societal rehabilitation. 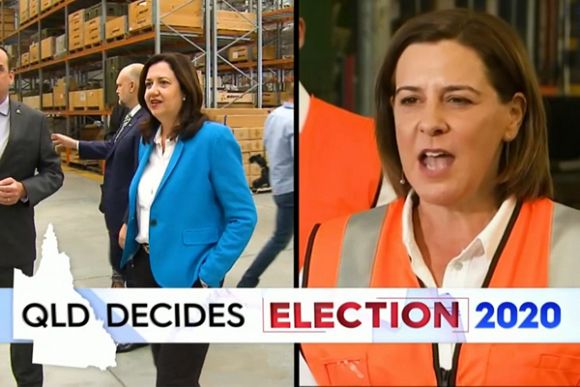 Most media coverage of the Queensland election campaign has been well behaved, except for newspaper journalists campaigning against Labor.

What is notable in this election is that the Labor Government, the LNP and One Nation are all worshipping at the altar of law and order politics. But it is the LNP which seems to have gone the whole deranged hog on the subject.

The special theme here is children, notably the delinquent sprogs who have given politicians a chance to turn in a vote or two. Wicked, naughty children who have presented the LNP’s Deb Frecklington and her platoons with a proposition which would involve an 8 PM curfew for unaccompanied children aged 14 and under and a 10 PM curfew for those aged 15 to 17. Parents will be fined $250 if their children are found unaccompanied past the hour “without a reasonable excuse”.

As is the nature of these things, the LNP is aiming the curfew at specific electorates in Townsville and Cairns, where it hopes to pinch regional seats with promises of invigorating policing powers. It is here that the LNP intends playing disciplinarian while breaching a few human rights along the way, not least of all those of children.

“We would need to amend the legislation to give the police power... to take the children from the streets and put them in a refuge.”

Doing this would make “sure that parents become responsible for their children”.

Labor, far from being outraged by any prospective human rights violations, insists that the LNP cannot be trusted with employing more police, or more public servants of any shade.  The tactical policy here is to remind voters that Frecklington, as Assistant Minister in the brief spell that was former Premier Campbell Newman’s government between 2012 and 2015, will find razoring and slashing jobs irresistible. Newman’s sacking of 14,000 public servants remains an act of such profound electoral suicide it deserves being revisited.

The battle for Queensland, coming to a head at the State Election, is a national event due to the state’s “promotion” in terms of size and political importance.

As an alarmed Amnesty International Australia put it:

‘The UN Guidelines for the Prevention of Juvenile Delinquency, the Convention on the Rights of the Child, and the UN World Report on Violence Against Children all call for the abolition of curfews of children.’

Such a proposed policy has also drawn a few colourful remarks from other politicians, not least Katter’s Australian Party MP Nick Dametto:

“Picking up kids off the streets and taking them to a designated location until their parents pick them up where they’ll give them a fine sounds like we’re setting up a dog pound for kids.”

Given time, Frecklington may well suggest a policy advocating breeding licenses for parents.