Data in the dark: A look at COVID corruption

The global pandemic has proven to be a breeding ground for corruption, with "urgency of response" offering a cover for corrupt decision-making made worse by a scarcity of information, writes Bella Farrelly.

AS FAR AS rich, highly vaccinated countries are concerned, Omicron is a relic of yesteryear.

With pandemic restrictions fading as cases continue to plummet worldwide, for what feels like the hundredth time in the last two years, a select few dare to dream of returning to an almost-forgotten state of interconnectivity "post-COVID."

However, the catastrophic moral failures of the pandemic should not slip our collective memory anytime soon. As the Global North eases into ditching the mandatory facemask, it only seems fair that COVID-time corruption gets its ceremonious unmasking too.

Emergencies like the global pandemic have proven to be perfect breeding grounds for corruption to run rampant, with the urgency and swiftness they demand offering a cover for opaque and corrupt decision-making exacerbated by a scarcity of information. If anything is to survive and make a home for itself in the gaping maw of the unknown, it will be corruption, leaving bureaucratic hellscapes in its wake. 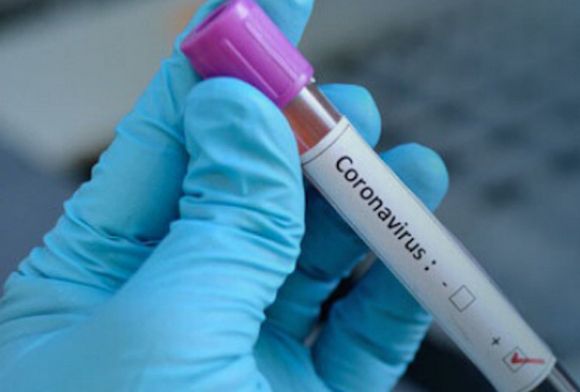 Most coronavirus statistics are depressing – but not all

The global pandemic continues to ravage the world with ever-increasing infection numbers but there may be signs of hope.

Take, for example, the inherent implacability of the human body. Life scientists know all too well that dealings with the organic often refuse to be quantified and manipulated for our black-and-white way of understanding things.

One dilemma that has skewed our perception of the virus has been deciding what "counts" as a COVID death, as plenty of people have died unaware they had the virus.

As Professor of Mathematical Biology at the University of Melbourne James McCaw tells me:

"More people have been hospitalised for COVID coincidentally than directly."

Meaning, that they checked into the hospital for a different illness only to find, to their shock, that they also have COVID.

Consequently, there has been much speculation about the accuracy of official COVID death tolls. Deaths are only counted in the tally if COVID is singularly determined to have been a factor.

However, the idea that these "coincidental" diagnoses are so common is a testament to how much can fly under the radar. One can only imagine how many completely undetected cases are floating around for each "coincidental" diagnosis. Many do not show symptoms, fewer bother to get tested when they do and fewer, still, hospitalise themselves.

This manner of ambiguity doubles as leeway for the limbs of corruption, like data manipulation in the form of opaque and disorganised reporting processes. An investigation into China's impressively low death toll – 62 times better than Australia's, as of late 2021 – revealed significant reporting disincentives and a lack of consensus in all steps of its data collection.

Early in the pandemic, as Chinese officials had allegedly been punished for overseeing outbreaks, there was a widespread reluctance amongst officials to report bad news to their superiors, fearing reprimand. It seems that a government that values saving face over accuracy can only let fester what they would like to suppress.

The collective scramble in the dark wrought by the challenge of a once-in-100-years disruption to society has brought corruption to the fore and its machinery manifests overwhelmingly in the shape of a positive feedback loop. The more COVID cases, the more there is for officials to hide. As data inaccuracy is more amplified, its consequences of resource misallocation and poorly informed public directives create more cases.

It must be said, however, that the suspicions that prompted China's investigation in the first-place stink of a disproportionate reverence of the West over Asia. An article from November 2021 quotes a pathology specialist saying he would be "intrinsically suspicious" of any COVID death rates lower than Australia's. 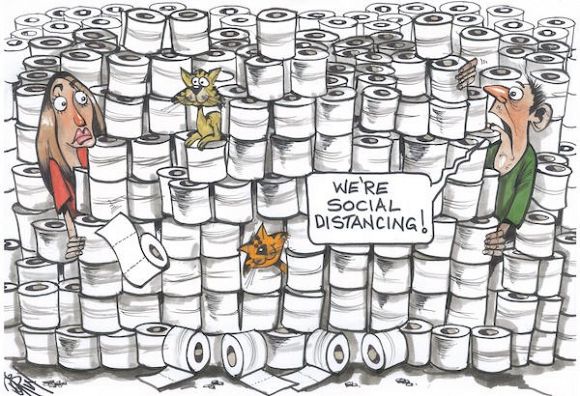 COVID-19 is war and some countries are starting to win

The latest coronavirus data shows continuing crises in most European countries but there are positive signs elsewhere.

However, in comparing Australia with Taiwan, for example, one wonders whether Australia has rightfully earned its status as a yardstick against which specialists can measure international progress.

The two have similar populations of 25 and 23 million, respectively, but a difference in population density of around 670 people per kilometre² overwhelmingly lends the disadvantage to Taiwan. Taiwan, however, boasts a death toll six times lower than Australia's and more than two million fewer cases as of February this year.

In any case, if there is any justification in holding soaring expectations of Western countries regarding COVID results, it is nothing to be proud of. Among the most egregious of the pandemic's failures has been the uneven distribution of vaccines worldwide.

As expounded in a 2021 analysis in The Lancet, high-income economies accounting for around 16% of the world population secured over 70% of doses of the five major coronavirus vaccines. Perhaps predictably then, by the tail end of November 2021, 100 million vaccines in Western countries were estimated to have never been used before their December expiry dates. The mind reels at the infirmity, social disruption and loss of life that might have been prevented had those millions been distributed fairly.

Where larger economies have the capacity to remedy financial hardships wrought by the pandemic, emerging economies struggle to follow suit.

Take Sri Lanka, for example, where rectifying the devastation of a pandemic appears to be at the limits of its capabilities. Inflation recently hit a record high at 11% – fuelling fears that the country could go bankrupt in 2022 – and the extreme poverty rate has increased for the first time in almost 27 years.

The World Bank has estimated that over 500,000 Sri Lankans are below the poverty line, reversing five years' worth of progress in the struggle against poverty. Pre-existing vulnerabilities to economic crises – like postcolonial class struggles – have magnified the consequences of COVID a hundredfold.

The hand that specifically postcolonial corruption has played in exacerbating COVID-era misinformation, disorganisation and overall hardship cannot be understated.

Faye Simanjuntak – celebrated in Forbes Indonesia's 30 Under 30 for her activism in Indonesia and co-founder of the popular political blog What Is Up, Indonesia? – shares with me how the political foundations of a country are transformed in the wake of colonialism, pre-emptively planting the seeds for pandemic-time vulnerability.

We don't really have the same political spectrum that other countries do because, essentially, leftist movements have been banned in Indonesia since 1965. So now, to win and to differentiate themselves, [political] parties rely on cults of personality and pandering to religious demographics… while not necessarily caring for the accuracy of the information they put out.

When Indonesia quite miraculously reported zero cases during a sharp global spike in COVID, then-Minister of Health, Terawan Agus Putranto, attributed the achievement to Indonesia's piety:

According to the South China Morning Post, Putranto said:

"We owe it to God. It's because of our prayers."

Elsewhere in June of 2020, the former president of Tanzania (the late) John Magufuli declared that coronavirus had been "eliminated by God" in Tanzania and his Government subsequently ceased all publication of COVID data — a decline in pathology surveillance and healthcare advocacy naturally ensuing.

It may come as no surprise that both cases of weaponised populist rhetoric were revealed to have been attempts at pre-emptively accounting for COVID corruption and authoritarianism.

Indonesia saw a relentless stream of widely-publicised corruption cases, most of which entailed embezzlement from COVID emergency aid funds. Similarly, the Tanzanian Government at one point passed a regulation prohibiting all manner of discussion of COVID-19 without approval.

Meanwhile... Tanzania's government insists it has eliminated Covid-19 thanks to prayer and steam therapy. pic.twitter.com/O27rEEQJ2U

For many, fear of being prosecuted completely stifled the sharing of information and if we've learned anything from the pandemic, it is that, terrifyingly, our lives depend on the proliferation of good-natured, well-researched information.

But what solutions exist for those who cannot trust their governments?

Frank Minja a Tanzanian doctor and associate professor at Yale School of Medicine claims that countries like Tanzania are lacking in "an enabling environment that allows scientific enquiries on such things as pandemics". And that science is a tool that we should be eager to use, in balanced conjunction with economics and politics, to "solve our problems". When it is stifled, people must attempt to solve these big problems themselves.

Conversely, Faye Simanjuntak talks of the supposedly heart-warming narrative of gotong royong – "joint bearing of burdens" or "communal cooperation" – that's been pushed in Indonesia throughout COVID:

About headlines describing community-level projects that villagers have created to help one other elude imminent poverty during COVID, Simanjuntak says:

It sounds very cool. Like, 'Wow! Indonesian citizens are living and embodying the values of caring for one another'. But those headlines draw attention away from the fact that these projects, although they're great, should not be a need for people to survive… you should be relying on the government, not other, regular people, to help you in matters of life and death.

As more fortunate countries rush to declare a "return to normal," we must remember that global crises are also overwhelmingly local.

One might think geographic inequality in health access has never been so visible, but it has. Just as with malaria, HIV and tuberculosis – yesterday ravaging developed countries, today referred to as "third world diseases" – news of rich countries "moving on" from COVID is a polite way of saying that they finally get to leave poorer countries behind.

Bella Farrelly is a writer who has been published on Farrago, the University of Melbourne student publication.

This article was first published on 'Farrago' in edition two on 6 July 2022 and is republished with permission.

Data in the dark: A look at COVID corruption

28 July 2022, 4:00pm The global pandemic has proven to be a breeding ground for corruption, with ...
Join the conversation
comments powered by Disqus
News updates