Cranks and crazies — US politics is fair game for Australians

Wayne Swan’s remark that the US Republican Party had been taken over by “cranks and crazies” is perfectly reasonable and acceptable, says Professor John Quiggin. 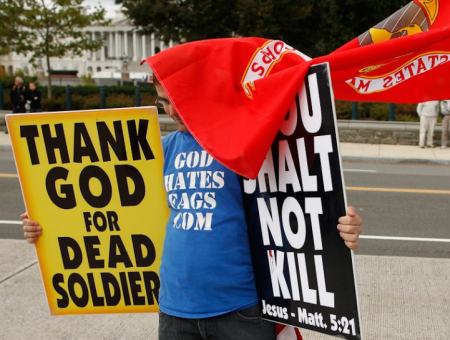 WAYNE SWAN'S remark last month that the US Republican Party had been taken over by “cranks and crazies” is notable in two respects.

First, it is true.

Second, it marks a further move towards a globalised politics, in which political arguments routinely transcend national boundaries.

The truth of Swan’s claim is so obvious that few, even in Australia, have bothered to dispute it. The following are just a sample of the lunatic beliefs held by much of the Republican Party base, propounded on its news outlets such as Fox News, and put forward by leading Republican politicians:

While not all Republicans believe all of these things, few, if any, have been willing to repudiate these conspiracy theories and their advocates. Mitt Romney, for example, has equivocated on climate change, embraced “birthers” such as Donald Trump and, through his campaign organisation, promoted opinion poll denialism.

The view that the Republican Party has been captured by cranks and crazies is not confined to Democrats or even centrists. Leading conservatives such as David Frum, speechwriter for George W. Bush and Bruce Bartlett, domestic policy adviser to President Ronald Reagan have said the same thing, in equally blunt terms.

Even the remaining conservative intellectuals who deny the “crazy” claim do so in a half-hearted fashion. New York Times columnist Ross Douthat argues that Romney’s success in claiming the Republican Presidential nomination, after half a dozen manifestly crazy candidates had held the lead at one time or another, proves that the Republican base is not entirely crazy. Others, such as Stephen Bainbridge, engage in tu quoque, picking isolated instance of Democratic silliness to suggest that both sides are crazy. Both approaches have proved unconvincing.

Accurate as Swan’s remarks are, it would have been surprising, until relatively recently to see an Australian leader make such comments about US politics. The etiquette that “politics stops at the water’s edge” precluded both comments on domestic politics while travelling overseas, and on the domestic politics of other countries.

Such niceties have ceased to be relevant in a world of massive and instantaneous communication. For practical purposes, any comment, wherever it is made, is addressed to the world as a whole. More significantly, political debate has been globalised. In particular, the “cranks and crazies” who dominate the US Republican Party, along with the right wing of the Tory party in the UK, inform the thinking of much of the Australian right-wing commentariat.

The Republican conspiracy theory about opinion polls was only days old when it appeared on Australian right-wing blog sites. Writing in Quadrant, once the voice of high-toned intellectual conservatism, Steve Kates called President Obama “a socialist of the most radical leftist kind”, an absurd description of a centrist Democrat who wasted much of his first term seeking a “grand bargain” with the Republican party to reduce social welfare expenditures while modestly increasing taxes.

And of course, climate conspiracy theories, recycling material derived from the US, are run of the mill material for the Australian right. Some on the Australian right are more circumspect, in a manner that might be described as “cafeteria crazy”. That is, they accept a full-blown conspiracy theory regarding climate change, in which Obama (along with most other world leaders, scientific organisations and so on) are embroiled in a plot to enslave the free peoples of the world. On the other hand, they indignantly reject birtherism, and get uncomfortable when the list of climate change plotters is extended to include the Rothschilds, the Royal Family and so on.

It’s fair to observe that the globalised Republican brand of craziness is not the only one in the market. Most obviously, there is the mirror-image brand of militant Islamism, circulating on websites and mailing lists out of the view of most Australians. At a much lower level, there are silly ideas propagated in some leftwing circles, from 9/11 “trutherism” to the wilder fringes of the environmental movement. But, unlike the case with the Republicans, neither of these brands of crazy has a significant presence in mainstream politics, either here or in the US.

A globalised world produces globalised politics. At one time, criticism from “overseas” (the very term recalls an long-vanished world of sea voyages), would have been largely counterproductive, producing a united reaction against outside interference.

But the US reaction to Swan’s remarks has been on predictably partisan lines. Democratic-leaning bloggers such as Paula Gordon on The Huffington Post have endorsed Swan. The fact that Australian politicians rarely make such remarks has been cited, not as a criticism of Swan, but as evidence that Republican extremism has gone beyond any normal bounds.

Conversely, right-wing US sites have attacked Swan in much the same terms as they do their domestic opponents. Exactly the same responses, with sides reversed, greeted Israeli PM Netanyahu’s attack on Obama, and, going back a few years, George Bush’s criticism of Mark Latham.

In practical terms, the re-election of the Obama Administration, which now seems highly likely, would constitute a substantial win for the Australian Labor Party. And a surprise victory for the Republicans would be a win for Tony Abbott and his Republican-style politics of culture war.

In a globalised world, there is no meaningful “water’s edge” and politics no longer respects national boundaries.