Conservative capitalism: a strange way to remain the same

There is a contradiction at the heart of conservatism, says Grant Wyeth, and it's that capitalism in modern times is, by its very nature, rapidly changing and evolving. 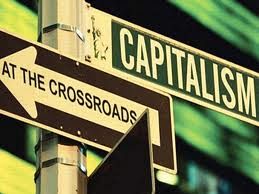 ON FRIDAY LAST WEEK in The Age, Waleed Aly wrote a thoughtful piece on the tensions that currently exist globally within “the Right” of politics.


'...conservative politics [has come] to be built on a contradiction: a pact between the opposing forces of free market-liberalism and social conservatism.'

However, Aly didn't quite go far enough in explaining just how strange and counter-productive to conservative ideals this alliance has become. Modern political thought tends to view this as a perfectly consistent philosophy, but I would contend that nothing could be further from the truth.

The way I see things, World War II and the Cold War induced conservatives in the West to go looking for the most anti-socialist (both national and garden variety) philosopher and economist they could find. It led them to F. A. Hayek, a man who diagnosed the brutally restrictive machines of state-centric Fascism and Communism earlier than most. However, this was an ironic choice for conservatives, seeing he had also written an essay entitled Why I'm Not A Conservative.

However, as insightful (and misunderstood) as Hayek was (and still is), I think we need to look towards another economist for a more succinct reason as to why this is such an odd match.


'Capitalism is by nature a form or method of change and not only never is, but never can be, stationary.'

Which is why I find it strange that we conventionally call capitalism “economic conservatism”, when the dictionary tells me that conservatives are uncomfortable, opposed, or suspicious, of change.

Schumpeter, however, also observed that capitalism is


'...a process whose every element takes considerable time in revealing its true features and ultimate effects.'

This could be considered “conservative”, in that the more rational conservatives believe change needs time to digest, not full-scale resistance. But since the post-World War II period, market-fuelled economic and social change has moved at such a rapid and multiplying pace that surely conservatives would advocate more state intervention against the market, not less?

The train, the car, the aeroplane and the internet – all major inventions fuelled and enhanced by competition and the free exchange of ideas – have been instrumental in breaking down ethnic and cultural barriers as they moved the masses out of the monoculture of the village and into the wonderful world of difference. Firsthand knowledge is the biggest enemy of the ignorant, and capitalism has given us these wonderful tools to gain it.

Furthermore, when it comes to cultural and ethnic relations, the conservative adherence to the market is again odd. If, as Hayek would promote, the state is a physical impediment to exchange amongst humans, then surely the nation is a mental one? The nation is one particularly dangerous form of collectivism that conservatives seem to have overlooked.

Swedish academic Hans Rosling has noted that a capitalist invention such as the simple washing machine was a significant tool in the women's liberation movement. The massive amount of time it saved allowed women to educate and organise themselves. The result being that within a very short period, women now out-attend and out-perform men in education, and will soon translate this to out-earn.

The state just doesn't have the knowledge, the mechanisms, nor the self-interest to create change on this scale. And when it has tried, it has ended up with a lot of dead bodies.

The state is a reactionary institution in the purest sense. Its role is to react to what occurs around it, and when you concentrate considerable power and prestige in it, the state is less likely to be comfortable with change that may threaten this power.

This is why I refer to both the state itself, and the ideas of “the Left”, as “structurally conservative”. Presently, “the Right” have the desire to resist change, but “the Left” have all the instruments to do so.

This is something Bob Katter understands with his conservative “Old Labor” instincts. He may be backwards, but at least he is philosophically consistent. There are no homosexuals in the seat of Kennedy, just as there are none in Tehran and Pyongyang. By a head in the sand or a gun in the hand.

However, in a modern liberal society, the issue is lost for poor Bob. The prevalence of gay characters on television now, and the popularity of a prime time show like Modern Family, indicates just how far the state in Australia is behind.

In reference to his own support for gay marriage, U.S. Vice-President Joe Biden noted:


"I think Will & Grace probably did more to educate the American public than almost anything anybody's ever done so far."

Shows such as these are not just educational tools though. Their prominence is actually a reflection of society's values. They're shown in prime time for a reason. The state only hears the loudest voices, the market has a much more finely tuned ear.

A similar thing can be said about America's Tea Party movement. I (smugly) call them “Reagan's Losers”. Yet what The Tea Party miss, that Katter understands, is that they only sow the seeds of their own further discomfort by advocating for increased liberalisation from the state. The increased “freedom” they call for, is actually the freedom that will continue to create significant global, economic and social change.

Theirs is an essentially nationalist movement, they attach themselves to market-liberalism due to America's national mythology, not due to its cosmopolitan outcomes. 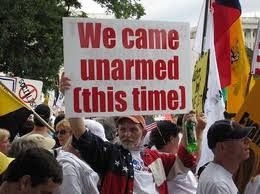 This existential crisis within the Republican Party, along with the rise of UKIP that Aly mentions, the minor parties formed out of the Coalition and the irrational and unhinged rhetoric that spews from elements on the Right these days, are all symptoms of conservatives struggling to reconcile this pact with market-liberalism that doesn't provide them with the outcomes they desire.

The changes occurring globally and locally in the 21st Century are too strong for this contradictory alliance of ideas to hold. Conservatives are going to either have to learn to embrace the era in which they live, or find a different philosophical and economic model to align themselves in order to resist it.