Words are important, says Sarah Burnside — and using some of the darkest episodes of the twentieth century to score political points might be a bit irresponsible. 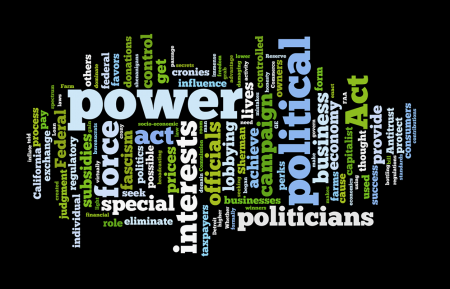 THE WORDS used by senior Coalition figures in anticipation of the forthcoming Federal election demonstrate a concerning trend in our political language. That is, the notion that we are all entitled to our own opinion (brilliantly critiqued by Patrick Stokes in The Conversationlast year) seems to have morphed into the idea that, in support of a political cause, we can utter whatever hyperbolic nonsense we like without consequence.

The phrase ‘protection racket’, for instance, has a specific meaning. It was unlikely that when Opposition Leader Tony Abbott described the Prime Minister as ‘running a protection racket for Craig Thomson’ recently, he intended to accuse Julia Gillard of masterminding an extortion scheme to coerce victims to pay money under threats of violence. When challenged on his leader’s phraseology, however, shadow Attorney General George Brandis dissembled, stating that Gillard ‘was for months, and indeed years, Craig Thomson’s principal political defender and protector’.

The terms are not synonymous though — protecting someone is not the same as running a protection racket, and surely communication is easier when words are used as though they have an objectively ascertainable meaning. The Opposition Leader appears to have adopted the approach of Humpty Dumpty from Lewis Carroll’s 1872 classic Through the Looking-Glass:


‘When I use a word…it means just what I choose it to mean – neither more nor less’.

Abbott is not alone in this regard; other Opposition members also seem to demonstrate indifference to objective meaning.

Witness Christopher Pyne’s recent comparison of the Gillard government with the dying days of the Third Reich. Pyne suggested that following the resignation of senior ministers Chris Evans and Nicola Roxon, the ‘Government is starting to resemble a scene from Downfall’ – a movie depicting Hitler’s final days. This analogy seemed particularly unfortunate given the recent, solemn commemoration of the eightieth anniversary of Adolf Hitler’s appointment as Chancellor of Germany. Pyne later issued a notably equivocal apology-like statement regarding his choice of words: arguing that Attorney-General Mark Dreyfus’ reactions merely represented ‘confected outrage designed to get a headline’, Pyne continued


"…if anybody else has taken offence at that, well of course I retract the statement."

Consider also the language surrounding the carbon tax — the introduction of which in 2011 prompted Nationals leader Warren Truss to lament that ‘tyranny’ had ‘come to Australia this day’ and to compare his nation with Libya.


When [the tax] came into effect on July 1, 2012, the Prime Minister said: ‘Look, the sky hasn't fallen in so it's a great success’. But let me make this point: the sky didn't fall in over East Berlin when the Soviet socialists took over control of East Berlin. But of course, 30 or 40 years later people looked back and thought, how did we get here?

What is lacking in the above comments is not only some perspective, but the maturity to grasp that using some of the darkest episodes of the twentieth century to score political points might be a bit irresponsible. These historical events are real and tangible and continue to impact the world in which we live; the specific words used to describe them should not be reduced to mere rhetorical flights of fancy.

During the years 1996-2007, the then government’s critics were often derided as mere ‘Howard haters’, who could only view John Howard and his policies through the distorting prism of their own antipathy. More broadly, it is also often suggested that those on the left stereotype conservatives, seeing a far-right extremist behind every supporter of limited government. What is one to make, then, of Liberal politicians who routinely elide their opponents with dictators? It is as though, instead of an Opposition which criticises government policy, we had a mob of angry teenagers who reflexively associate everything they dislike with the twin demons of fascism and communism. The verbal antics described above call to mind, perversely, Rik from the 1980s television show The Young Ones – a leftist/socialist/anarchist poseur who threw around the words ‘Nazi’ and ‘fascist’ with abandon and seemed to equate Thatcher’s Britain with occupied France.

As the year progresses, we will also doubtless hear more references to Julia Gillard’s 2010 ‘brutal coup’ against Kevin Rudd — language that could only be used so flippantly in a country fortunate enough never to have experienced a military dictatorship. Our political system is not without flaws, but one wonders what citizens of nations which have experienced real coups against elected governments might make of this kind of rhetoric. Consider Tony Abbott’s statement that ‘a midnight knock on the door followed by political execution is no way that the Australian Prime Minister should be treated’. (Parenthetically, given that in 1975 Abbott’s party dispatched not just a leader but a government which had been elected twice in the past three years, and that it has never apologised for nor resiled from its actions, might one also perceive some hypocrisy lurking amid the melodrama?)

Sometimes obvious points bear repeating, and it seems that this is one of those times. So here it is: words have meanings, and those meanings matter. Let’s try not to forget that as the political year progresses.

25 February 2013, 12:29pm Opposition to divisiveness is a recurring theme for Tony Abbott, however Sarah ...

11 February 2013, 8:46am Words are important, says Sarah Burnside — and using some of the darkest epis ...
Join the conversation
comments powered by Disqus
News updates