Knives are legitimate tools, but in Australia some are banned. 15 year-old knife collector Zac Winkler (pictured below) wants to know why. 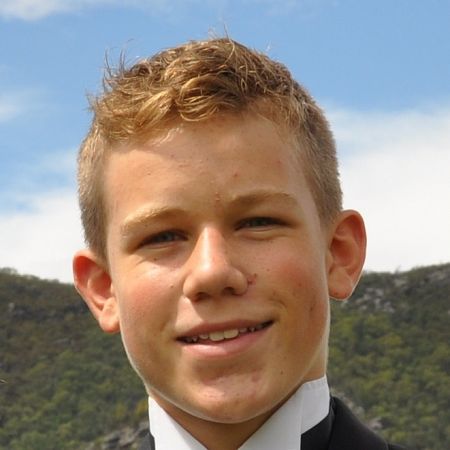 I AM A 15 YEAR OLD and, like many people my age, I have a hobby. I like collecting knives, although I cannot legally purchase them until I am 18. Some kids collect stamps or footy cards. For whatever reason, I have a fascination with the craftsmanship of knives. I like the way they look, and discovering the infinite amount of tasks they can be used for.

Knives are legitimate tools and have been for centuries, but in modern Australia some are banned, and I don’t know why. Yes, there are cases of people being injured or killed by knives, but the same goes for motor cars as well as various tools at your local hardware store.

I do not necessarily agree with the laws regarding carrying knives, but I understand why they are in place. However I do not understand why there are limitations on the edged tools that can be purchased. All knives are dangerous to some extent if misused and perfectly safe if not misused, like many other things we use on regular basis.

For example, if I was 18 I could legally purchase an SOG Sogfari machete with a 45cm blade length, and a spiked tang (butt-end of the handle) for pounding and scraping:

However, I cannot purchase a Benchmade Griptilian – widely regarded as a superior example of knife design – because its 8cm blade can be opened with one hand and then locked in place:

When I talk to people about this they often say: “Yes, but the smaller knife is easier to conceal.”

However, it is completely legal to purchase in Australia a fixed-blade knife with the same blade length, which can be opened with one hand and ships with a TCCS:

What does TCCS stand for? Total Concealed Carry System. That’s right, it comes with sheathing that can be attached to almost anywhere on your body or clothing.

Why do we feel the need to ban or restrict something that only makes our lives easier? Why do we have to ask customs about what knives we are allowed to buy? If they all have the same purpose, then why do we only restrict some? There is no such thing as a ‘dangerous knife’, because almost all things are dangerous if used in a violent fashion.

Movies show gangsters and thugs with switch-blades or balisongs (butterfly knives), but statistics show that a lot of knife crime – possibly even a majority – is committed with kitchen knives. Trauma Audit Research Network data presented to a British Parliamentary committee in 2008 showed that kitchen knives were used in logged crimes ten times more often than the next most common identified knife.

Yet we continue to each own a variety of knives in our kitchens and anyone can walk into a supermarket and out with a 15cm super sharp blade! The terrible murder of UK soldier Lee Rigby in May was carried out with two meat cleavers — legal in any household.

Why are knives the scapegoat? What about pickaxes, hatchets, hammers and cricket bats? Why are these so easy to access when they as dangerous as knives? I understand gun bans, because guns have one purpose while knives have a thousand.

Why are we restricted from knives specifically designed as rescue knives like the Spyderco Rescue, equipped with seat belt cutters and window breakers and a sheepsfoot blade that is almost impossible to stab with, just because the blade locks? It is a knife designed to be as non-violent as possible and yet we ban it. This is when the laws begin getting ridiculous.

How about people with one hand impaired? How are they supposed to open a two-hand deployed folding knife? It is actually more dangerous for them than a one-hand deployed blade.

I bet many of your grandparents and great-grandparents would have owned pocket-knives at my age and most likely taken them to school. They simply were not thought of as weapons, but as reasonable tools with varied uses.

There seems to be no interest from most politicians in looking at this issue. Perhaps it is because a lot of people who are interested in knives are young people like me who are not yet allowed to vote.

I read a lot of international knife forums and earlier this year I wrote to a few Australian political parties to ask about their policies. The only positive response I got was from the Liberal Democratic Party although they seem more interested in lifting bans on guns and other weapons. They also labelled knives as ‘weapons’, which I did not appreciate as people don’t generally label hammers and screwdrivers as ‘weapons’.

Now that the LDP have David Leyonhjelm elected as a Senator maybe there will be some interest in looking at the inconsistent knife laws, but maybe it will be regarded as too unpopular. There are some groups that the mainstream is happy to discriminate against, and I am sad to say that knife enthusiasts are one example.