THE TRUST has just been passing around a Chinese food-stained copy of the Sunshine Coast Daily from 28 February 2014.

We were impressed with the quality of the publication. Despite the several mills of soy sauce that dripped from the dims sims, you could still make out the type.

How good is that?

Penned by the ever-insightful Mark ‘Furlernator’ Furler, the article paints a picture of glorious vindication for the new Fisher MP:

Mal Brough has every right to feel totally vindicated by a court of appeal decision which clears him over wrongdoing in the James Ashby affair.

In the lead-up to the last federal election, Mr Brough was the target of a vicious campaign by the so-called Ashbygate crusaders who maintained the former Howard Government minister was part of a conspiracy to bring down Mr Slipper.

So is ‘crusaders’, those men with the Cross and swords of steel. Big, strong, manly words.

Furler should know the heart of the crusade depends on cold-drip ristretto. Dilettantes is closer.

The Furlernator is, however, man enough to admit his own errors:

Back in July last year, I wrote an opinion piece saying the damning findings by Federal Court Justice Steven Rares raised serious questions about Mr Brough's pre-selection by the LNP.

It was based solely on the findings of the court, as I explained to an angry Brough who rang me to complain about the piece.

Today, given the new court findings, I am obliged and happy to say I was wrong, as were others in the media.

After some other stuff relevant to any Mal Bough hagiography, Furler chestfully concludes:

‘It will be interesting to see what those behind the Ashbygate campaign have to say about all this now.’ 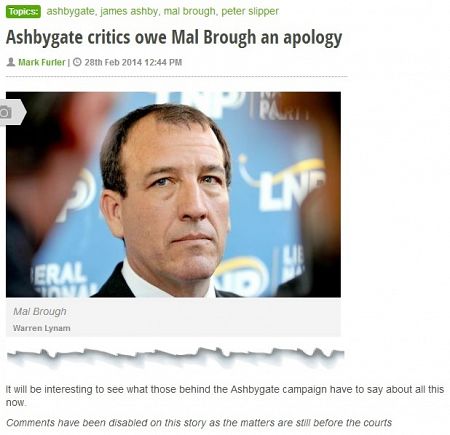 Interesting indeed. Of course, if the esteemed Sunshine Coast Daily hadn’t disabled the comments with some spurious stuff about ‘legal proceedings’, we might well have availed ourselves of the opportunity to respond directly after the article.

For the record, Mark may wish to read the Ashbygate Trust’s report on Thursday’s decision, published yesterday: Ashbygate Snakes and Ladders.

Of course, despite Furler’s bleatings, the Brough smell is not going away.

Furler may have written his piece last year based solely on the Rares’ judgement, but we have spent a great deal of time researching this matter using such old-fashioned techniques as going to primary sources and interviewing witnesses.

Until Mal comes clean under oath, the dark cloud will sit on his shoulder.

On Thursday, Ashby lawyer Michael Harmer stood at the exit to the Federal Court and told the assembled throng his firm was looking forward to re-launching Ashby’s workplace sexual harassment case.

So far, two Federal Court judges have ruled in Slipper’s favour ‒ one of them comprehensively  ‒ and two in Ashby’s — hardly a ringing endorsement for anyone.

All that Thursday’s judgement meant was that the case is allowed to be reheard — if Ashby wants. But despite all the bravado, whether Ashby follows through or whether he decides to cut his losses and quietly exit stage left is anyone’s guess.

Our bet, after a few hours of cold-dripped coffee from our new Vladimir Abbott 1574 (we threw out the Tony Putin, it was crapola), is that no new case will be mounted.

The thing could be deader than a dead cat and it seems to be in every the player’s interests to let dead cats lie.

They can then attempt to rewrite history, while we continue looking for the truth.

Read the full Ashbygate saga on IA here. Find out more about the Ashbygate Trust, or become a member, here. 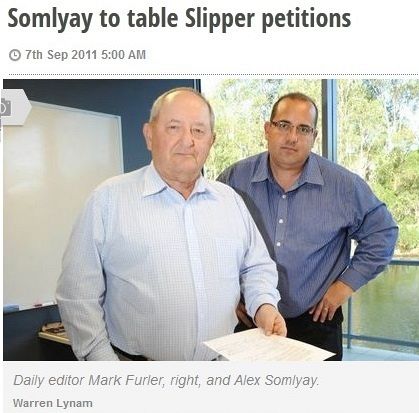 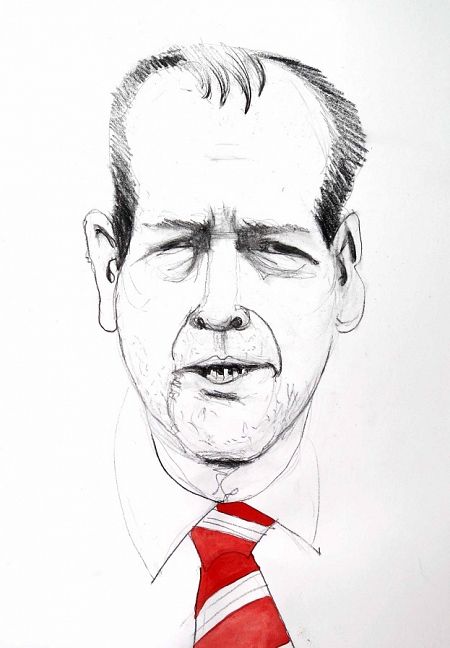