With Peter Slipper announcing he will run again in Fisher as an Independent, the Ashbygate Trust uncovers more stunning details about the plot to discredit and destroy him.

Peter Slipper has announced he’s going around again, despite the kicking he received from the old media and Murdoch in particular.

And despite the best efforts of his nemesis, one Malcolm Thomas Brough, DOB 29 December 1961, to collude with others to bring him down.

What was the plot? When did it start? Who was in it? And who covered up?

The answers to the first two questions are a) To overthrow a duly elected Government; and b) it crystallised at Christmas 2011.

Who was in it? Start with the names we are familiar with – Ashby, Brough and Doane.

She’s gone to ground, her old Sunshine Beach premises now occupied by another renter. A read of the texts shows Karen to be a woman with an eye on the main game, working her way up the tree from tropical tourism to Slipper and thence, hopefully, to a gig with the state sports minister. Our enquiries show she’d like to have expensive tastes and she’s partial to bling, but so what? So’s half of Australia.

Our conjecture, for the moment, is that Karen has found herself in the unenviable role of patsy. We have pretty good idea of Karen’s whereabouts, but she has two children and we are not going there. She will be in court soon enough.

Now we get to Brough.

Mal’s motive? A cursory glance would say so he could do Slipper early and jump into parliament on a by-election. If he had done so, it could have been curtains for the ALP, front bench for Ms Mirabella. Appealingly, this kind of urgency is consistent with the LNP philosophy of offering everything up to the inner sphincter to gain power.

There is a grain of truth in this argument, but that’s about all. It’s unlikely Mal ever believed it.

The burning question is, why do the LNP continue to endorse a man about whom Rares J made such scathing remarks?

A compelling answer is because there was a deal. And disendorsement would be an admission Mal had been part of a plot to further the interests of the LNP. The bluff and bluster of denial is the only remaining defensive tactic.

To seize Fisher, all Mal had to do was hang around the Sunny Coast with sleeves rolled up and give free beer to the dogged SCDjournos and he was a shoe-in. His branch support was guaranteed. Slipper was dead meat before he accepted the deputy-speaker role.

The allegations against Slipper were not made to a criminal court and the court had no power to find Slipper guilty of any criminal offence, so even if the allegations had been proven, always a long shot, there was no reason, apart from embarrassment, for Slipper to resign and cause a by-election. Mal did not do this for electoral gain. That was not his motive.

He wanted way more, he wanted the power of intervention, the power of the front bench. And that is doled out only to the worthy. To the rolled-gold sycophants. Mal thought it wise to assist the team.

James himself, what drove him? It is evident he was not nearly as offended as the Murdoch prissies by the sometimes graphic nature of Slipper’s texts.

A previous IA article detailed Ashby’s options under his employment contact with the Commonwealth, yet he chose not to take the prescribed path. 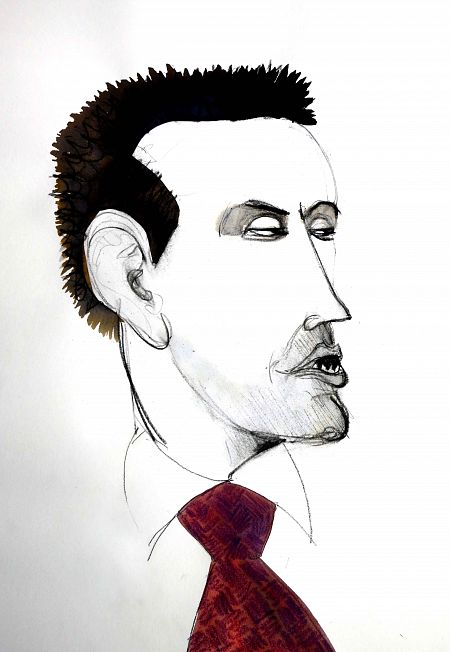 Instead, he decided to shoot a $150kpa job in the foot; a job which, if he had played his cards right, would have seen him segue from obnoxious DJ to strawberry farm manager to a player the very heart of the nation.

It’s not as if James doesn’t like money — he has well-documented tastes that include helicopters and personalised number plates. He lives in a house with a man reputed to be a wealthy heir; a house that is more a fortress, its back to the water and situated in a cul-de-sac so that surveillance is almost, but not quite, impossible.

Assuming Rares was right, the only conclusion can be that James was motivated by the belief his future would be enriched by the experience.

Despite Harmer’s phyrric victories (ok, he did alright with Mickey Arthur, but Mickey never claimed to have been forced to watch another man shower), taking your boss to court over sexual harassment is ‒ and was as it turned out ‒ fraught with danger. The Claimant often walks away with nothing minus costs. That’s because many sexual harassment cases are bought by fruit-loops for any number of imagined slights. But James is not fruit-loop. He is an intelligent and capable man.

Michael Harmer is not cheap. He has expenses, including a June 2012 bill for $747,000 to the Tax Office for former oversights. The Fraser-Kirk/DJs fiasco resulted in a disappointing $850,000 settlement, an amount so low Ms Fraser-Kirk felt unable to donate any of her share to charity as she had stated she would.

But at least she got a payout, which is more than can be said for James. Rather than follow proper procedure, he decided on a high-stakes gamble which, had the agreement between him and Harmer’s been arm’s length, would have exposed him to the massive downside of legal fees and costs. James is not that stupid.

The weakness of his case is highlighted by the perceived need to give it some grunt by adding the spurious video and Cabcharge allegations in the Originating Application. It is tempting to believe Harmer convinced James to go ahead because he could mount such a PR blitz the court would be overwhelmed and award him the prize but, after the spectacular failure of the Fraser-Kirk matter in late 2010, this tactic had been well and truly discredited. Again, James is not that stupid.

Someone had dangled another prize in front of James — a prize attainable win, lose or draw.

On the highway between Cairns and Port Douglas lies the Turtle Cove Resort, ‘a Gay & Lesbian, Adults only, Holiday Vacation Resort’. At dinner ,on the night of 15 August 2012, a guest at the Resort loudly shot his mouth off about Mr Pyne. The guest did this in front of many witnesses — some brave enough to sign statements and identify photographs. 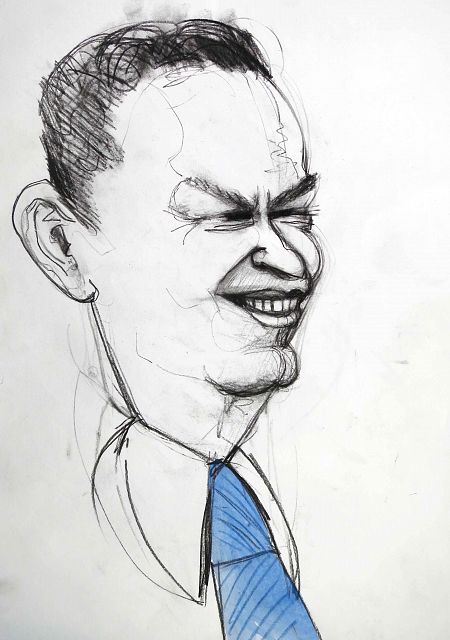 The guest apparently enjoyed his stay, because he wrote on the Turtle Cove website:

I just returned from 8 fantastic days at Turtle Cove. It was my second time and this by far was the best. I had an Ocean View room which was clean and looked over the ocean. The staff were brilliant (especially Grant and Lee) and made everyone feel comfortable and part of the family. A+++ to all the staff.

I went up there on my own but no need to worry. The Turtle Table was brilliant in making friends and I had a blast with several people who I will remain in contact with and hopefully do a Turtle Reunion with in the future.

The Ashbygate Trust is, however, fortunate enough to be able to call on the skills of a former Federal employee who considers it his calling to locate people and has some pretty good software to back up his talents. He describes the apparent disappearance of such a reasonably high-profile person as ‘unusual’.

In a nutshell, our witnesses at the Turtle Table say this person alleged he had a long-term affair with Mr Pyne but was jilted when Mr Pyne met and began an affair with James Ashby. Read that again. The guest, moreover, reportedly alleges that Pyne is "up to his neck" in the Ashbygate affair.

We have a photograph of this guest and have confirmed his identity, but until we locate and speak with the missing guest this, of course, tantalisingly unconfirmed.

After that we arrive at the humdrum Hockey. Call us liars, call Jonathan Swan a liar, call Peter Slipper a liar — but Hockey and Brough met with Palmer. Claims and counter-claims swirl — did the Hockey/Brough team ask Clive for the funds to back Harmer’s costs?

We have another witness apart from Peter Slipper who says Clive told them directly about the specifics of the Hockey/Brough request. This person will state this in court.

Back on 5 July IA ran an article regarding graffiti at Clive Palmer’s resort with a photo of the cleaners at work taken by Richard Bruinsma (a former Slipper staffer) of the Sunshine Coast Daily. In his comments, Mr Bruinsma said the graffiti related to Julia Gillard: ‘from Julia came no progess’, he reported and was therefore anti-ALP.

But it did not say Julia, it said Julie. And therein lies another tale.

For now, be assured we have much more information and are waiting on the go ahead from our lawyers. We’ve received several emails regarding the alleged activities of Christopher Pyne and have confirmed both the source and content of these missives. We’ve met with sources on the Sunshine Coast and, best of all, we have facts.

EDITOR'S NOTE (19/8/13, 5pm): Certain Sunshine Coast Daily reporters have claimed to have been defamed by what we considered to be a rather innocuous phrase:

'To seize Fisher, all Mal had to do was hang around the Sunny Coast with sleeves rolled up and give free beer to the dogged SCD journos and he was a shoe-in...'

This quote originally, merely for the benefit of readers, had a link to a recent story the paper had done on Ashbygate. It should be clarified that this sentence was meant to figuratively demonstrate that Brough had no need to intervene in the Slipper affair as he was, as the pre-selected LNP candidate in a safe conservative seat, virtually assured of election. The reference to "free beer" was a figurative, rather than a literal, comment — there was no suggestion made or intended that Sunshine Coast Daily reporters had ever accepted free beer from Brough, or even that Brough had ever offered any. The comment was also not a reflection on any particular journalist, but rather that IA feels – we believe with some justification – that the newspaper as a whole, editorially, has been rather more tenacious in its pursuit of Peter Slipper over alleged entitlement misuse than they have in Brough's part in a combination to bring down the Government. Nevertheless, to any journalists who feel they have been unfairly tarnished by this comment, we sincerely apologise, as absolutely no insult was intended.