An armchair guide to the Western Australian half Senate by-election

Bemused or befuddled by the strange electoral events happening in the West this weekend? Camo can help you get you up to speed in his brief – yet entertaining – five(ish) point guide.

IT’S TIME TO DO THAT politics thing you do so well and it’s time to tell you how to do it.

Or did it. Or something.

If Terry McCrann can get away with calling himself an economics expert then you may kindly refer to your humble correspondent as a political pundit.

So now that we’ve established our credentials, grab a glass of red, settle in to the chair facing the computer and prepare to have some reality laid on you, politics-style.

1. It shalt be a resounding endorsement of

Having as we do a single mainstream media source in the eighteen squintillion square miles of land that make up the Commonwealth of Australia – and having as that media source does a totally-not-gay extreme hardon for all things Rabbott – the Senate outcome will be a win for the Liberals.

Even if no Liberal-National members are elected to the States' house; even if in fact every elected member to the Senate from WA is a Communist; it will be a positive for the current Government.

Prepare to see phrases such as 'lower than expected swing to Labor', and 'core voting intentions among key demographic' and 'Labor fails to achieve balance of power' — whatever has to be written to spruik the chosen ones will be written.

Possibly with a cross-link to a Terry McCrann article saying how the Libnat raison du jour has created a 10pm-4am casual non-shift-loading job that would not be possible under Labor.

2. It shalt be an resounding condemnation of 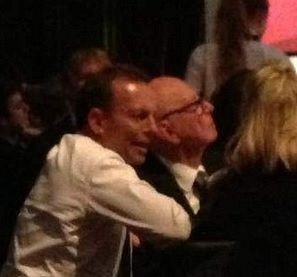 Alas, poor Rupert, I knew him not.

And neither do the millions of Twitter, blog, Facebook, Fairfax, Guardian readers and commenters (and, yes, content writers) understand that ‘the’ media in ‘the’ commonwealth is determined by ‘the’ owner and believed by ‘the’ people.

On the flip side, the anti-Murdoch presstocracy is as given to fact-averse spin pandering as much as your local Akerman and if, for any reason, the WA voters do return a pro-Liberal result, it will be ALL CAPS SHOUTED DOWN from the interwebs by username CANT_YOU_PEOPLE_SEE from Redfern, and gluten-free-soy-burger of Fitzroy.

All-caps-shout and gluten-free-soy will then look for each other’s names and handles on other websites that allow comments below the main article and spend their next three hours feverishly agreeing with each other on as many of them as they can find.

3. A surprise outcome will occur

Both sides will predict stuff. Not all of it will happen.

When it doesn’t, it will be a surprise — regardless of the fact that the other side may have predicted the exact thing in their piece-to-camera five seconds ago.

Announcers on counting night will cover for this by saying every dogdamned thing is “surprising”.

“Some surprising results from the Pilbara…”

Steve Smith campaigning on behalf of a Labor candidate:

“And now a surprising move from within the Labor camp…”

By calling everything including mundane, predictable, non-event outcomes ‘surprising’, the announcer is pre-covered for when something unexpected does happen.

4. It will be drummed up

No politics for 3 more years?

There’s some politics going on in WA, get on it. Make me some nachos. Who’s side are we on? Oh. Make nachos anyway.

Editors love politics because people who are not their employees are out there actively trying to make news. So the eds will let them.

Encourage them, in fact.

If an ed can get 300 words transcribed from watching a press conference on ABC News 24 or Sky without the cost of sending someone to cover it — happy days.

And YOU'LL READ IT because it will be bold-cap-shout print on the front page.

I have one of those weird obsessive-compulsive things where lists have to have a logical number of items. Four items felt like I had just not spent enough time thinking of a five. Telling you that I didn’t have an idea for 5 makes you think I should have stopped at four. But I can’t. It needed five.

Rule 5 is > have some perspective. 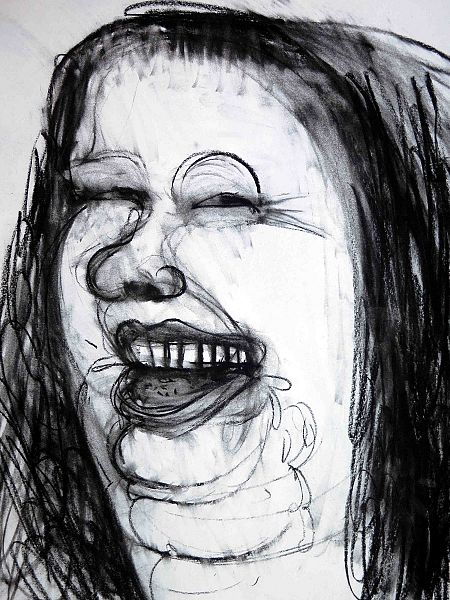 An armchair guide to the Western Australian half Senate by-election

4 April 2014, 11:00am Bemused or befuddled by the strange electoral events happening in the West this ...

Holy Moses! The rise of the Godbuster

A Beginners Guide to Surviving Grand Final Week in Melbourne