There are at least 17 areas of current internal dissent in Abbott's new Government, writes Alan Austin, who asks why his house is so divided.

Internal disputes are many and varied. They are also deep. They raise several disturbing questions about Australia’s teetering administration.

This followed Turnbull’s harmless observation that

“… people of the same sex can get married in Auckland and Wellington, Toronto and Ottawa and Vancouver, in New York and Los Angeles, Baltimore and Cape Town, but not Australia.”

Bernardi attacked Turnbull’s views not just on marriage but on cabinet:

“Frontbenchers argue for changes in party policy through cabinet whilst backbenchers are free to discuss any policy ideas they like. You can't have it both ways.”

As is clear from the number of rifts within the Abbott cabinet, this remains unresolved.

‘… an audacious push for the two-year-old LNP to sit as a separate bloc within the federal Coalition.’

That intervention appears to have been handled ineptly. The ongoing dispute involves government “culture”, specific policies, pre-selections and party funding. 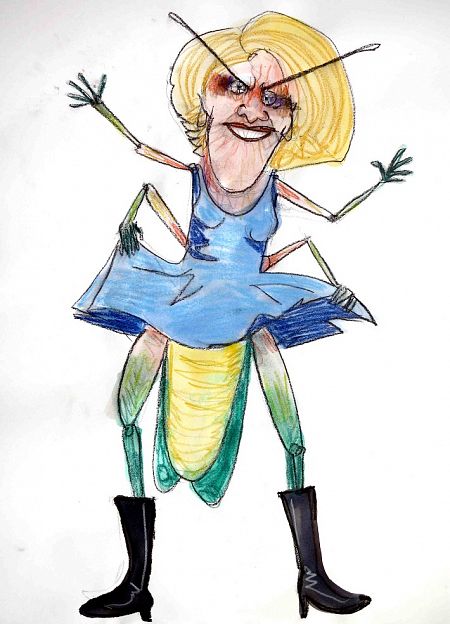 Recriminations were barely controlled when Abbott announced that both his cabinet and the group of parliamentary secretaries would each have just one woman.

He compounded divisions by sidelining qualified men in favour of inept performers, such as Christopher Pyne and Julie Bishop.

“What should have been one of the proudest days of my life has turned into one of the worst. The ecstasy of a new government and success in the north has turned a little sad with a phone call from Tony Abbott saying he has no room for me in the new ministry.”

Some simply swapped family members with other MPs. Others ignored the order altogether.

Outraged supporters condemned the move as “disgraceful and disrespectful” and, with Humphries, refused to attend.

Senator Ian Macdonald was scathing in his public vitriol:

“But I have to advise … that I will not have unelected advisers in the prime minister’s office telling elected politicians who are actually in touch with their constituencies what should and shouldn’t be done.”

The control Abbott’s chief of staff, Peta Credlin, has over the prime minister has been so divisive within Coalition ranks that Finance Minister Mathias Cormann publicly attacked unnamed MPs who have disparaged Credlin’s role in private media backgroundings.

“The people that are briefing are disgruntled people. They are certainly not interested in maximising our chances of success in the future."

“Peta Credlin has done an outstanding job for us in opposition.  She obviously has a very important job at the heart of the government and she will be central to our success.”

Several Coalition frontbenchers have been shameless in rorting travel, accommodation and other entitlements. These include Don Randall, Barnaby Joyce, Attorney-General George Brandis and Abbott himself — all of whom have repaid money fraudulently claimed.

Others, including Liberal Rob Johnson, have indicated their dismay at this and have called for offenders to be sacked.

It is clear that education minister Christopher Pyne’s preferred funding policy is a complete abandonment of the Gonski scheme. He had the support at the time of the cabinet majority.

Abbott and some other ministers then slapped down the hapless Pyne, forcing him into an Olympian double inverse backflip. In other Westminster administrations any minister with a spine would have resigned at this humiliating repudiation of his authority.

For the first time, a U.S. corporation was stopped from investing in an Australian industry. This was the result of internal conflict which included accusations of lying and reported resignation threats.

Reports claim Joyce threatened to resign, although he disputes this. The same reports quote unnamed Liberal ministers delighted at that prospect:

“I didn't think it would be this easy to get rid of him.”

The government’s position on Holden’s departure has been described as “incomprehensible”. Some ministers, such as industry minister Ian Macfarlane, wanted to save the company. Others, including Abbott, clearly believe it was okay for it to close. Macfarlane admitted cabinet was split.

The government is also in dispute over development of Sydney’s second airport. Abbott and a cabinet majority are in favour. Opposed are a cabinet minority and backbenchers including local Liberal member Russell Matheson. 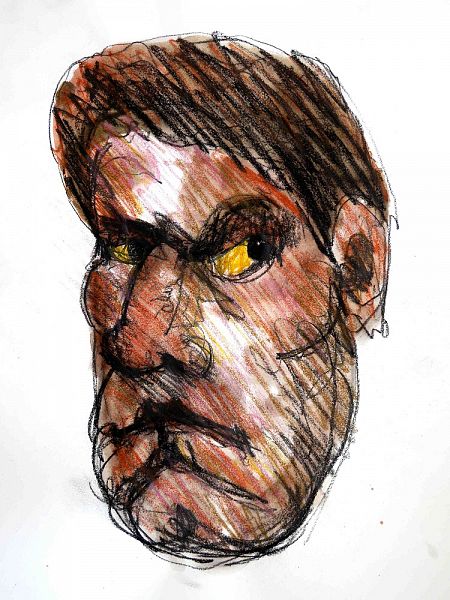 The government is bitterly divided on public broadcasting. Backbencher Cory Bernardi openly called for funding cuts and for the ABC to take paid advertising.

According to Bernardi, the ABC is a threat to Murdoch:

“The ABC has grown exponentially over the years. And now it's basically encroaching into the newspapers of the 21st century.”

He is supported within the government by Speaker Bronwyn Bishop, Ian Macdonald and others. Resisting this call are Malcolm Turnbull and, so far, the PM.

This is consistent with calls from some pro-business Coalition ministers. Those opposed include Christopher Pyne:

“Maurice Newman is entitled to that view. I don't think that's the view of the government.”

Senator Ian Macdonald is furious at the handling of the government’s Northern Australia policies.

He claims he “discovered” the terms of reference for developing the policy almost by accident. When he then contacted the PM’s office, he was told:

‘We will let you know when the terms of reference are eventually decided.’

In a bizarre action, the senator moved his own amendments in Parliament.

“It should not have been necessary for me to have to move amendments to a government motion .…[but] I don't believe that the terms of reference ... were appropriate, in the best interests of northern Australia.”

A Government divided against itself

That’s 17 areas of current internal dissent. There are others. They raise three disturbing questions.

First, has Australia has replaced one of the most united and effective governments in Australia’s history – on actual policy matters – with perhaps the most divided?

Second, why has most of the media – notably Murdoch’s News Corp – failed to report what is actually happening in Canberra?

And third, how on earth can the Abbott Government last three long years if what is normally an exuberant honeymoon period has been so dysfunctional?

The originals of John Graham's art, featured throughout in this piece and elsewhere on IA, may be purchased by contacting the editor at editor@independentaustralia.net.