Unlike Rudd's sledgehammer approach to Gillard, Abbott is a slow, persistent and artfully subtle thorn in Turnbull's side, writes Mark Hipgrave.

BACK IN THE EARLY 1980s, I was working for an engineering contractor building coal conveyors for the State Electricity Commission of Victoria's (SECV) new Loy Yang Power Station.

These were the days when the government-owned SECV controlled every aspect of the electricity business in Victoria, actively opposing private generation.

Yallourn was still a town, not a hole in the ground and electricity demand was growing at seven per cent per annum. It was an entity run by engineers, for the amusement of engineers, under the oversight of the trade unions.

I remember asking my opposite number at the SECV what the commission's logo represented. 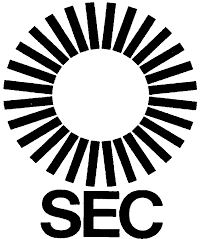 "There's actually two schools of thought within the organisation. It's either an exploding arsehole, or an aerial view of twenty eight donkeys pulling in different directions."

The SECV has long gone, courtesy of Jeff Kennett's privatisation of the state's electricity assets in the mid 1990s and the logo is languishing. It's available for reuse and would make a good choice for the Turnbull Government, to sit under the umbrella of the Liberal and National Party logos.

Back in May, I suggested that if Malcolm was to win the election he was likely to be squeezed between a resurgent Labor Party and his own right wing. It wasn't a difficult prediction to make but I'm surprised at the speed at which this has happened — and its extent.

Since the election, I recall only one commentator suggesting that life would be easy for the new PM.

While everyone else was debating whether or not Malcolm would have the option of hosting Christmas 2016 at Kirribilli, former Liberal MP Peter Reith, in his 12 July Fairfax column, laughably opined that Turnbull would successfully settle into the job over the coming three years and lead the party to the 2019 election.

"For Turnbull going to the 2019 election, he will have at least four things going for him. He will have a record of managing the issues of the day, more time to put together his policy, the experience of being PM and the benefit of incumbency."

Would that it were so. The mainstream media is doing a good job of cataloguing Turnbull's troubles and Abbott's antics. There is not always a direct link between the two. In many cases, Turnbull is stumbling all on his own and Abbott is being aided by the right wing alphabet soup of Abetz, Brandis, Bernardi, and Dutton.

Whereas Kevin Rudd used a blunt instrument to take down Julia Gillard and seize the helm of the stricken Labor ship just before it was dashed on the rocks of failure (and perhaps costing himself the UN secretary-generalship), Abbott is being much more subtle.

And to be fair to Tony Abbott he is doing a very fine job of this, since Turnbull became PM! #auspol pic.twitter.com/jrYFxEnXIw

Ruthlessly successful as opposition leader, hopelessly inept as prime minister, Abbott is now providing an excellent example of how to undermine his leader whilst whistling insouciantly, hand in pockets, and saying "Who me? No. Certainly not!"

It's a form of Chinese water torture, with water falling drip, drip, drip onto the head of his victim.

It is evident that Abbott still has his eyes on The Lodge, despite some commentators suggesting that this will never happen. It's inconceivable that the profile he is maintaining is all to help alleviate traffic problems on the Sydney northern beaches. He's offering opinions on anything and everything – donations reform, the NT Royal Commission, the Malaysian Solution, a treaty with Indigenous Australians – and has even kissed and made up with Pauline Hanson.

Taking another analogy, at ancient Ethiopian royal banquets, guests were served raw meat, sliced from a live bull. Eventually, the poor beast succumbed after one cut too many. This practice is currently being repeated, with Chef Abbott doing the same to the hapless (Turn)bull. He's in no hurry. He can see the prize. He can stay patient. He's got three years to get it.

I suspect that if Turnbull ever wakes up to what's going on, he'll call another election first. Perhaps it can be combined with the marriage equality plebiscite ...

Rudd was a lone destabilising wolf. Abbott has a loyal bunch of disciples. He's more dangerous to Turnbull than Rudd was to Gillard. #auspol

Support independent journalism. Subscribe to IA for just $5 a month (or less).

The Mt Coot-tha zipline project — what is Brisbane Council hiding?

Who are the real heroes of the #BankingRC?

26 April 2017, 12:00pm Far from being the solution to Australia's energy crisis, the Snowy Hydro 2.0 ...
Join the conversation
comments powered by Disqus
News updates