TURC on the HSU Day 2: Fix the fix

The Union Royal Commission gently walked Kathy Jackson's cronies through their evidence yesterday, before viciously attacking Craig McGregor, the HSU whistleblower who had made allegations against Jackson. Peter Wicks from Wixxyleaks says the mood among most observers is that the fix is in.

THE MOOD in the elevator was shock and surprise, then someone said

The rest of the packed lift agreed, muttered and nodded.

This was in the elevator I shared with members of the media as we headed back up to the media room after the testimony of Craig McGregor — the current secretary of the Number 3 branch of the HSU, Kathy Jacksons former branch, at the Royal Commission yesterday.

More on that later.

The day started off with questions over whether Kathy Jackson was going to appear, or whether it would be later in the week; most did not expect her.

Quite unexpectedly Jackson showed up before proceedings commenced coming in through the front door of the building.

There to support Kathy throughout was her partner Michael Lawler, the vice president of the Fair Work Commission.

So keen was Lawler to show his support, he came in a different entrance to Kathy and did not sit with her in the Royal Commission hearing room; in fact, it seems Lawler goes to extreme lengths not be seen or photographed with the woman he supports.

Could this be indicative of his opinion about the allegations against her?

First witness up for the day was Katharine Wilkinson, who is the former Vice President of the Victorian Number 3 Branch whist Kathy Jackson was Secretary.

Wilkinson testified on a few interesting points: the NHDA slush fund, another fund for Jackson's so-called “discretionary spending”; the exorbitant pay rises; and how much members of the Branch Committee of Management (BCOM) were paid for their services.

Wilkinson started out by saying that she had thrown out branch financial statements — something that I found quite alarming and rather suspicious for someone in her position.

I mean, some may even call it the destruction of evidence.

One can only imagine the outcry if Michael Williamson's vice president had been throwing away financial documents.

Wilkinson testified that she was unaware of the NHDA slush fund.

When it came to Michael Williamson and his approximate 30% pay increase, that was recommended by Jackson's close friend Beth Jenson as part of HSU East, Wilkinson was apparently "shocked" that Williamson should receive such a huge pay increase.

Jackson's friend also recommended massive pay increases for Jackson's factional pals — including a 66% rise for Jackson and a 70% rise for Bolano, who in his previous campaign had campaigned on lowering the wages of union officials.

Fortunately for both of them, Jackson and Williamson were still working closely together and Williamson pushed through these enormous pay rises despite what I’m sure were deafening howls of protest.

A point I found intriguing, however, was Wilkinson’s testimony regarding the BCOM payments.

51. The amount received was usually $100 cash per meeting. I recall that the BCOM had resolved for the payment of higher sitting fees than this amount and that the BCOM members had agreed to contribute the difference towards expenses associated with protecting and advancing the interests of the union.

52. In this way, amounts would be withdrawn from time to time in cash. Some of the cash was used to pay the $100 sitting fees and the balance, representing the donated portion of the sitting fees was retained by Ms Jackson.

No matter how many times I read this, the donated portion appears to be donated by the Union itself. The BCOM members agreeing to take higher payments only to donate them back seems like robbing Peter to pay Paul. Except 'Paul' in this instance is Katherine Jackson, since she is the one keeping the cash.

I'm not sure, but wouldn't the best way of 'protecting and advancing the interests of the union' have been just leaving the money in the HSU bank account?

Wilkinson claimed there were anywhere between 10 and 15 members of the BCOM.

Our information is that membership of the BCoM was always exactly 12, but never mind. Let's assume the meetings were all "best attended" according to Wilkinson's testimony.

According to the signed statement of Reuben Dixon – a BCOM member – the BCOM generally met monthly, so that would be 12 meetings per year, making it $18,000 in sitting fees per year — maximum. 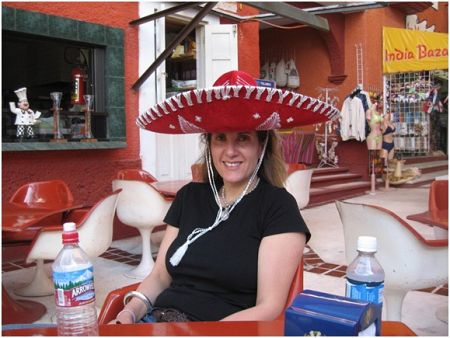 However Jane Holt, Kathy Jackson's branch bookkeeper, who was up next, told a vastly different version of the sitting fees tale.

This can be explained by Wilkinson's statement re the extra “donated portion” paid by the union to BCOM members and given to Jackson for “discretionary purposes”.

That leaves $6,500 into what we’ll call the Jackson Discretionary Fund.

At 12 meetings a year, that makes a tidy little $78,000 Jackson Discretionary Fund each year.

I wonder if, when Holt testified of Jackson bring her “often vague” receipts in a shoe box, she was referring to a Jimmy Choo shoebox.

One of the things both Wilkinson and Holt testified about was what has become known as the Peter Mac money, which totalled $250,000 — a quarter of a million bucks.

The money was owed to workers who were incorrectly paid entitlements, and the $250,000 was a settlement between the union and Peter Mac.

Both Wilkinson and Holt described this money as a “windfall” for the branch. The problem is, this was the correct payments owed to workers for their work — not a "windfall" for a bunch of union officials.

Unions are supposed to fight for fair pay and entitlements for their members, and chase down money not pay — not chase down this money and keep it for themselves. If this is not fraud and theft on HSU members, than what exactly is it?

What it wasn't was a HSU "windfall".

Holt's statement also shows the payments into the notorious NHDA slush fund, which totalled $284,500. Holt further testified that these payments were budgeted for, suggesting they were pre-planned.

Next up was the auditor used by Jackson's branch, John Agostinelli.

Mr Agostinelli testified that he was satisfied that listing slush fund payments as campaign contributions was appropriate as in the case of the NHDA slush fund allegedly controlled by Kathy Jackson.

Agostinelli also had the remarkable view, for an auditor, that any cards that bore the name 'Kathy Jackson' were official union cards and were assumed to be treated as such. He did not, it appears, make any investigations as to whether that was in fact the case. As a result, all three Jackson credit cards he deemed as union cards, therefore making direct debits from a union cheque account to pay for them totally acceptable.

Kathy’s Diners Club card, Agostinelli testified as an example, was used for expenses such as travel and accommodation. Travel may also explain why Diners Club statements on our resource page show the purchase of a car: 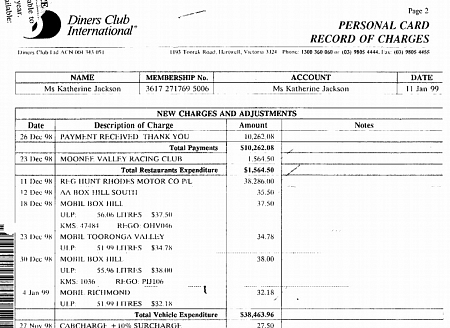 After lunch, it was the current secretary for Kathy Jackson's former branch, Number 3, Craig McGregor's turn to take the stand.

There was a tangible sense of anticipation amongst the media, who were keen to hear details of the case against Jackson.

Then the unimaginable happened.

In the media room the video feed went down just as Craig was to take the stand, as did the sound, all we had to work with was the transcript feed.

Desperate attempts were made to fix the issue whilst we missed Craig’s testimony, however we were told that it would be at least half an hour till it would be fixed.

With that, so as not to miss too much, most of us in the media room headed for the elevators and waited for a lift. Then we travelled from the 19th floor down to the 5th floor where the hearing room is located. Then it was just a matter of going past security via an X-Ray machine, and metal detector and heading into the hearing room.

I found myself sitting directly behind Jackson, Bolano, and Hart throughout what was left of McGregor's testimony, which was quite difficult to hear, particularly with the childish giggling and carry on by Katrina Hart and Marco Bolano in front of me. Despite efforts by Jackson to settle them down, the pair behaved in a highly inappropriate and disrespectful manner.

What was extremely obvious, however, was the change in attitude of Counsel Assisting Jeremy Stoljar SC, who chastised and berated McGregor like a parent disciplining a naughty child. Considering this was the only witness this week to not be singing Jackson's praises, the difference in questioning was stark and quite telling.

Only those in the hearing room, however, had the chance to witness this as the video feed for the website was also down.

Whilst Hart's prior testimony had been about how bad Williamsons allies had been for not responding to her queries, something Stoljar had seemed keen to trawl over, expand upon, and explore, McGregor was criticised for not requesting information from the auditors enough times when they failed to supply the information requested. 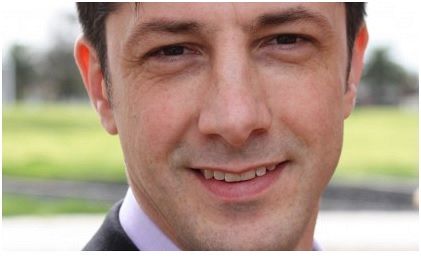 'In a distinct shift in tone, Mr Stoljer grilled Mr [Craig] McGregor', wrote the ABC's Laetitia Lemke in a report on yesterday's proceedings.

While Bolano and Jackson were praised for taking information to the media to force a response when they couldn’t get answers, McGregor was admonished for doing the same.

At one point Stoljar even raised his voice, as if scalding a child.

However, it was not what Stoljar chose to ask McGregor that was significant, it was what he chose not to ask him that was most telling.

Stoljar chose not to pursue the very things that the media were waiting to hear, the $1,000,000 plus expenditure on credit cards, Neranto #10, the child care, and the extravagant spending.

After McGregor's testimony, the feeling amongst the media seemed to be that we had all been short-changed, to put it mildly.

As mentioned earlier, there was talk of the “fix being in”, blatant displays of bias and being witness to an orchestrated witch hunt while some of the most questionable characters seem to be being protected.

This was reflected in articles published that continued to raise questions over Jackson rather than praising her as they used to. Even News Ltd attacked Jackson in both the Daily Telegraph and The Australian.

The only sign of a good news story for Jackson – apart from Stoljar's apparent snow job – came from Michael Smith's blog site, which may be explained by the fact that he was not at the hearing.

Those in attendance thought differently.

It should be noted that, as yet, no witness has been cross-examined and so witness claims remain unchallenged — with the apparent exception of McGregor's.

Yesterday's witness statements are also available on my resource page.

Today, Kathy Jackson is in the stand all day and the media will be waiting to see how hard she is questioned by Counsel Assisting compared to his questioning of Craig McGregor.

Editor's note: If barrister Tony Morris QC could be suspended for apprehended bias in the Patel Royal Commission in 2006, then could there be a case for something similar to occur here at TURC? Much depends on how Stoljar chooses to treat Kathy Jackson.

Peter Wicks will be live tweeting from #TURC today @madwixxy. Catch up on the full Jacksonville saga here. You can watch #TURC live online here.