Think For Yourself: Pokemon Go

Is Pokemon GO about to cause a rash of accidental deaths or is it as harmless as solitaire? IA critical thinker John Turnbull examines the burgeoning phenomenon and the accompanying media panic.

OFFICIALLY LAUNCHED Wednesday July 6th, Pokemon GO is a free-to-download app available for iPhone and Android. From a technical point of view, it’s an augmented reality app, which is to say that it uses the mobile phone camera to overlay digital content on the real world. This part of the phenomena isn’t new.

There are already hundreds of AR apps already available from the popular Golfscape GPS Rangefinder, handy Localscope and the slightly annoying Cyclopedia, which gives you wiki-type information about objects around you.

What is new (or at least, relatively new) about Pokemon GO is that it takes a geocaching approach to take the trading card game to the streets, encouraging gamers to hunt out different types of Pokemon, train them and battle them against their friends. If this all sounds a little weird to you, settle in… 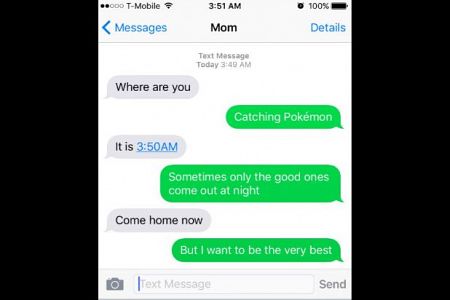 In the event that you managed to avoid the near-ubiqitous presence of Picachu over the past few decades, here is the short version.

Created in 1995 by Satoshi Tajiri, Pokemon began life as a Gameboy game inspired by insect collecting, whereby players had to collect different types of mythical creature and battle one another. The player would wander around a virtual landscape until they discovered a Pokemon that they needed, then they would catch it using a Pokeball.

Following a trading card game offshoot and a number of video game sequels, Pokemon was brought to life as an animated series, although the plot (such as it was) had little to do with the actual games.

From the late 1990s to the current day there have been 14 TV series, 19 animated movies, a Monopoly game and a total of 59 video games across different platforms.

Pokemon Go is the 7th most popular news story in Australia: more popular than snow, not as popular as tennis: https://t.co/Pl4CgmfwRj

How does Pokemon GO work?

Developed by Niantic, the app launches with a warning:

“Remember to be alert at all times. Stay aware of your surroundings.”

In the Terms & Conditions (which I read for possibly the first time in my life) it says that players participate in the game at their own risk, and then goes on to remind you that health and life insurance are always a good idea. Wow, thanks, Niantic.

After this awesome warning you are given a very basic introduction to the game mechanics, then left to figure things out for yourself. Start to walk around, and your on-screen avatar will walk as well, the virtual map revealing points of interest around you. When you get close to a Pokemon, the screen switches to a camera view, and you “see” the beast in the real world. Once you see a Pokemon, you need to stop in your tracks and flick Pokeballs at it until you capture it, which must be an acquired skill because I suck at it.

Once you have captured your Pokemon you can train them up at a PokeGym, which is usually a public or historical place but may be just some dude’s house. Once your Pokemon are trained and evolved, you can fight them against other trainers at pre-arranged locations. It is interesting to note that many of these activities mean you have to stand very still, flicking wildly at your phone screen, totally ignoring the world around you. 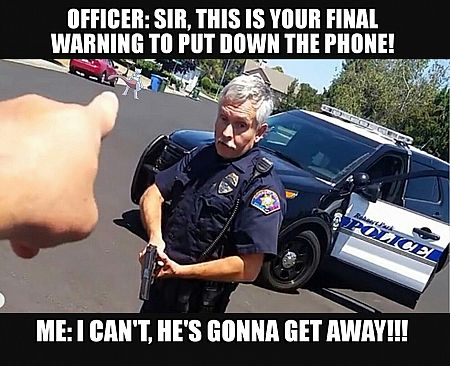 So kids and gaming nerds are getting some exercise. What’s the harm?

At the time of writing, there have been no fatalities connected with Pokemon GO. While this sounds a little like Kent Brockman reporting on the superstorm with zero casualties, it seems almost inevitable that someone will be killed playing Pokemon GO before too long. Note that this isn’t necessarily the fault of the game, as we humans are notoriously good at getting ourselves killed in stupid ways, but walking into the path of a truck because you’re chasing a Dragonite seems particularly unfortunate.

Since the launch of the game there have been reports of a number of armed robberies in St Louis, Missouri, where criminals used a beacon on Pokemon GO to lure players to a remote location and rob them. Police in Darwin have asked players not to wander into the Police Station looking for Pokemon, and while there hasn’t been a major car accident as some websites have suggested, I’ve spoken to three different people who have admitted to playing while driving. Someone also found a dead body, but I’m sure that’s a life-enriching experience in a “Stand by Me” kind of way.

As a “Freemium” game, Pokemon GO is free to download but contains in-app purchases. While developer Naintic go to pains to point out that you don’t need to buy anything to enjoy the game, longtime players of freemium games know that this is disingenuous. Sure, you don’t HAVE to pay for the quick evolve upgrade, but if all of your friends have it, you’re destined to lose. As the game progresses, progress gets gradually harder and the in-app purchases gradually more vital, and like in the real world the rich kids end up with the shiniest toys.

Tech blog Gizmodo recently wrote an article casually dismissing the above problems, even giving the smug advice “Don’t play Pokemon GO anywhere you wouldn’t text”. Unfortunately, one of these activities inherently involves watching your phone screen while walking, one doesn’t. You don’t have to walk and text (in fact, ample YouTube videos show that it’s a bad idea) but the whole idea of Pokemon GO is walking around and searching for the little bastards. 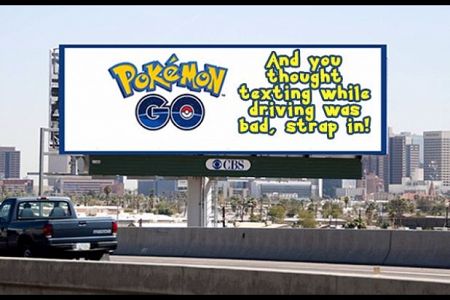 So is Pokemon GO good or bad?

If you’re games giant Nintendo, who recently took a bath on the Wii U, then Pokemon Go is the best thing ever. As well as reaching the coveted number 1 spot on the iTunes download chart, Nintendo shares have jumped by over ten per cent since last Wednesday, Reuters reports.

From a gameplay perspective, Pokemon GO is fun but repetitive, with a core appeal to 90’s kids who don’t want to admit that they’ve grown up.

From an educational standpoint, there is a heavy exploration aspect to the game, as players need to go to statues and historical places to collect Pokeballs, which are required to catch Pokemon. Of course, there is no guarantee that you will learn anything about the particular historical site, but it’s a nice thought.

For the player, the best thing about Pokemon GO is undoubtedly the fact that it makes players exercise. You can’t play Pokemon GO sitting in your lounge room, and for this reason alone it is better for you than almost any console game.

On the downside, the fact that so much attention must be given to the screen when walking is problematic — even in the limited time I played the game I had to apologise to three people for getting in their way. The location of Pokemon is also questionable, as the game directed me into an unlit carpark at one point and a vacant lot at another. While this is fine for a grown man (although to be honest I skipped the carpark) it seems untenable to ask an impulsive 12 year old not to follow a rare Pokemon into a potentially dangerous situation. After all, you’ve gotta catch ‘em all… 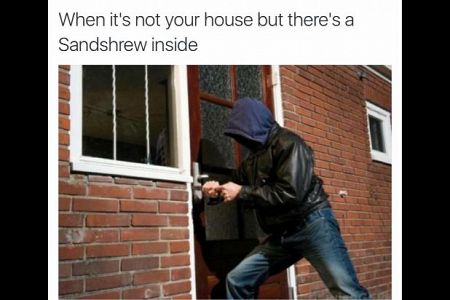 In all likelihood, the Pokemon GO craze will be over within a few months, but during that time it will be interesting to see how many unfortunate players are injured and the increasingly hysterical scare campaign in the mainstream media — won’t somebody think of the children?

Pokemon GO isn’t the best game in the world, but it isn’t the worst.

Like what you read? John Turnbull''s books are now available on Amazon and Kindle. For about the price of a cup of coffee you can take a journey deep into the disturbed psyche behind columns including Screen Themes, Think For Yourself, New Music Through Old Ears and JT on NXT. There’s supernatural thriller Damnation’s Flame, action/romance Reaper, black comedy City Boy and travel guidebook Bar Trek: Europe. Check them out!

A Wartortle just showed up on Santa Monica Pier and HUNDREDS of people ran for it. Absolutely insane #PokemonGO pic.twitter.com/ySfjWMaNYh