The renewed push for a nuclear Australia

By Noel Wauchope | 7 July 2011, 12:01am | comments |
Pro-nuclear campaigners are, beyond all reason, using the Fukushima nuclear disaster to push the case for an atomic Australia. Noel Wauchope reports. 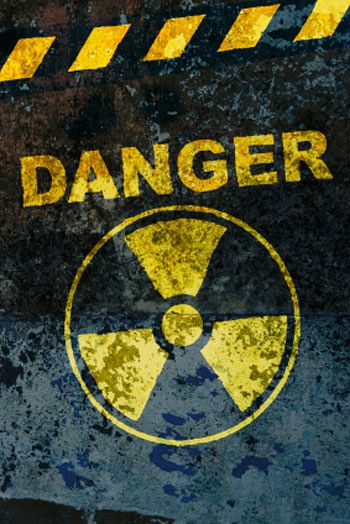 Perhaps because of its geographical isolation, Australia is, in some ways, off the culture map. This might be why Dr. Ziggy Switkowski, Professor Barry Brook, Dr Adi Paterson and the rest of the nuclear propagandists seem to be able to get away with statements on the Fukushima nuclear disaster – now described as the world’s worst industrial disaster – that range from the dubiously absurd, to the downright untrue.

All three enjoy excellent media exposure. Former chair of the Australian Nuclear Science and Technology Organisation (ANSTO), Dr Ziggy Switkowski, always bears watching. In an article by Jim Green in the Green Left Weekly this year (July 4) about the safety of nuclear plants during an earthquake, Switkowski is quoted as recommending:

“The best place to be whenever there’s an earthquake is at the perimeter of a nuclear plant because they are designed so well.”

These sorts of irresponsible comments from the pro-nuclear lobby clearly compelled Dr Peter Karamoskos – a nuclear radiologist and a public representative on the radiation health committee of the Australian Radiation Protection and Nuclear Safety Agency – to respond in The Age on April 8 in an article called “Don’t be fooled by the spin:  radiation is bad”. He slams the chutzpah of the nuclear industry, describing its industry representatives and acolytes as

Adding to Switkowski’s comments, he quotes Professor Barry Brook from the University of Adelaide talking about the Fukushima disaster:

‘‘It will provide a great conversation starter for talking intelligently to people about nuclear safety''.

And even more foolishly from Brook:

“There will be no breach of containment and no release of radioactivity beyond".

Discrediting renewable energy is one aspect of the worrying change in tactics by campaigners pushing for nuclear power. Up until now, Australia's nuclear propagandists have stuck pretty much to their own territory — i.e. claims about how cheap, safe, clean and beneficial is nuclear power. But now, in Australia, as the popularity of renewable energy surges and its technologies become cheaper and better, the pro-nuclear campaign is also being directed at ruining the prospects for solar, wind, and other renewables.

Australia's nuclear-obsessed Minister for Resources and Energy, Martin Ferguson, started the ball rolling to make sure that he and his man at the IRENA (International Renewable Energy Association) prevent Australia's renewable energy initiatives from really getting anywhere. As Ferguson said last week in Dow Jones Newswires:

"Nuclear power could feature more predominantly in Australia’s energy debate if renewable energy sources such as wind and solar don’t evolve enough to provide reliable electricity around the clock.”

Another aspect of the worrying turn is Switkowski's newfound enthusiasm for China. In a recent report in the Sydney Morning Herald, Switkowski says the “centre of gravity” for innovation and manufacturing of nuclear power is moving quickly to China. The cost to manufacture nuclear components in China was likely to be around 60 per cent of that in Western countries. He concludes:

“When we are ready to get involved in nuclear power, we will look in a catalogue, pick up the phone and place an order on a Chinese vendor, who will deliver it at a price that we can afford.”

China’s nuclear industry is notorious for its secrecy and corruption. Ziggy is decidedly vague on how this sales arrangement would come about or what type of reactors these might be. At other times, by contrast, Ziggy has been more fulsome on the subject of reactor types, advocating for the Gen III and IV— that is, the latest, safest, ones. (Note: one Gen III plant is in operation in Japan but no Gen IV plants are anywhere near ready to operate.)

But, to me, there's a more serious part to this third aspect: the safety of nuclear reactors. Ziggy doesn't bother to go into detail on how these new and largely untried nuclear reactors will be safer. The argument is driven home by subtle suggestion…you see, Fukushima has woken up the nuclear industry and, as a result, the next reactors will be safe! The devastation caused by Fukushima's nuclear "event" somehow proves the safety of the next lot. To me, that's an extraordinary leap of logic.

In this neat twist, the Fukushima nuclear disaster is supposed to make us feel more reassured! This is the overriding argument in the latest pro nuclear spin. Although Australia's spinners are good at it, they didn't invent it. On 30 June, 2011, the Guardian exposed leaked emails showing that the Fukushima "PR campaign" cover-up planning started just hours after the catastrophe.

This campaign by nuclear propagandists trivialises the risks of radiation, even stressing that no deaths have occurred. It lies about the safety of the industry. John Ritch, Director General of the World Nuclear Association is quoted at length in a video interview with Russia Today on 2 July 2011 declaring that nuclear energy is still one of the safest sources of power — and getting safer.

Is nuclear safe?  Are 3 Mile Island, Fukushima and Chernobyl just 'bumps along the way”, as Ritch declares? With all this emphasis on safety, radiation effects are never discussed.

The same argument could be used to show how safe the asbestos industry is: just a few deaths from falls in the mine if you don't count the mesothelioma that comes on years later. Same with tobacco and lung cancer.

To the worried citizens of Fukushima, a much less subtle pitch is being given by an authoritative source. In an extraordinary lecture by Dr. Yamashita, Fukushima Radiation Health Risk Adviser, he advocates:

"If you smile, you'll be safe from radiation. This has been proven by experiments on animals internal radiation has 10 times less health risk than external.”

In other words, “if you feel safe, you will be safe”.

With the prospect of Australia adopting a carbon tax in the near future, we can be sure that nuclear industry will go into overdrive in its efforts to promote nuclear as the successor to coal-fired power whilst trashing its renewables opponents. Watch out for nuclear funded anti-wind and anti-solar “community” groups coming to you from the same mining companies who fund the astro-turfers — the so-called “grassroots” global warming denialists.