The crimes of Meghan Markle

Markle's crimes include dating other men before marriage, being ambitious and not fitting the mould of being an English aristocrat, writes Jacinta Coelho. 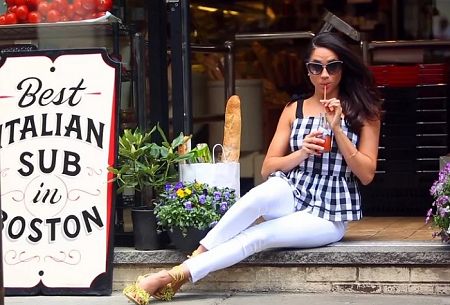 IF YOU haven't been keeping track of Meghan Markle and Prince Harry, you're forgiven. The news is currently saturated with the upcoming royal wedding which will be held on 19 May.

People are waiting with bated breath for this wedding. It's a huge deal — but not for me. Don't get me wrong, I love weddings. I have nothing against Prince Harry or Meghan, I'm just a republican. That point aside, I usually gloss over the headlines on the royals but the recent news that has come out about Meghan Markle made me a little bit annoyed.

The article went on to say that she had six exes... who she thought were husband material. It said she had to 'kiss a lot of frogs' before finding her prince. It goes into details about how she used a dating book and goes through each and every ex she ever dated. Including their occupations and details about their relationship at the time.

The first is the article implies that Markle is a gold digger who wanted to make it big in hollywood and that is why she dated ex Shaun Zaken. The article makes it known that he was 'well connected' and that she 'liked the lifestyle'. It’s implying that as she is now marrying a prince so she must want the money and lifestyle. (Not that she had wealth before in her own right.)

It's interesting how the adjective "gold digger" gets used when it comes to women but never men. You see, women can marry rich but never make money in their own right.

The second is, the article is outdated in the sense that we are supposed to find it shocking that women date prior to meeting a partner that is suitable. As though women cannot play the field like men. Women are supposed to sit and wait until they are 36, and hope that someone proposes without seeking help books if they choose. Women are not in charge of their sexuality and relationships. Women are meek wall flowers.

The article makes it known that she 'kissed a lot of frogs' implying that she is "used goods". Another outdated depiction of women — that women are supposed to remain virtuous until marriage.

Markle is being attacked because she doesn't "fit the bill" as a royal.

She was born in America, has an African American mother and a Caucasian father. She was married before, dated men before, doesn't have the British stiff upper lip and didn't originate from a wealthy background (there's no blue blood).

In 2018, we are supposed to find it shocking that women are in charge of their relationships, sexuality and their money. Markle is guilty of those "crimes".