Four Corners' exposé this week on the betrayal of our aged by managed investments schemes ignored the corporate regulator's role in this debacle, says Mason initial P.

ABC’s Four Corners recently aired an episode called ‘A Betrayal of Trust’, chronicled the catastrophic financial damage to the aged of Australia arising out of managed investments schemes.

"In the past 5 years, it’s estimated up to $15 billion worth of investments have been lost in dubious investment schemes," said reporter Stephen Long.

Described as the shadowy world of managed investment companies, the story promised murder, suicide and mass destruction of wealth. It certainly delivered an historical example of the murder of retirees opportunity for their ‘golden years’, commercial suicide promoted by an incompetent Government and the greatest destruction of wealth since Federation.

The report failed to penetrate the truth regarding a national calamity known as The Managed Investments Act 1998, and couldn’t ‘finger’ the true culprit. Reporting focussed on ‘cause’, and not ‘effect’, as it obvious from any penetrating legal analysis that the blame lies with the Government regulator. ASIC, hereinafter referred to as the ‘Bumbling Bureaucrat’, implemented flawed legislation which led lambs to the slaughter for a decade. 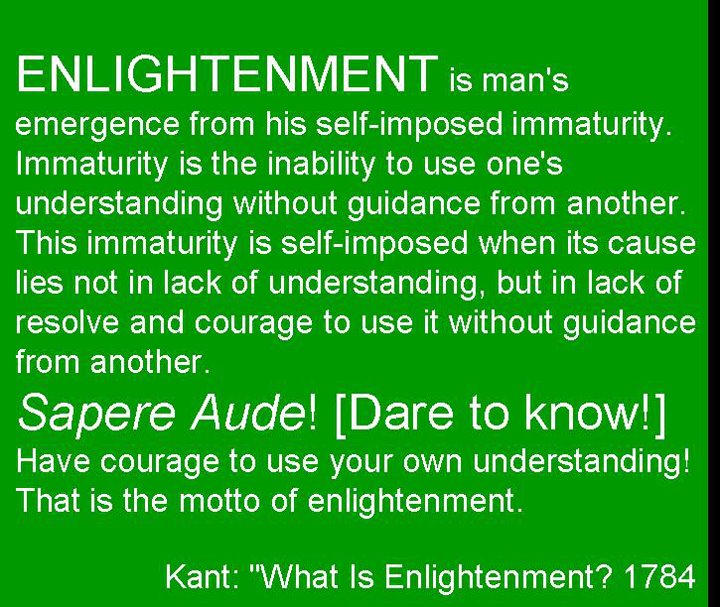 Blaming greedy, dishonest and incompetent operators is simply scratching the surface. ‘Sapere Aude’ was a latin motto embraced in the 17th and 18th centuries' Age of Enlightenment. The words mean ‘Dare to Know’ and are accompanied by the powerful incentive ‘He who has begun is half done.’ Let us reveal the greatest cover up and oppression of human rights in Australian financial history.

The five-year period in which losses occurred would take us to the commencement of the GFC — a one in a hundred year event created by epic greed in the investment banking world. The Australian banking system, described by Four Corners as the ‘best regulated in the world’, was obliged to receive taxpayer funded Federal Government guarantees to ensure survival. Meanwhile, Managed Investment Schemes were abandoned to navigate the equivalent of a financial hurricane, whilst major banks withdrew their finance support from the industry. They sent in their ‘attack dogs’ – the insolvency hyenas – and now dominate the finance market in an oligopoly described by the G20 as a ‘potential moral hazard’ and the ‘most lucrative in the world’.

Any competent Responsible Entities not owned by institutions were thrown to the wolves, whilst others failed because they were destined to, based on incompetent legislation. What remains is a major banking system that holds regional Australia to ransom and engages in routine corporate bullying and misconduct whilst the regulator turns a blind eye.

The aged of Australia are living in penury because of the catastrophic stupidity of ASIC in failing to provide a regulatory capital structure in the managed investments industry. Any spiv or shyster who could fill in a form beat a path to their door to be licenced to look after the nest egg of our aged. All banks in the world are obliged to have 8 cents in the dollar as equity to protect depositors capital. Why wouldn’t they make it at least 5 cents? I know of one faithful operator who had 20 cents and yet was viciously attacked and put out of business. If they had properly structured the industry, not only would many billions of precious retirement savings have been preserved, but regional Australia would have viable alternatives to our oppressive bank monopoly.

The Managed Investments Act provided for the creation of a Responsible Entity (RE). By the early 2000’s, an RE had become an oxymoron, much like ‘civil engineer’ or ‘trusted bank’. (Apologies to engineers, but my memory of engineering students at University in the mid-70s was anything but civil.) ASIC, not satisfied that they’d already created a certain ‘trap’ for the aged investor, introduced even more stupendously stupid legislation in response to the early substantial losses. They obliged all RE operators to generate more paper to show compliance with various ‘Disclosure Requirements’. This meant that the shysters, by ticking more boxes, could now show their aged investors that they had Government endorsement. The aged hastened to the mortgage fund industry to survive as miserable bank depositor rate barely put bread on the table.

Meanwhile, the major banks got in on the ‘Act’. They  developed mortgage funds of their own that had massive losses, whilst walking away from their negligence, when the storm hit. Meanwhile, investors suffering mortgage losses were the same taxpayers guaranteeing the banks so they could survive the GFC and create a price-fixing monoply. As an example, CBA owned the Colonial First State Mortgage Fund, which had decimated investors capital in mortgage investments, whilst the bank received $28 billion of new deposits, compliments of a Government guarantee and doubled profits to $6 billion per annum. Also, the major banks liberal lending to competitor mortgage funds withdrawn post-GFC collapsed liquidity in the industry and decimated investor value.

Whilst it’s laudable that Four Corners points the finger at potential ponzi schemes, it remains to be seen if they have the ‘ticker’ to take this story all the way. Their Government-owner wants a cover up because, when they actively harm their citizens it’s called ‘misfeasance’, which incurs liability to pay damages as compensation.

This case should be fought in the International Court in the Hague, as it masks an historic denial of human rights and natural justice by ASIC and the major banks. Top-end of town major banks (whose largest shareholders are offshore banks) rule this country. What they want they get, because the unknown masters in their balance sheets are very happy with the 100 per cent profit increase post GFC. The colony performs very well for the ‘super rich’ compliments of BASEL III protection. 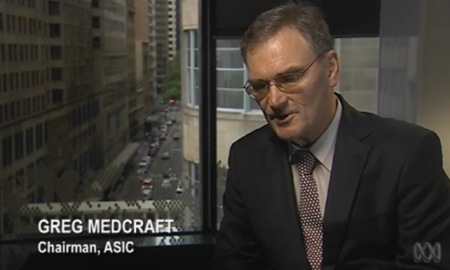 Respectfully, (or not so) the ASIC Chairman, Greg Medcraft, interviewed on Four Corners, looked like the quintessential bumbling bureaucrat. How about a decent cross examination for Mr Medcraft, and any politician who cares about our aged, and wants to know why they are buying spam instead of steak at Aldi, for the rest of their life. A Government that can’t protect the elderly doesn’t deserve to govern.

I want answers to these questions:


If you’d like to know how simple the solution would have been, ask a financier with a commercial brain. Let’s ask Suntan Man, the good looking bloke with the George Hamilton tan who comperes the TV show called ‘The Apprentice’ (and founded Wizard Home Loans). He made a submission to the Senate Inquiry into Banking circa 2010 recommending the issue of a ‘Financial Institutions Licence’.

What is that? Not a bank, not a non-bank, but a properly capitalised company. It’s that simple — and you’ll solve the bank monopoly at the same time!

I’m sure the Solicitor-General (who gives the Government legal advice) is praying this issue won’t be publicly discovered. I don’t think the Government can afford the multi-billion dollar misfeasance payout.

I’d like to suggest they ask the major banks to chip in given they handed them the market place on a silver plate. Betrayal cannot occur in the absence of trust. You cannot trust incompetent bureaucracy and you must not trust greedy banks.

The betrayal of the aged of Australia is now compounded by a purposeful cover up of the greatest financial fiasco since Federation. We all have aged that we love and many have been damaged. Let us rise up and do something about it.

The aged need us. United, we are a dangerous antagonist as we ferret out the truth. A rebellion is brewing!

24 February 2013, 11:20am James Packer and his Crown Casino head for their moment of truth in the High Court ...
Join the conversation
comments powered by Disqus
News updates