BHP BILLITON – after its incredible feat of being challenged by Panamanian law firm Mossack Fonseca for compliance breaches in the British Virgin Islands – has turned up as a client of a another tax haven facilitator, the shadowy Dutch group Citco.

Mossack Fonseca, the Panamanian law firm vilified around the world for promoting tax avoidance via sham tax haven structures is but a bit player in the murky world of “corporate services”, a convenient scapegoat for the rampant global industry of tax dodging.

This is not to say Mossack Fonseca has been dragged through the mud undeservingly. It is to say there are bigger, more blue-chip players doing the same thing: setting up secret entities in tax havens and stacking them with sham directors.

The leading lights in this industry of delivering directors for tax haven companies are Citco and Intertrust, so-called “corporate services” juggernauts which serve multinational companies in most of the world’s tax havens.

The public float documents of Intertrust, which was spun out of U.S. private equity group Blackstone last year, lets the cat out of the bag:

“We offer our clients the possibility to appoint us or our employees as director, proxy-holder or company secretary for a corporate entity”.

A phoney company with phoney directors in other words.

Citco does the same, and ironically, good old BHP, which was outed as a client of Mossack Fonseca in the PanamaPapers scandal, is also a client of Citco.

This is no historical thing either; BHP’s coal and base metals spin-off South32 also turns up with three entities linked to the Citco subsidiary. 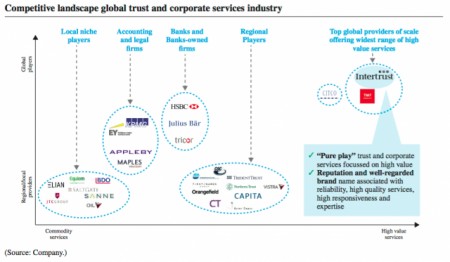 To be fair to Citco and Intertrust, their business model is mostly though not entirely preoccupied with facilitating multinational tax avoidance. There are legitimate reasons for being in tax havens such as eliminating double tax.

A good deal of their activity though is hiding things for large corporations and helping them avoid tax in their home countries.

Infamous tax dodger and arch-foe of the Australian Tax Office (ATO), Chevron, also turns up as a client of Citco, as do a slather of other multinationals such as Microsoft, Verizon and hotel chains Marriott and Ritz Carlton, and insolvency practice FTI Consulting, a subsidiary of the former top 20 Australian conglomerate Pacific Dunlop and Guiness Peat Group.

For BHP, once deemed a corporate cleanskin, yet another tax haven tie-up only further shakes confidence that the company is doing the right thing on the tax front.

Inside The Panama Papers: Dirty Little Secrets- "How the Super Sleazy Hide their Money".

Arising from the Panama Papers imbroglio — a leak of 11.5 million Mossack Fonseca documents uncovered by the International Consortium of Investigative Journalists (ICIJ) in Washington, BHP was outed as a client of Mossack.

Buried in the trove of documents was evidence that Mossack’s compliance division in Panama told BHP in June last year that its activities in the British Virgin Islands had put on of the company’s subsidiaries there in a “high-risk” governance category.

That followed a reprimand by the Senate committee in charge of the Inquiry into Corporate Tax Avoidance for BHP’s “marketing hub” activity in Singapore.

These euphemistically named “marketing hubs” in Singapore are commonly deemed to be entities set up for the purpose of avoiding tax. The way it works is the commodities mined in Australia are sold to a marketing hub on the cheap – thereby lowering both tax and royalties as the price is lower – before being onsold again to another destination at a higher price.

“Directors to suit your requirements”

Back to the corporate services players however. The publicly available materials of Citco and Intertrust provide an illuminating window on both the growth in the tax avoidance industry and the means by which tax avoidance is facilitated via dummy companies.

We want your new venture to hit the ground running by providing you with a registered address, furnished offices and directors to suit your requirements, and ensure you’re compliant with every local regulation.

Intertrust’s services include … directors or proxy-holders …

We have leading market positions in key geographic markets of our industry, including the Netherlands, Luxembourg, the Cayman Islands and Guernsey

Intertrust clients include 38 per cent of the Fortune Global 500 and 60 per cent of Top 10 — the biggest of the world’s multinational companies.

“Value of the global trust and corporate services market … was estimated at approximately €5.6 billion”

This tax cheaters market is big. The IPO documents for Intertrust estimate in 2014 the total value of the global trust and corporate services market … was estimated at approximately €5.6 billion in revenue.

The market is fragmented with a slew of small firms but also divisions of banks such as HSBC, and Big Four accounting firms EY and KPMG. The top three players are Intertrust, Citco and TMF and the trend is for increasing market consolidation by takeovers.

It is little wonder there are trillions of dollars locked away in tax havens while Western governments such as Australia struggle with their budget deficits.

If respected companies like BHP engage in tax avoidance it normalises this behaviour & green lights others to try https://t.co/sMWjId2gyt

The Intertrust documents also disclose a raft of legal claims. The “Risks” section of the prospectus notes:

As a provider of trust and corporate services, we operate in a litigation sensitive environment and are susceptible to litigation and claims.

Many of these (actual) claims allege breach of directors’ or trustees’ fiduciary duties, fraud, misappropriation of funds, wilful misconduct, (gross) negligence or breach of contract.

The bulk of these tax haven entities are artificial structures.

Again, in “Risks”, there is a warning about the dangers of the EU’s

'Parent Subsidiary Directive which requires the member states of the European Union to include in their domestic legislation provisions against hybrid financing arrangements and to implement a general anti-abuse rule, pursuant to which the benefits of the directive are withheld in case of artificial structures …'

In Australia, Part 4a of the Tax Act deems that the principal purpose of a transaction should be commercial (rather than tax driven). In light of the proliferation of tax haven activities by Australian companies this law, Part 4a, must be the most highly disregarded and disobeyed law in the nation, perhaps only topped by traffic offences.

As usual the Big Four accounting firms, EY, PwC, KPMG and Deloitte – both as auditors and as tax structurers – are there with bells on.

The Intertrust materials show the way it all works. “Business partners” is the key term:

In addition to our cross-selling efforts, we rely on our business partners, which include financial institutions, law firms, auditors and financial advisory firms, to refer new business to us.

The Big Four accounting firms, the architects of global tax avoidance, structure the tax schemes and refer their sham entity business to the likes of Citco.

For its part, Citco has its corporate origins in the Second World War when its founder sought to shift Dutch money offshore so the Nazis couldn’t get their hands on it. Hence the picturesque tax haven of Curacao was established.

And what a resilient industry – hiding wealth and cheating on tax – this has been.

We believe this reflects the resilience of our industry through economic cycles and changing regulation. Although growth rates have been affected by macro and regulatory events, the net inflow of client entities, meaning the number of newly incorporated entities minus the number of liquidated entities in the relevant period, has remained consistently positive in the Netherlands during the 40-year period. 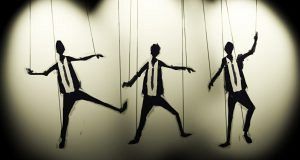 This article was originally published on 13 September 2016 on michaelwest.com.au and has been reproduced with permission. You can read more from Michael on his website and follow him on Twitter @MichaelWestBiz.