BANGLADESH STARTED to relocate Rohingyas to Bhashan Char on 4 December 2020, to reduce pressure from the congested camps and to accustom them to normalcy after repatriating to Myanmar. Though some rightist groups are raising their concern over the vulnerability of the island and voluntariness of the Rohingya refugees to be shifted, Rohingyas are shifting to the island “for a better and secure life”.

In the seventh phase, 369 more Rohingyas left relatively unsafe and clumsy Cox's Bazar camps for Bhashan Char through the Bangladesh Navy ship Penguin on 25 November 2021. With this, the total number of Rohingya citizens in the Bhashan Char camp has reached nearly 20,000 — one-fifth of the proposed 100,000 Rohingyas to be temporary relocated there.

At the same time, on 30 November 2021, the Bangladesh Government for the first time allowed 68 Rohingyas from the island to meet their families in the Cox's Bazar camps which have been voiced by the rightist groups and the Rohingyas. 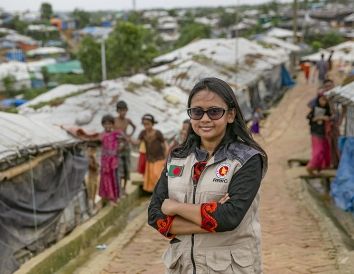 On 9 October 2021, the UN agreed to cooperate with Bangladesh in the Bhashan Char refugee camp for the Rohingya.

According to a senior disaster management ministry official, the relocated Rohingyas will be allowed at least two trips per month from the island to the mainland camps. The acceptance of the family visit will smooth the relocation process and will help Rohingyas to acclimate in Bhashan Char.

After signing the UN-Bangladesh MoU on engagement in the Bhashan Char facilitates, this is the first batch to relocate to the island. The resumed relocation has started at a time when the situation in the Cox's Bazar Rohingya camps is outrageous after the recent incidents of the killing of prominent Rohingya leader Mohib Ullah and seven other people there within a month.

The common Rohingya people are constantly facing excessive dismay after the incident. Besides, the deteriorating conditions of the camps due to increased criminality, gang culture and drug trafficking are instigating the Rohingyas to relocate for a better future. The engagement of the UN in providing better facilities in the Bhashan Char has convincingly attracted the Rohingyas in voluntarily shifting to the “modern township”. The goal of relocating up to 100,000 Rohingyas to the island is to create a safe and engaging place for them until repatriation takes place.

For decades, the Rohingyas have been denied access to basic human rights such as safety, food, health and education. With systematic persecution against the Rohingyas, they were forced to leave their country of origin and take refuge in the camps in Cox's Bazar where 303,070 Rohingyas had already been staying. 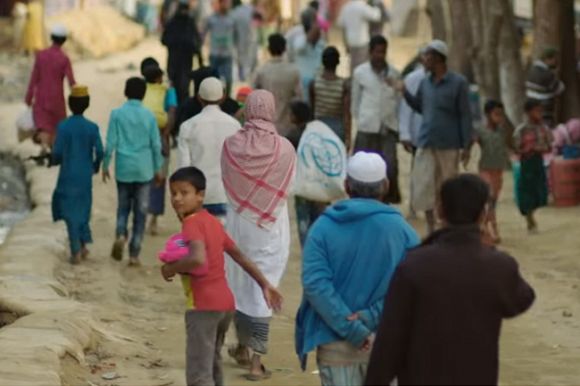 Roughly 1.2 million documented and undocumented Rohingyas are now concentrated within choked sites in Ukhiya and Taknaf Upazilas of Cox’s Bazar District, putting immense pressure on the half a million Bangladeshi inhabitants who live there.

Besides, the high birth rate among the refugee population has been causing demographic imbalance and tension between “hosts versus the Rohingyas” in the area that also contributed to thinking about the temporary relocation plan. Needless to say, Bhashan Char provides much better opportunities for living than the Cox's Bazar camps.

The present political context of Myanmar is undermining the spirit for repatriation. However, in finding a sustainable solution to the problem, there is no alternative to repatriate them to their homeland.

Before the latest influx of Rohingyas started in August 2017, Rohingyas were repatriated under the present military rule in 1978 and 1992-93. But, a single Rohingya is yet to be repatriated to Myanmar. Bangladesh and Myanmar are engaged bilaterally to ensure the repatriation process of the world's most persecuted refugee population. With intentional lack of earnestness from the Myanmar side, Rohingya repatriation is being interrupted and thus, the fate of the several hundred thousand Rohingyas is swinging in the air.

In the last United Nations General Assembly (UNGA) resolution – passed anonymously – on the situation of Rohingyas and other minorities in Myanmar, it is clearly stated to materialise the Bangladesh-Myanmar agreement on repatriation irrespective of the military ruling.

In the latest multilateral forums, the Prime Minister of Bangladesh, who is devoted to humanity and decided to take on the huge burden in 2017, is consistently urging the world community to take concrete actions to find a durable solution to the problem.

To be specific, likewise the massive humanitarian shelter of Rohingyas since August 2017, Bhashan Char has also proved to be a successful initiative of Bangladesh to stay beside the forcibly displaced Rohingya refugees. However, the Rohingya crisis has now become a poison boil for the country.

Everybody should understand that the relocation is a temporary alternative, not a permanent solution. The ultimate solution to the problem rests with ensuring the peaceful and dignified return of the Rohingyas to their homeland.

Shaikh Abdur Rahman is a research assistant at Central Foundation for International Strategic Studies based in Dhaka, Bangladesh.

22 October 2021, 3:00pm On 9 October 2021, the UN agreed to cooperate with Bangladesh in the Bhashan Char ...
Join the conversation
comments powered by Disqus
News updates