A Variety review of an Oscar-nominated film dealing with the Holocaust has branded it as Serbian nationalist propaganda, writes Branko Miletic.

THERE ARE MANY THINGS one could say about the Academy Awards, but allowing the Oscars to be used for point scoring in unresolved Balkan Wars is a new low even for ethically-challenged Hollywood.

This year’s Oscars’ controversy is over director Predrag Antonijević’s entry Dara of Jasenovac, a film about the Word War Two Jasenovac concentration camp that operated for nearly four years by the Nazi-allied Independent State of Croatia (NDH).

According to Variety’s Jay Weissberg, whose savagely honest review of the film deserves a new level of respect to be given to the craft of journalism, writes, among other things:

‘It’s a testament to the cravenness of the Holocaust industry that an undisguised piece of Serbian nationalist propaganda like Peter (Predrag) Antonijević’s “Dara of Jasenovac”, dressed up in concentration camp clothing, can find distribution outside its native land. Less surprising is that it’s been submitted for Oscar consideration.’ 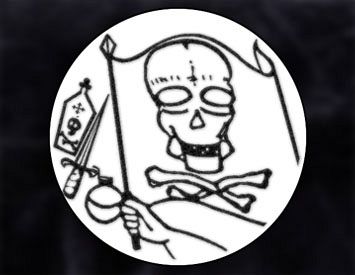 After 100 years, the Black Hand still casts its shadow over Europe

There is more to the story of how WWI began, including the involvement of a terrorist group known as the Black Hand.

Weissberg also has issues with the film’s plot:

It’s unconcealed anti-Croatian, anti-Catholic nativism is baldly designed as incendiary fodder for current rifts between Serbia and its neighbours, while its delight in visualising the sadism, contrasted with childhood innocence, pushes aside any reflection on the dangers of nationalism, murderous racism and genocide, replacing them with cheap sensation and sentiment.

A Holocaust movie designed to stoke animosity against Germans today would be roundly condemned; to not recognise the same problems here is willful blindness.

In other words, the film, which was financed by the Republic of Serbia, is little more than Leni Riefenstahl-esque propaganda, which at the time writing looks like now becoming part of Serbia’s lawsuit against various U.S. media outlets like Variety and the Los Angeles Times, alleging their “genocide denial” stemming from the bad reviews.

However, that is just the start of the problems with Dara of Jasenovac.

While Weissberg also noted that Serbia’s hijacking of the Shoah ‘has long been a ploy to garner international sympathy and legitimise territorial expansion together with racist policies’, there are many sides to this controversy, and as Phil Graham, legendary owner of the Washington Post once said:

“News is only the first rough draft of history.”

In 1947, communist Yugoslavia’s War Crimes Commission investigated the Jasenovac camp, where after two years of digging up 220 square kilometres of land, just under 5,000 human remains were found. Of these, the War Crimes Commission identified exactly 2,570 as victims of the camp, later claiming the real figure was closer to about 29,000. 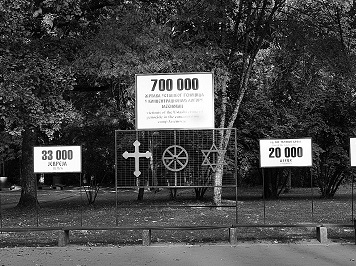 By 1960, on the eve of the War Reparations Talks in Paris, Yugoslavia increased the death toll to 59,198 in an apparent bid to squeeze more money out of West Germany. Unfortunately for the Yugoslavs, however, the Germans turned up with the camp’s original documents and in the end, Belgrade’s delegation was forced to accept a total number of 51,053 victims across all 67 Axis concentration camps and detention centres in wartime Yugoslavia.

If the current growth continues, it’s been estimated that the Jasenovac death toll is set to surpass that of Auschwitz by the year 2650 — more than 700 years after the end of World War Two.

Serbian nationalists shamelessly call Jasenovac “the Auschwitz of the Balkans”, claiming an almost exclusive Serbian death toll of over 700,000 or 272 times the amount excavated in 1947-48.

If that same growth rate was applied to Auschwitz’s 1.5 million dead, we would end up with 400 million Jews killed in Auschwitz alone. One can only imagine the response from Hollywood and beyond if a film dramatising the Nazis killing 400 million Jews was submitted for Oscars consideration.

And it’s not just in the theatre of the absurd that Dara of Jasenovac stars in. Mathematics, too, plays an important supporting role here. 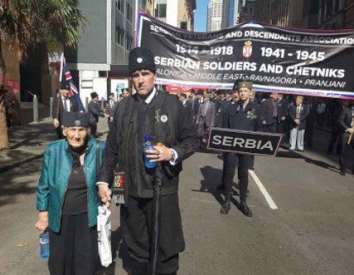 Australia’s Returned and Services League (RSL) is allowing a Nazi-aligned group from WWII and their supporters to march in Anzac Day parades.

Three weeks ago, a group of eminent computer scientists published a peer-reviewed paper with the New York-based Institute of Electrical and Electronics Engineers (IEEE) that further underlined the absurdity of this issue.

According to lead researcher, Dr Nikola Banic, by using what is known as the Total Variation Outlier Recogniser (TVOR) scientific method of checking mass demographic variances, a total of 74,288 entries of Jasenovac’s official 83,145 victims were found to be incorrect, invalid or just physically impossible — that is, fake.

In other words, 89% of the names listed were false or dubious according to Dr Banic, who went on to note that:

‘Jasenovac is a massive hoax on which money is being wasted but no-one wants to redress.’

This adds to the past 11 years of work by Dr Banic and his team who have used a range of Big Data tools like bots and algorithms to show the Jasenovac death toll has been artificially and deliberately inflated. Incredibly, it is still rising year-on-year like the NASDAQ or mortgage rates.

In the end, the film Dara of Jasenovac can be thought of as just another piece of the Balkan mythomania puzzle which deserves global condemnation and not nomination to the world’s most famous and prestigious film awards — if not for the true victims of the Holocaust, then at least for historical integrity.