On ANZAC Day, let’s remember Simpson as neither sinner nor saint, but a man who took the same risks, like many other soldiers who are now largely forgotten, writes Dr Michael Tyquin.

YES, IT'S THAT time of the year again, Australian and New Zealand Army Corps (ANZAC) Anzac Day, our national holy day. And so the familiar icon of Australia's most popular saint and his four-legged mate – variously known as Scottie, Duffy or Murphy – are feted to public acclaim.

I refer of course to John Simpson Kirkpatrick (or Simpson as he is best known) and his donkey, an unlikely couple who continue to fascinate the Australian public — from schoolchildren to politicians. But were they really special and does our commemoration of them help us better understand those Australians who fought in the 1915 Gallipoli Campaign?

Was Simpson special? He did the same work and took the same risks around Anzac Cove as many other soldiers who are now largely forgotten.

The 23-year-old's active service life on Gallipoli spanned a little over three weeks. He was killed by shrapnel close to the same place where Major-General Sir William Bridges was felled by a sniper's bullet four days earlier. "Murphy" survived and went on to work alongside other donkeys used by an Indian Field Ambulance.

Were such donkeys unique? New Zealand has its own hero whose photographs and paintings continue to be confused with that of Simpson. This is Richard Henderson, a stretcher bearer who also used a donkey to carry the wounded. He does not enjoy any particular place in that country's historical narrative and certainly lacks the star status accorded to Simpson.

Since World War One the story of Simpson and Murphy has been exploited for one cause or another: to support conscription, counter Communism and more recently to define our national identity. He appears on coins, medals, plaques, a banknote and the covers of dozens of kiddies' books. Indeed, Patsy Adam-Smith wrote about such literature in her seminal work of 1978, The Anzacs.

The author said she was

'sick at heart at the proliferation of simpering words for school children...'

Nothing has changed over the subsequent four decades.

Simpson's deeds were first publically aired in a West Australian newspaper as early as 1917 but it was not until 1965 that Reverend Irving Benson's book The Man with the Donkey: John Simpson Kirkpatrick The Good Samaritan of Gallipoli again stirred public interest.

Later, as part of bi-centenary celebrations in 1988, a life-size statue of Simpson and "Murphy" was unveiled at the front steps of Canberra's Australian War Memorial. The keeper of the eternal flame officially noted that the monument is 'warm, accessible and above all, a work of humanity' — not always soldierly attributes.

Over 30 years later, its bronze patina has been rubbed to a shine by thousands of hands. It is often festooned by poppies which gives it the unwarlike air of a Sicilian carnival float. Foreign tourists touch it for luck, blissfully unaware of its symbolism. Simpson himself would find it hard to understand both the symbolism and even the need for such a statue.

In 1992, in his book Simpson and the Donkey: The Making Of A Legend, Peter Cochrane wrote that to see Simpson as the 'true Anzac' is to 'recognise that the Anzac legend was something about mateship and toughness'. And so the legend has taken root.

More recently a forensic study, Dust Donkeys and Delusions: The Myth of Simpson and his Donkey Exposed, which exposed the untruths surrounding Simpson's life story, has done little to dent the man or the myth. We still seem content to bathe in the reflected virtue of a soldier who was just an average bloke like most of his contemporaries in the First Australian Imperial Force.

Despite predictions of the demise of Anzac Day, it has not diminished in our national consciousness. If anything, it has taken on a new, albeit brittle significance, where on 25 April media commentators fall over themselves in broadcasting saccharine, sometimes doleful, commentaries on streets marches, war, veterans, what Anzac "really means" and of course the meaning of Simpson and his donkey. 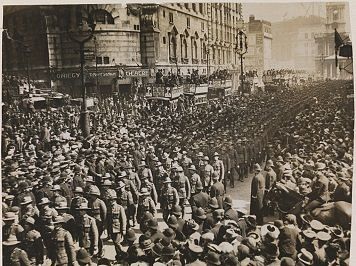 As with every other religious occasion, Anzac Day starts with an error, a delusion and a misunderstanding.

But we should remember that those who wear uniform come from all walks of life and carry within them good and not so good characteristics — all traits seen in Simpson.

He was never the undisciplined barroom brawler of countless stories. But not a few of his mates – and soldiers since – were hardly exemplars of what we would regard as acceptable behaviour when it came to dealing with the enemy. This has been a constant from our involvement in the 1885 Sudan Campaign, the Boer War, two world wars, the all-but-forgotten Korean War, Vietnam — and the suppurating sore that is Afghanistan.

For many of those who served in these conflicts, the adulation of Simpson has effectively airbrushed them from our sanitised post-colonial history wars. Not only do we ignore his colleagues who performed the same task, but the detritus of war: the physically and psychologically scarred, the deserters and other military miscreants.

Historian Joan Beaumont noted in her book Broken Nation: Australians in the Great War that Simpson

' ...is a remarkable example of how a particular memory of the past can survive to the exclusion of others'.

Simpson is rightly held up as an exemplar of what are or should be the core values of those we send to fight abroad on our behalf. But let’s remember the man, rather than as sinner or saint.