With the HSU continuing its Federal Court action against new bankrupt Kathy Jackson this week, Peter Wicks from Wixxyleaks takes a look at what we can expect.

On Friday, Justice Tracy ruled in Melbourne Federal Court that the application for a permanent stay of proceedings in her now approximately $2.5 million Federal Court case was to be denied. What this means is that Kathy Jackson will now have to answer the same types of questions she demanded everyone else answer but desperately sought to avoid answering herself.

These are the questions that Craig Thomson had his name dragged through the mud for years over for what in the end amounted to be less than $10K. Jackson will be answering for approximately $1.4 Million of allegedly misappropriated union funds.

Below are links to the defense lodged by Jackson’s lawyers and also a copy of Justice Tracey’s judgement on the application for a permanent stay:

With a criminal investigation currently in full swing into much of what has been covered on this site for the past few years, many members will be hoping she will be in receipt of a permanent stay in somewhere with bars, as opposed to mini-bars.

In Justice Tracey’s judgement, we have a glimpse of the frustration he must be feeling at seeing this matter delayed for over a year.

“The delay in commencing the trial is, in no small measure, attributable to failures on the part of Ms Jackson to comply with procedural orders made by the Court.”

Justice Tracy points out that the mysterious disappearing evidence that Jackson is basing her sub-standard defense upon may have actually benefitted the HSU's case more than her own. He also notes that the Union has made many attempts to subpoena copies of these documents that may have been in the hands of Jackson’s factional allies.

Justice Tracey’s final point on this was:

Jackson’s other claim is that this whole legal case was about revenge for her campaign against Michael Williamson and Craig Thomson (without a p).

Her claim is that the union is seeking the

So let’s look at this financial destruction for a minute.

As we are all aware, Jackson has declared herself bankrupt.

Jackson’s claim is that once she has transferred her multi-million dollar property into her partner Michael Lawler’s name she will have nothing left. 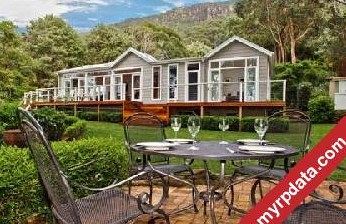 This ludicrous situation would see a declared bankrupt who is alleged to have fraudulently obtained the wealth she seeks to sign away living the life of Riley in one of two neighbouring multi-million dollar mansions — one purchased with money allegedly misappropriated from some of the lowest paid union members in the country, the other purchased using the funds of a dementia sufferer after Jackson’s de-facto husband gained control of his estate. 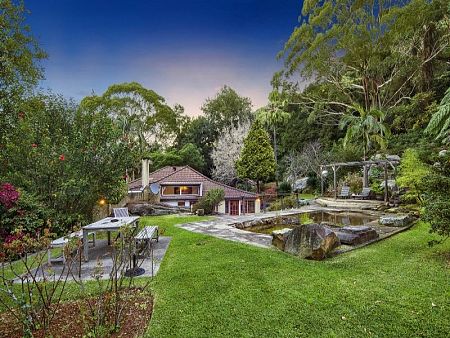 The house purchased on David Rofe's behalf, which neighbours Jackson's

However, it is not just the property that will need to be looked into, I’m sure with Jackson’s extravagant lifestyle she has picked up a few valuable items and trinkets along the way.

Jewellry, for example? I can’t imagine that Lawler would have too much use for it, after all it can’t be all hung from nipple rings. Surely the members could gain a few quid back from all that? 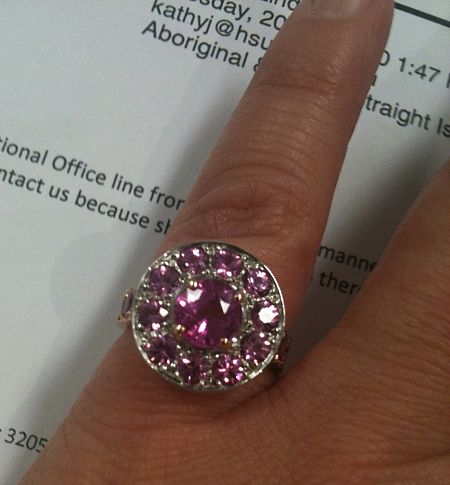 Nice ring, Kathy. Note the email address on the document

Home furnishings? Cars? Clothing? I’m sure there are many ways to retrieve some of the union funds.

With Kathy a listed beneficiary of David Rofe QC’s estate now that he has dementia, she is set to inherit approximately $3 million should he pass away.

It would be interesting to see how that would handled should he pass during her bankruptcy period (that the union may seek to extend to eight years); the union may be able to claim almost all of it.

Rest assured, however, that I’m sure Tony Abbott’s brave and courageous woman, and the man he appointed as the nation's second highest-ranking industrial judge, are working on that now. No doubt the dementia-dollars will find themselves funneled into some trust fund in a kid's name or something.

As for the bankruptcy, Team Jackson has appointed Hall Chadwick to handle the affairs. To say Hall Chadwick don’t come cheap is an understatement of epic proportions, below is their rate card.

This to me seems a bit like buying a Rolls Royce to hook up a trailer so you can cart your belongings to the pawn shop.

Fortunately, Lawler is picking up the tab, which is likely more affordable when you are in receipt of a multi-million dollar property and receive a massive taxpayer funded wage for the job you seldom seem to show up for.

On this subject, The Australian is currently dumping all over Michael Lawler for taking month after month of sick-leave from his $430,000 taxpayer-funded role that Tony Abbott bestowed upon him.

Perhaps News Ltd should cut him a little slack?

I can think of at least one time where Lawler has rocked up to the office well outside office hours. Not only that, the occasion even occurred on his son’s birthday.

You see, Lawler and Jackson allegedly held an 18th birthday party for Lawler’s son. Kathy knew Lawler’s son well, as payslips prove; she had previously employed him at her union, paying him a higher rate than most of her members earned and during Xmas holidays. She did this despite Lawler’s son being located in a different state. Just for good measure, she also employed Lawler’s other son. 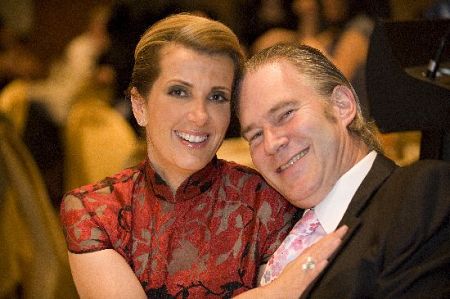 Kathy Jackson and Michael Lawler at another knees up

Anyway, the party was held on the Sydney premises of the Fair Work Commission, in one of the hearing rooms and it has been alleged that the mess left behind after the boozy episode required the cleaners to be called in on a Sunday.

So, clearly Lawler can show up to work when there is something important on.

This episode also shows Lawler’s obvious respect for government and taxpayer property. I certainly hope the taxpayer didn’t pick up the cleaning bill for dragging cleaners in on their day off.

This week, we will continue to see this limo wreck in slow motion as court resumes.