Kathy Jackson has today been appearing again at a special extra hearing of the Trade Union Royal Commission (TURC) in Sydney, while Peter Wicks releases his witness statement to the Royal Commission. 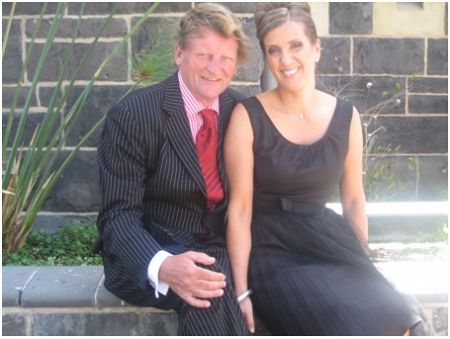 THIS MORNING at TURC, Kathy Jackson was unable to explain, amongst other things, why she thought transferring $50,000 from the HSU to her NHDA slush fund meant she could then give this same money to her former husband, Jeff Jackson, the next day and that would make it no longer HSU money.

Kathy Jackson shown clearly to have laundered HSU money, but says "I didn't see it that way". #TURC takes a recess. Jackson is finished.

Much of her testimony contradicted her previous evidence at TURC.

You could have watched the afternoon session via webcast here — except that after being backed into a corner, Jackson claimed she had been ambushed by new evidence and now says she needs to get urgent legal assistance.

What is it about answering questions that makes KJ feel ambushed? She was promised otherwise? #turc

As she cried poor little Kathy, Jackson also defamed a former HSU printer and had a go at the media — something she had been rather expert in manipulating up until now, many may have thought.

Kathy Jackson doing the poor Kathy routine about the media in #TURC. Of course, she had no such sympathy for Craig Thomson.

TURC was then abruptly adjourned until next Monday in Brisbane, presumably without the teary/angry face of Kathy Jackson.

Until Jackson appears again, whenever that may be, take a moment to peruse Peter Wicks' witness statement to TURC, which he released to the public yesterday and can be read as a PDF here. 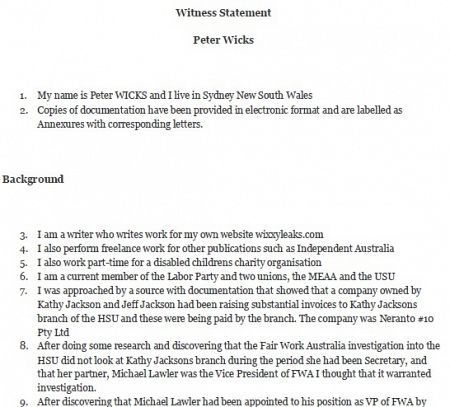 It should be remembered that Wixxyleaks and Independent Australia first started publishing allegations about Kathy Jackson, backed by reams of verifiable primary source documentation and a wealth of other material, over two years ago. We were widely mocked and derided for doing so, but the truth has a way of coming out in the end.

Get up-to-date on the full Jacksonville saga here. 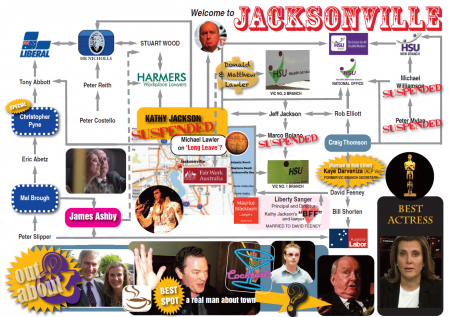 3 June 2021, 8:00am The mainstream media have picked up yet another IA investigation — proving yet ...
Join the conversation
comments powered by Disqus
News updates