Hanson's autism remarks miss the point of NDIS, Gonski and so much more

Hanson is ill-informed and divisive. However, parents of children with disabilities owe her thanks for this high profile discussion, writes Jane Salmon.

THE VIEW One Nation Senator Pauline Hanson reflects is one of ignorant prejudice, exclusion, scarcity and austerity.

Ms Hanson said about children with disabilities or autism, in the Senate on Wednesday (21 June 2017):

Most of the time the teacher spends so much time on them they forget about the child who wants to go ahead in leaps and bounds in their education, but are held back by those.

It’s no good saying we have to allow these kids to feel good about themselves and we don’t want to upset them and make them feel hurt.

We have to be realistic at times and consider the impact that is having on other children in the classroom.

We need to get rid of those people because you want everyone to feel good about themselves.

According to the Courier Mail:

Piling on against Hanson is hard to resist. She's under-educated, ill-informed and holds the entire nation back. There is not a vulnerable or minority group she hasn't tried to isolate. This is more of the same.

However, parents of children with disabilities owe her thanks for this high profile discussion.

Our family has operated on the knife edge of this debate for at least 13 years. Both my children have varying degrees of Autism Spectrum Disorder (ASD). Like their father, paternal uncles and cousins. My genes contributed the learning challenges like dyslexia and moodiness. It's quite a package.

My boys have been both excluded and included along public and private funding lines, and along resource lines, from playgroup to preschool, to primary and high schools.

Upon diagnosis, we got told to collect our massive cash deposit from the local private school (that had already accepted them) and bugger off. They could not access Federal funding for intellectual disabilities, we were told. I went into shock.

Then we got told to go "mainstream" at a local school, with few aides or teachers trained in behavioural and additional learning support. 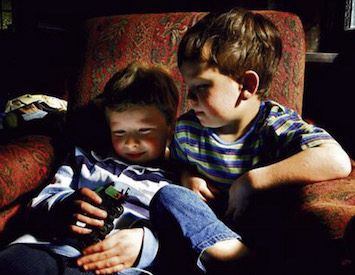 We fought for segregation within the public system support class, four suburbs away. This expensive option was wonderful, a cocoon. We were all on the same page. We were a cohort and a unified lobby.

After two years, the NSW Department of Education demanded we switch back to the mainstream option.

So it was back to the local primary school where we drowned — for about four years. Some teachers were superb and, basically, the kids survived on goodwill. A large proportion of parents were stand offish or resentful. No birthday parties for us.

Fortunately, the enlightened souls mucked in. Then I was diagnosed with stage three cancer and people treated us with kindness. Breast cancer is easier to connect with than autism.

The education system continued to rearrange itself. Funding models and policies were altered. Aides disappeared as undertrained behaviour support specialists came in. Spot funding for trendy courses and apps came and went.

The parents association paid for remedial classes. We raffled up a bloody storm. Later, after a lot of teacher resources were soaked up, the boys began to thrive. They rose to many challenges.

The needs of the specific child are usually overlooked. Stereotyping occurs. Each child is different. Some have more to gain from autism-specific settings. Others need the challenges of the mainstream with extra teacher supports. Teaching the system to look at the child, not the label, is important. Each has a unique set of strengths and capacities.

My children are sometimes disruptive or especially emotional. They have painful struggles. This is easing with time, skill, therapy and care.

By embracing students with additional needs we all grow. We grow in empathy and we grow more taxpayers, able to contribute to society.

Teachers need the skills and training to support all kids who go under the radar in the mainstream — as well as those who are diagnosed. Our kids have potential, whether in mainstream classrooms, support classes or special schools.

Too often, the potential of people with disability is wasted. Colouring in and DVDs are no substitutes for growing into the challenges of a mainstream cohort. Students with additional needs deserve stimulus and opportunity as well as specialised help.

Empathy and respect must be taught in the mainstream. Integration does that. That was the vision of Gonski for those with disabilities. A whole generation is missing out on this. It benefits everyone.

We need to skill up, not down, if we are to meet the challenges of modernity and artificial intelligence.

My firstborn with ASD, in Year 10, recently undertook a standard school occupational test. He is thriving. This child was segregated in an autism support class to start off. He has a strong work ethic and strong interests. He often skips classes — volunteering to set up assembly, doing light and sound, going to TAFE automotive lessons, enjoying woodwork, doing group projects in the library. His citizenship is terrific. The school principal says he helps keep the school of 1,600 students running. I think having challenges as a family has taught him about what matters.

The occupational testers acknowledged that he wants to go straight into the workforce as a train timetable operator or bus driver. However, the same testers suggested that his "plan B" should be something like aeronautical engineering. And both the automotive instructor at TAFE and the modern history teacher have begged for him to stay on for the Higher School Certificate, even though he has chosen advanced maths, physics, chemistry and engineering.

I couldn't be happier. 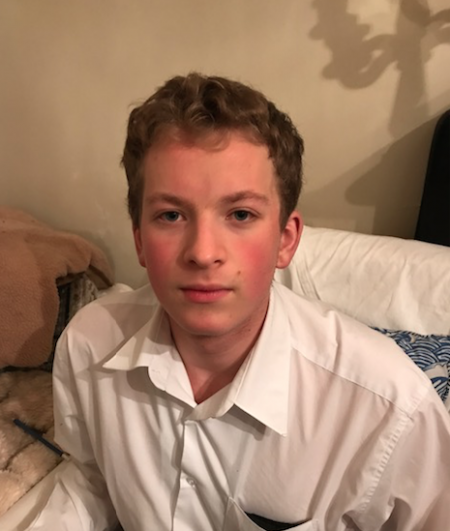 The struggle to cross from support classes to the mainstream has paid off. The dedicated teaching, special diet, the therapies, the tender loving care and fuss — all will have paid for themselves if my sons become useful, contributing taxpayers.

Gonski won't work unless the full disability education model is funded. And Australia won't stay competitive in the globalised employment or innovation markets.

Under Gonski 2.0, our local school loses a quarter of a million dollars a year. Turnbull and the private school lobby are indeed ruining educational progress in this country. Funding redistribution is necessary.

As usual, we need a more nuanced debate. If kids need special schools or support classes or if they need more support in the mainstream, let's tolerate a few "tanties" to create the taxpayers of the future. The potential of the entire country is at stake.

Our family might be on track to create productive little taxpayers. However, the determinant should not be funding.

Imagine if Pauline Hanson had enjoyed access to expert teachers interested in her intellectual and emotional development.

.@PaulineHansonOz will not vote for extra funds to cover #Disability4Gonski. Disability does not discriminate by postcode #auspol

Gonski 2.0 smoke and mirrors: Why a school needs a good accountant https://t.co/dzM6AivCXl @IndependentAus

We're on the march! Subscribe to IA for just $5.

The truth about the Medevac 'four-star' asylum seekers

23 December 2019, 10:00am Unlike media claims that the Medevac Bill promotes four-star holidays, first-hand ...