Dear Vinnies, We need to talk about your CEO Sleepout

Sam Shetler pens an open to letter to the National CEO of St Vincent de Paul, Dr John Falzon, on some issues with the CEO Sleepout fundraiser.

More accurately, we went to Vinnie’s CEO Sleepout to protest, for it has become symbolic of how systemic homelessness is perpetuated.

I know you disagree, how could you not?

At your fundraiser, CEOs are not called out — rather, they are coddled for tax-deductible donations.

"But these CEOs are the 'good ones'."

That means they would never use their tax-deductible donation to move down a tax bracket, right?

But I do acknowledge these CEOs did raise thousands of dollars for private homelessness services and had an uncomfortably cold – yet secure – sleep with only cardboard between them and the ground. 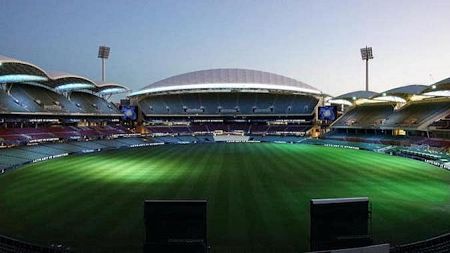 Giving some credit to CEOs for donating to fund private services that are not fully covered by public services is not problematic to me. What is problematic is CEOs simulating homelessness, whether in Whitmore Square or Adelaide Oval or by virtual reality for that matter.

It is more than a sleepout — it is a slap in the face.

We went to point out not only is simulating homelessness by the wealthy grotesque, it is also perpetuating systemic homelessness.

Governments should not be shifting more and more of its responsibility to provide housing and welfare services to the private sphere of charities.

So we stood outside in the parking lot, far removed from the entrance, as the CEOs made their way inside.

Despite us keeping our distance and acting more like Vinnies volunteers than protestors, the South Australian CEO of Vinnies was not pleased to see us.

Bluntly, CEO David Wark thought our presence was “redundant” and “harassing” to his fellow high-income earners.

To Wark’s credit, he does agree with one reason we came out to the CEO Sleepout – the rate of Newstart is too low – and he even included a flyer on the issue in the CEO "goodie bags".

So we were “redundant”, it seems.

We disagreed as a flyer is not adequate and we are concerned with more than one systemic solution to homelessness.

We had one sign about Newstart and we had one which said, 'CEOs Pay Your Taxes', tying into the current national debate around tax cuts for companies and high-income earners.

CEO Wark was really incensed and said that holding this sign was “confrontational” and we politely listened, yet disagreed.

Wark, frustrated with our distant presence and disagreement at Vinnie’s biggest fundraiser of the year, said he might have to take “the next step” and have us removed from the parking lot. We stayed and called his bluff.

We stayed out of the way and let our signs point to an alternative to CEO Sleepouts.

If raising the awareness of CEOs and making charitable donations attractive to them, their networks and companies is not the solution to systemic homelessness, what is?

The revolutionary solution is rather dull actually: 'CEOs Pay Your Taxes'.

That’s the short version that fits on a sign and the long version is:

CEOs stop your, “tax evasion, wage theft, superannuation theft” and lobby for your annual exemptions worth $68 billion to be abolished.

CEOs support our progressive income tax – funding the essential services that the homeless depend on – and oppose Turnbull’s "flat tax", overwhelmingly benefitting high-income earners such as yourself.

CEOs “pay your taxes”, so the Government can fund a raise to NewStart above the poverty-line and fund public housing to reduce the lengthy wait lists.

Am I being unfair? These CEOs are not all CEOs like the ones fronting the Royal Commission into banks. These are the “good ones”, Mr Wark assured us.

This is somewhat true, but the systemic issues mentioned above apply to all CEOs.

These changes may take a while, but in the meantime, Vinnies can stop coddling CEOs and CEOs can support systemic change in their day-to-day workplaces.

CEOs can tie their salary to their lowest paid worker's wage – capping it at no more than 1.5 times – and drop their membership with employer organisations, such as Business SA, lobbying against worker-friendly policies and Australia’s progressive income tax.

I guess our sign pointing to systemic solutions is “confrontational” to those who have a lot to lose. Not physically, of course, such as when Mr Wark thought homeless people arriving unannounced to the CEO Sleepout in Whitmore Square two years ago was “confronting”.

CEO Wark suggested our intentions were less than noble — but I wonder, what is his intention in moving the sleepout from Whitmore Square to the Adelaide Oval? I think it is to coddle CEOs further and ensure there are no “confronting” homeless people.

The “confronting” homeless people are not pre-approved to speak and ask pesky questions such as, What are you doing here?, or to the point, Do you think you know what homelessness is like because you're sleeping out for a night?

In 2016, CEOs were separated by a security fence from the homeless of Whitmore Square and this year, they are separated by a wall to the Adelaide Oval, where the “atmosphere” inside is “something to savour”.

Inside these walls, homeless people are guaranteed not to be “confronting” to the CEOs again. But to the disdain of the SA CEO of Vinnies, there was a “confrontational” sign in the parking lot reading: 'CEOs Pay Your Taxes'.

I wonder, as the National CEO of Vinnies, Dr John Falzon, do you agree with the SA CEO of Vinnies that we were “redundant”, “harassing” and “confrontational”?

It’s hard to imagine you would agree with this description of our political action as you described homelessness as a “profoundly political problem” after attending the very first CEO Sleepout eight years ago.

Dear Vinnies, We need to talk about your CEO Sleepout