Atatürk’s famous words of 1934 in doubt

New evidence shows the famous "Johnnies and Mehmets" quote attributed to the father of modern Turkey, Mustafa Kemal Atatürk, and recited at Anzac Day ceremonies all around the world, may not be what they seem, writes Dr David Stephens.

Those heroes that shed their blood and lost their lives ...
You are now lying in the soil of a friendly country. Therefore rest in peace.
There is no difference between the Johnnies and the Mehmets to us where they lie side by side here in this country of ours ...
You, the mothers, who sent their sons from far away countries wipe away your tears.
Your sons are now lying in our bosom and are in peace after having lost their lives on this land.

These famous words may not be what they seem to be — a statement composed by the father of modern Turkey, Mustafa Kemal Atatürk.

The words appear on many monuments in Australia and Turkey, such as the Ari Burnu monument at Anzac Cove and the Atatürk Memorial in Canberra. They are recited every year at Anzac Day ceremonies around the world.

Now, painstaking research by leading Turkish scholar, Cengiz Özakıncı, has established that the "Johnnies and Mehmets" words were inserted by a former Anzac from Queensland, Alan J. Campbell, during an exchange of correspondence with the head of the Turkish Historical Society in 1978.

The research is reported by Walkley Award-winning journalist, Paul Daley, in the Guardian Australia, with additional material on the Honest History website.

The words that are now found everywhere, said to be Ataturk's from 1934, seem to be a combination of something that Atatürk may have said and an amendment inserted by Campbell, for reasons we don't yet know, but presumably because, as chair of the "Gallipoli Fountains of Honour Committee", he was looking for words to go on the Gallipoli Fountains in Brisbane. (The Fountains were opened in 1978 and demolished several years later.) 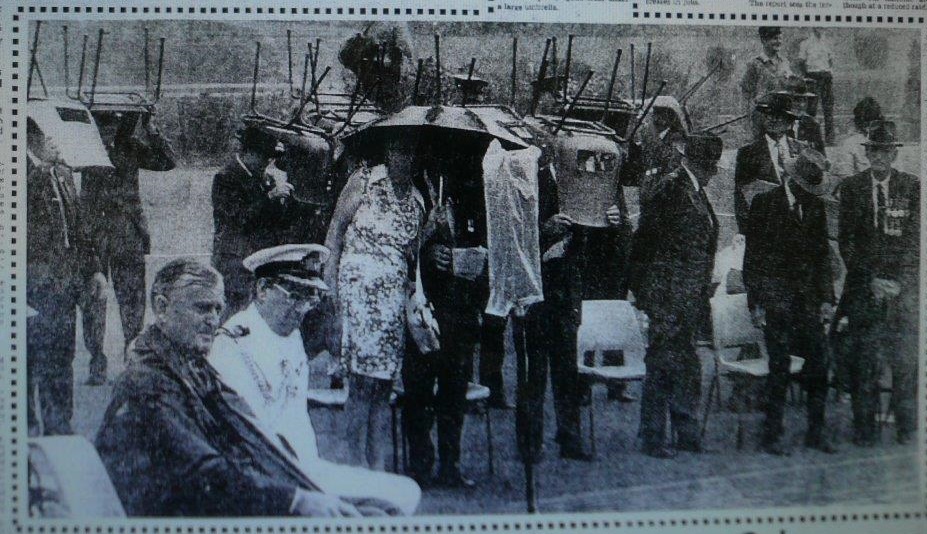 Gallipoli Fountains of Honour opening, Brisbane, 1 March 1978, with Premier Bjelke-Petersen on the left (Courier-Mail via honesthistory.net.au)

There is considerable doubt also about whether Atatürk ever said the rest of the words.

It's generally been accepted that Atatürk composed the words and gave them to one of his ministers, Şükrü Kaya, for a speech in 1934. But there is no evidence that Kaya gave such a speech in 1934. Özakıncı has uncovered a speech that Kaya gave in 1931 (with input from Atatürk) but that was a very different speech, which clearly distinguished between Turkish soldiers and invading Allied soldiers. Nothing about no difference between "Johnnies and Mehmets".

The material on the Honest History website also looks at how the famous "Atatürk words" became well-known.

The words allegedly were said in 1934. Kaya recalled them in 1953 in an interview, which was only rediscovered in 1978. There were personal and political factors surrounding that interview which need to be taken into account.

While there is evidence that words similar to the well-known ones were in use in Turkish publications in 1960 and 1969, recent research has not been able to find evidence of them being used before Kaya’s interview in 1953. Atatürk died in 1938.

Defence Minister, Kevin Andrews, used the “Atatürk words” in a speech at a conference last month in Canberra. The prime minister quoted them when he launched the Anzac Centenary Public Fund in December 2013. They appear on the Australian-Turkish Friendship sculpture unveiled just last week by Victorian Premier, Daniel Andrews; on the Ataturk Memorial unveiled in February in Sydney, and on memorials in Adelaide and Brisbane.

The words have also been used commercially — most recently on tins of Anzac biscuits sold by Aldi. They are lovely words, but we really don’t know that Atatürk ever said or wrote them. It detracts from the dignity of commemoration, whether it is in speeches or memorials, if we keep quoting these words and putting his name under them without proper evidence. Doing it again and again, as we have done in Australia and Turkey, just sets in stone what may well be a myth.

David Stephens is secretary of Honest History. You can follow David Stephens on Twitter@honesthistory1. For more information on this topic click here.