Are you not human?

Seventeen year old student, Meg Hill, pleads for a more compassionate approach to our treatment of refugees, reminding us they are human just like us.

ON THE morning of January 10th 2014, the 28th Prime Minister of Australia, Anthony John “Tony” Abbott, stated this in response to a query regarding his refusal to release information on asylum seekers and boat arrivals to the Australian public:

"In the end we are in a fierce contest with these people smugglers and if we were at war we wouldn't be giving out information that is of use to the enemy just because we might have an idle curiosity about it ourselves."

Isn't it just slightly hypocritical for someone who constantly condemned the previous government's policies on asylum seekers as a means of gaining public support during an election, to pull a cloak of invisibility over his own government's actions on exactly the same issue immediately subsequent to his winning office?

Human lives are not some kind of expendable resource on which the leader of our country can test his power of censorship over the people.

It is also slightly concerning that on the 21st of February 2014, the Chinese government expressed their concern over Australia's treatment of refugees.

When Australia – the “lucky country”, supposed leading nation in terms of freedom, liberty and democracy – is criticised for possible violations of human rights by a draconian government at the forefront of human rights abuses, who executes more of its own citizens than any other country in the world, who censors its internet of the words "human rights" and "freedom" and who actively tortures people for their political and religious beliefs, I think we need to take a step back and have a good look at ourselves.

But where do we go when this issue is not being afforded a legitimate choice by the political spectrum that provides the pendulum swing between a choice of Liberal or Labor governments? The leaders of two separate, politically opposing governments seem to have discovered mutual accord on only one policy — the degradation of refugees.

They have branded the word “illegal” across the foreheads of those seeking asylum hypocritically neglecting to acknowledge the foundations on which contemporary Australia was built. 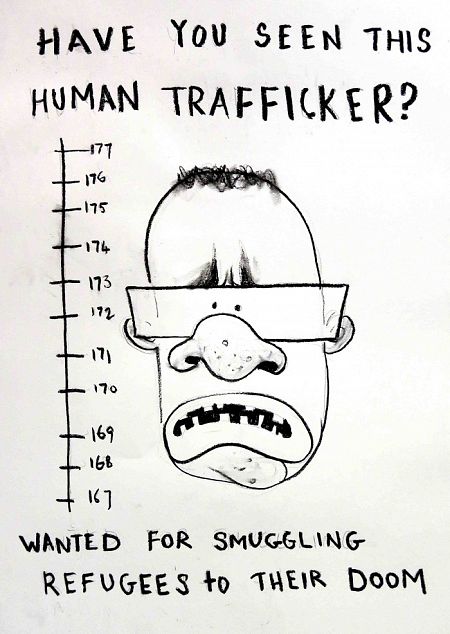 Just a few hundred years ago, no white man or woman had ever touched the tips of their toes on a single speck of the dirt that has accumulated as the land beneath our feet but concurrently floats freely as its own entity, from the deserts to the snowy caps, the rainforests that meet the shoreline, from the canopies to the decaying leaf litter that will soon turn to dirt, too.

In just the tiny blip of time on the ever expansive face of history since eleven ships sailed into Botany Bay in 1788, we have seen the influx of people from every background, every shade in a range of colors more likened to a galaxy than a spectrum, collectively carrying the genetic psyche passed down from the founders of every modern civilization.

To deny our international siblings entrance now, in their time of desperation, is not only arbitrary but also completely oppositional to the diversity that has made our country what it is.

The government seems to have developed an infatuation with the castigation of refugees, a contagion that infects the media as if the journalistic immune system of critical thinking and fact checking has all but withered away.

Among the symptoms is the breaking down of the human race into subordinate subspecies and the inflation and exaggeration of our current situation in relation to refugees and asylum seekers. As a result, it is almost certain you are not aware of the fact that there are thirteen times more illegal immigrants arriving by plane and over-staying their visas than there are legitimate refugees in Australia.

Does this tell us where the real problem and economic wastage lays? Not only this, but the Refugee Council of Australia states that we do not even make the list for the top ten nations with the largest number of refugee arrivals. In fact, we are ranked 49th.

Through this misleading creation of a common enemy, in which every day Australians actually believe that asylum seekers are a formidable threat to our way of life, a failing system of apathy is kept together like an engine with no bolts, and we rattle down an unsustainable highway manipulated by the emphasis we place on the things that tear us apart instead of the things that pull us together.

The presence of dissimilar superficial features seems to dictate our opinions of foreigners, like disparity in physical appearance is some kind of unbreakable boundary that primal human connection cannot possibly overcome. Our first impressions of another being are instantaneous identifications of the qualities that make them different from us.

We prescribe grossly stereotyped labels and repeat them like hypnotised lab rats, docile and mindless. Don’t let yourself be hypnotized. Don't be brainwashed into xenophobia. Refugees are not the enemy; they aren't '”just seeking permanent residency” or coming to pollute our culture. They're coming because they've got guns aimed at their heads. Stop ignoring the one thing we have in common: we are all humans.

Are you not a human being before you are an Anglo-Saxon, Australian-born citizen?

Before you have the privilege of education, health-care, welfare payments, clean water and food?

Before you weren't forced to hand over your life's wages, a sum already so measly in the eyes of any Westerner, to a little man with a crooked smile for a ticket on a rickety, over-crowded boat, to sail across the mass of the sea just to be intercepted by the navy of a 'free' nation and treated like a criminal. Locked up indefinitely in a detention center, labeled an “illegal” and tossed away by childish governments like they would free themselves of an unwanted toy. 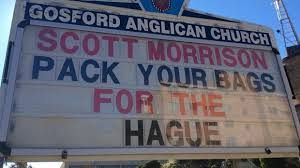 We are humans and evolving nomads. From one point on the African continent we travelled and spread until every habitable place on Earth was settled. We move by default, whether it is the vibration of a nucleus, a bus route to school or a drive home from work, we are always moving. It is only when that movement violates our borders that it becomes restricted, or taboo, or illegal.

You are a human. We are all humans and we were all born with empathy, compassion and the ability to help one another. You are a human firstly, and this comes before everything else. Before you cast blame. Before you let the government or the media manipulate you with fear — the fear that a refugee will steal your job, or your home, or your wife or husband.

They won't corrupt your children, or your culture, or rob you of your salary. They won't conduct a military coup, overthrow democracy and install a dictatorship.

Stop letting fictitiously founded fear over-rule the basic decency of the human race, because refugees are humans, too.

Are you not human?

17 January 2015, 11:30am Seventeen year old student, Meg Hill, pleads for a more compassionate approach to ...
Join the conversation
comments powered by Disqus
Daily news
Get FREE daily updates from IA to your inbox.
Just in
SHOP AT IA